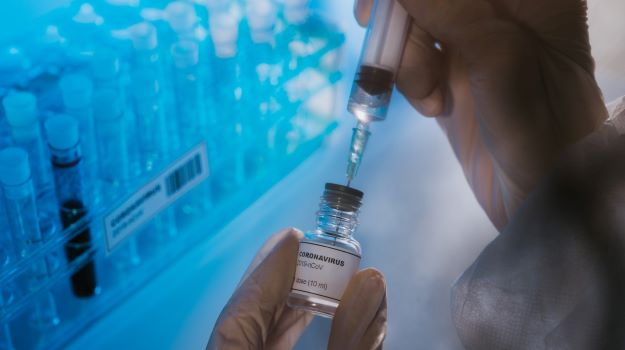 Viruses mutate. It’s what they do. And the more they replicate, the more likely they are to mutate. So it makes sense that SARS-CoV-2, the virus that causes COVID-19, is mutating as it spread around the world, infecting 112,650,750 people so far, according to the Johns Hopkins University of Medicine COVID-19 Dashboard.

Some of the variants observed so far, especially the ones out of the U.K., South Africa and Brazil, have public health officials and virologists concerned because they appear more contagious than the wildtype Wuhan, China strain. There is some data suggesting the U.K. version may be 30% more lethal than the wildtype, but that data is unconfirmed. The South African variant, in particular, appears to be more contagious while existing vaccines appear to be less effective at stopping it.

As scientists and vaccine manufacturers continue to test their products against the variants, researchers are seeing new variants cropping up that originated in the U.S.

Although the U.K., South African and Brazilian variants are not yet widespread in the U.S., researchers are reporting possible new variants appearing in the U.S. One is dubbed the B.1.526 variant, which first was identified in New York City in at least November 2020. Although the research has yet to be peer-reviewed, Michel Nussenzweig, an immunologist at Rockefeller University, who was not part of the studies out of Caltech and Columbia University, said he is more concerned about the New York variant than he is about another identified in California.

“It’s not particularly happy news,” Nussenzweig told The New York Times. “But just knowing about it is good because then we can perhaps do something about it.”

The California and New York variants appear to be different from the U.K. variant. Another researcher, Andrew Read, at Penn State University, said that these new variants don’t appear to be totally resistant to existing vaccine, although they may be less effective against them than they are against the wildtype variant. That research is still pending.

The data is insufficient to accurately predict what will happen, and experts disagree significantly on whether the California and New York variants will become the dominant strains in the U.S.

Moderna reported yesterday that it had developed a new form of its COVID-19 vaccine designed specifically to handle the South African variant. A sample of the vaccine has been delivered to the National Institutes of Health (NIH) for testing to determine if boosting people with this vaccine will stimulate a strong immune response.

“We look forward to beginning the clinical study of our variant booster and are grateful for the NIH’s continued collaboration to combat this pandemic,” stated Stephane Bancel, Moderna’s chief executive officer. “As we seek to defeat COVID-19, we must be vigilant and proactive as new variants of SARS-CoV-2 emerge. Leveraging the flexibility of our mRNA platform, we are moving quickly to test updates to the vaccines that address emerging variants of the virus in the clinic. Moderna is committed to making as many updates to our vaccine as necessary until the pandemic is under control. We hope to demonstrate that booster doses, if necessary, can be done at lower dose levels, which will allow us to provide many more doses to the global community in late 2021 and 2022 if necessary.”

Pfizer and BioNTech announced they initiated a study on the safety and immunogenicity of a third dose of their COVID-19 vaccine to better understand the effect of a booster on immunity against COVID-19 caused by the circulating variants as well as any potential new variants. It will draw on participants from the U.S.-based Phase I trial who will be offered the chance to receive a 30-microgram booster of the current vaccine six to 12 months after receiving their initial two-dose shots.

Also, the two companies are in discussions with the U.S. Food and Drug Administration (FDA) and the European Medicines Agency (EMA) over a registration-enabling clinical trial to evaluate a variant-specific vaccine with a modified mRNA sequence. It would be based on the South African variant, and would allow the companies to update the current vaccine fast if necessary. They hope that they can follow the regulatory pathway that is used for flu vaccines, where modifications to the existing vaccines are made, testing quickly in animal models, then authorized.

“While we have not seen any evidence that the circulating variants results in a loss of protection provided by our vaccine, we are taking multiple steps to act decisively and ready in case a strain becomes resistant to the protection afforded by the vaccine,” said Albert Bourla, chairman and chief executive officer of Pfizer. “This booster study is critical to understanding the safety of a third dose and immunity against circulating strains. At the same time, we are making the right investments and engaging in the appropriate conversations with regulators to help position us to potentially develop and seek authorization for an updated mRNA vaccine or booster if needed.”