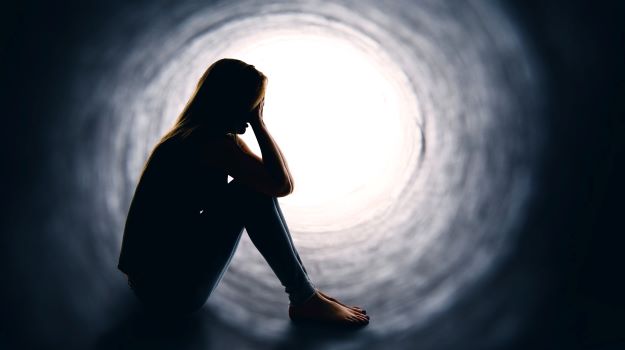 Precision medicine is expanding into psychiatry, as new tests emerge to detect the underlying genetic or physiological causes of disorders in specific individuals and companion diagnostics are developed to guide the selection of therapeutics.

Depression affects approximately 17 million adults in the U.S. – nearly 7% of the U.S. population, according to the National Institute of Mental Health. Yet, “until quite recently, new treatment approaches were one-size-fits-all. Prozac (fluoxetine), a selective serotonin reuptake inhibitor (SSRI), is the poster child. Such treatments were developed for large populations of depressed individuals, but they don’t work for everyone,” Hans Eriksson, M.D., Ph.D., chief clinical development officer at HMNC Brain Health, told BioSpace.

“As a clinical psychiatrist, I was struck by the fact that depressed patients have many different manifestations. Some may be sad, have low energy and eat and sleep a lot, while others with the same condition may be irritable, agitated, eat less and wake up early. It was a struggle to understand whether the same biology was at work. Until recently, we lacked tools (to do that),” Eriksson said.

Now, he continued, with advances in genetic analyses and artificial intelligence, science is “on the brink of developing psychiatry into a much more sophisticated scientific discipline.” That implies the combination of novel and repurposed interventions with precision applications.

For example, “about 30% of depressed patients seem to have a hyperactive stress response system that isn’t controlled the normal way,” Eriksson said. Some patients with chronic depression could, therefore, be treated with a vasopressin V1b antagonist to control the central overactivity in the brain that triggers the production of a stress hormone.

HMNC Brain Health subsidiary, Nelivabon, is in-licensing a V1b antagonist (BH-200) that, with the companion V1b test, has the potential to improve outcomes by targeting the patient population best able to benefit from this intervention.

“The V1b antagonist was in phase II trials at Sanofi a decade ago, and demonstrated efficacy,” Eriksson said. Although it showed statistical significance, it would have competed with generics and was not developed further. “Our belief is that its efficacy was driven by a subset of individuals with hyperactive stress systems.” So, with the V1b test, “we expect to see superior efficacy in this population.”

Eriksson said that HMNC Brain Health is a pioneer in developing precision medicine for the psychiatric space. It’s possible because of increasing knowledge in neuroscience, the availability of cost-effective genetics analysis and the increasing maturation of artificial intelligence.

“AI has simplified things. We can do broad genetic analyses of populations and AI can help us find genetic signatures that may not be evident otherwise. Then we can test to verify that the findings are meaningful,” he stated.

As more is learned about the brain, scientists are also exploring drugs with new mechanisms of action and modifications of drugs of abuse, such as psilocybin and ecstasy, to develop appropriate, controlled treatments.

Ketamine is a good example. It has been used as an anesthetic for more than 50 years and some researchers are showing that it also has an antidepressant effect. Unfortunately, in about a quarter of patients, its side-effects include dissociative experiences (such as hallucinations) and increased blood pressure when delivered intranasally or intravenously. Therefore, the approved formulation of esketamine has to be administered under the supervision of a healthcare professional. That, however, “leads to logistical issues in practical medicine,” Eriksson pointed out.

HMNC Brain Health subsidiary, Ketabon, is developing an oral, extended-release formulation without those side-effects as a treatment for chronic depression. “It has slow uptake, so lowers the risks,” he said, which suggests it may be able to be taken by patients at home. A phase II study comparing this extended-release formulation administered in combination with traditional antidepressants, versus antidepressants alone, is underway at the Psychiatric Hospital of the University of Zurich.

HMNC Brain Health and its subsidiaries and partners are developing other trials for a variety of companion diagnostics, with several in or about to enter the clinic. Its ABCB1 gene variant test, which guides the selection of antidepressants, is already on the market in France, Germany and Switzerland.

“We are in an era where repurposed and novel interventions are coming into this (psychiatric) space. As a clinician,” Eriksson said, “it’s promising to see growing access to differentiated treatments with different mechanisms of action.”