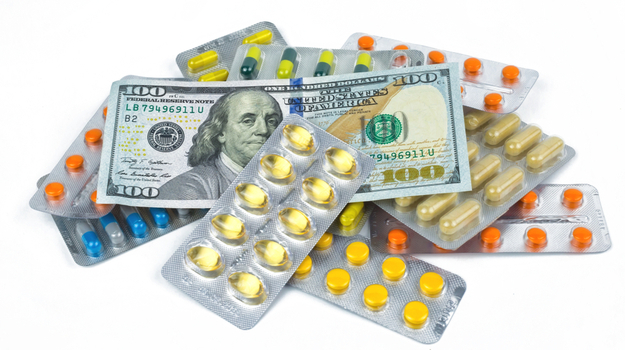 In September, House Speaker Nancy Pelosi unveiled a plan to lower prescription drug prices covered by government-funded plans that include tying those medications to an International Pricing Index – a move the pharmaceutical industry opposes wholeheartedly.

The industry came out against the idea when it was put forth by President Donald Trump earlier this year and is once again expressing its concerns over the idea. On Thursday, Stephen Ubl, chief executive officer of the powerful industry lobbying group Pharmaceutical Research and Manufacturers of America (PhRMA) said Pelosi’s plan would be “devastating” to the industry. As the Pelosi plan moves closer to a vote in the House and could then be sent to the Senate, Ubl outlined PhRMA’s opposition to the bill during an interview with the Washington Press pool on Thursday.

The concerns Ubl raised on Thursday are similar to points he made following Trump’s proposal of a “favored nations clause” that would also link U.S.-paid prices to those paid by other governments around the world.

“If H.R. 3 becomes law, it is lights out for a lot of very small biotech companies that are pre-revenue and depend on attracting capital,” Ubl told reporters on Thursday, according to a report in The Hill. H.R. 3 is the formal name for Pelosi’s bill.

Ubl said the bill would have devastating effects on the industry and the patients. He noted that the pricing plan would hinder future innovation due to the loss of revenue. That revenue, Ubl and other members of PhRMA argued, is returned to the company and used to support research & development on future drugs. Before Pelosi formally unveiled her plan, Ubl maintained the same line of thought. At the time, he said the current market-based system has made the United States the leader in developing innovative, life-saving treatments and cures.

The Pelosi plan calls for stiff penalties on drug companies that do not opt to negotiate with the government on the price of 250 drugs covered by publicly-funded programs. Pelosi’s bill would place a 65% penalty on the gross sales of the drug in question, with an increase of 10% each quarter the drug company fails to reach an agreement with the government. In addition to giving the government the power to negotiate prices and levy penalties on companies, the Pelosi plan also creates an out-of-pocket maximum of $2,000 for Medicare beneficiaries.

Ubl wasn’t the only one on Thursday making the point. Lori Reilly, chief operating officer for PhRMA, told the assembled reporters that the industry relies on capital investment to support R&D efforts to develop new medications.

“If you do diminish the return element, or the profitability element of that, you take away the incentive for many investors to put money in here, because there's lots of places you can invest in, lots of places that carry a lot less risk,” Reilly said, as reported by The Hill.

In the past, Ubl and PhRMA have been in support of reforming the pharmaceutical drug rebate system in order to lower patients’ out-of-pocket costs – something that the insurance industry opposed. That plan though has been stymied in Congress and the White House backed off support of it earlier this year.

Earlier this year, the U.S. Chamber of Commerce unveiled a study that also opposed the idea of tying drugs to the IPI. The study predicted dire consequences that could limit options for many patients, including cancer patients.