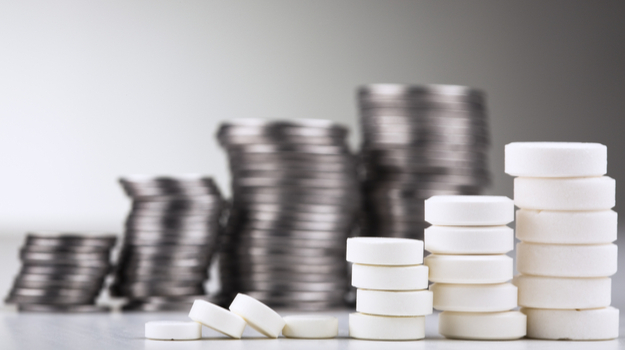 Earlier this year, the U.S. Department of Health and Human Services (HHS) proposed a new policy called the International Pricing Index (IPI). The IPI would set specific drug prices based on an international benchmark.

Recently, the U.S. Chamber of Commerce Global Innovation Policy Center (GIPC) conducted an investigation into the possible negative impacts of the IPI, and a roundtable presented the results. The title of the study was “International Pricing Index: What Will be the Impact on Patients, Outcomes and Innovation?”

Previous research into countries that utilize an IPI and that were referenced in HHS’s new proposal, were generally found to have access to fewer new drugs compared to the U.S. The American Cancer Society Cancer Action Network, for example, noted that the IPI “could actually make it harder for cancer patients, especially those living in rural areas, to find the right provider to treat their cancer with the right drug.”

In fact, one study conducted by IHS Markit, found that if the U.S. adopted the same models used by Australia, Canada, France, South Korea and the UK, “aggregate survival gains (i.e., gains in life years) due to innovative medicines would have been cut in half for U.S. patients diagnosed with locally advanced and metastatic NSCLC (non-small cell lung cancer). This reduction in health gains is due to the access delays experienced by patients in other countries compared to patients in the U.S.”

The Chamber of Commerce’s study found that it could cause the biopharmaceutical industry to have a major drop in revenue that would “significantly impact” research-and-development funds on average of 25%.

“Implementation of the IPI model will substantially reduce revenues of pharmaceutical companies by targeting the most advanced medicines, primarily those treating cancer and neurological disorders,” stated Duane Schulthess, managing director, Vital Transformation. “As political and regulatory leaders in the U.S. consider importing the IPI model, they must recognize the consequences that stifled innovation at the hands of constrained research and development will have on patients, the healthcare system, and the economy more broadly.”

It's worth noting that the Chamber of Commerce’s study was conducted with financial support of the Biotechnology Innovation Organization, Gilead, Global Innovation Policy Center, Pfizer, Amgen and Medtrack.

Health and Human Services’ argument for the IPI is that Medicare Part B drug costs are 1.8 times higher than an international average of countries, meaning that the U.S. taxpayer is financing lower drug prices for the rest of the world, according to some critics. Another argument would be that the drug companies are charging what the market will bear and the largest economy in the world can afford the highest prices.

HHS has decided to test its IPI model under section 1115A of the Social Security Act, which does not require congressional approval. The model will run for five years, from spring 2020 to spring 2025, beginning in half of the Medicare Part B market. The model, the report says, would only impact research-and-development by 1%.

The Chamber report also notes that the “pharmaceutical industry will be pressured to fairly allocate the burden of funding innovation across wealthy countries (i.e. raise prices in Europe, Japan).”

The Chamber of Commerce study used HHS’s own IPI model to determine the balance sheet impact of companies with products under Medicare Part B’s revised pricing, taking into consideration all financial corporate data from fiscal year 2017. They ran three scenarios, the impact of 50% Medicare IPI at Year 5, a 100% Medicare IPI implantation at Year 5, and a Medicare IPI scenario that impacts all U.S. pricing.

They concluded it will negatively decrease revenues of innovative companies at a rate greater than 1% of R&D, and skew R&D away from Medicare Part B physician administered drugs. It also points out that the HHS’s IPI assumes companies will be able to raise prices in Europe, but the study finds that to be highly unlikely and could lead to compulsory licenses against U.S. products, given the current European Union political climate. It also assumes that Medicare Part B prices won’t erode overall marketing pricing, which the Chamber report says is incorrect.

The report also notes, the IPI “will radically reduce the amount of liquidity available for investment into new products/mergers/partnerships etc., negatively impacting market entry of new medicines” and “ignores the reality that the U.S. is currently buying and ‘owning’ 70% of mature biotech and late-stage value creation. Yes, the U.S. pays more, but gets a lot more in return too.”

“Bringing the IPI model to the U.S. imports problems, not solutions,” stated Patrick Kilbride, senior vice president of GIPC. “Our free-market health system has been the most innovative in the world, allowing Americans to reap the rewards of new life-saving treatment, high-paying jobs, and a stronger economy. The U.S. should not attempt to address prescription drug pricing at the expense of pharmaceutical research and, most importantly, patients.”