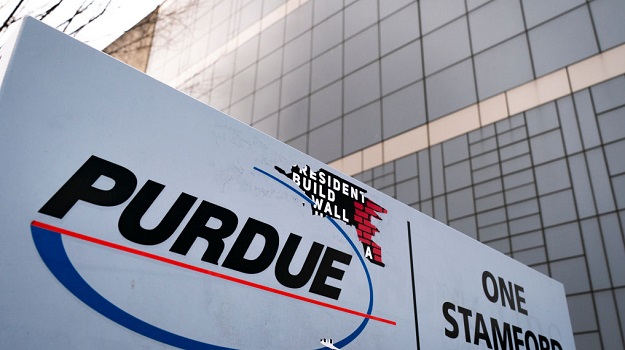 Arguments regarding the Purdue Pharma opioid settlement continue to be heard in court. On Friday, attorneys representing the Connecticut-based company and the Sackler family squared off against the Department of Justice over the question of whether or not legal wording can protect the family from future lawsuits.

While the deal has been widely supported by state attorney generals, a division within the Department of Justice is questioning if the U.S. Bankruptcy Court has the power to craft an agreement that provides protection against future legal action, such as the one granted to the Sacklers.

The legal question will play out in court and, if the DOJ is correct, could dismantle the opioid settlement and clog up the courts with additional opioid-related lawsuits, according to Bloomberg.

The latest settlement agreement includes a provision that the Sackler family gives up all ownership of Purdue Pharma. It will allow the company to move forward with its reorganization plan and rebrand to Knoa Pharma. A majority of the new company’s profits will be used to lessen the ongoing crisis.

Purdue isn’t the only company to see legal action. Texas-based Natera is the subject of a securities-related class-action lawsuit that alleges the company withheld information regarding the reliability of its prenatal test, Panorama, and screening test for kidney transplant failure, Prospera.

The law firm Kessler Topaz Meltzer & Check filed the lawsuit last week alleging that the company misleadingly reassured its investors the products were reliable and accurate. The legal team pointed to several issues the company has had with its programs over the past several months that caused its stock to significantly decline. Among the concerns cited was a March 9 report issued by Hindenburg Research that alleged Natera’s revenue growth was “fueled by deceptive sales and billing practices aimed at doctors, insurance companies and expectant mothers."

Days after the report was issued, Natera lost a court case that further eroded public confidence, the legal firm said. A jury found Natera had “intentionally and willfully misled the public by utilizing false advertisements to market Prospera in violation of federal and state laws.". The jury found Natera’s claims that Prospera was more accurate than CareDx’s competing kidney transplant test false. CareDx was awarded $44.9 million in monetary damages.

Walgreens is also in court regarding its alleged role in the opioid crisis. In a Bay Area courtroom, the pharmacy chain said it acted responsibly when providing legal medications to patients in pain and did not contribute to the opioid crisis in San Francisco.

Walgreens, along with Teva Pharmaceuticals, AbbVie and drug distributor Anda, Inc. is embroiled in a San Francisco-filed public nuisance lawsuit alleging these companies all played a significant role in fueling the opioid crisis in that city. The lawsuit said the companies failed to prevent the opioids from being diverted for illegal use, Reuters reported. A city attorney said the “entire prescription drug industry was to blame for recklessly expanding the market for opioid drugs,” according to the report.

Kate Swift, an attorney for Walgreens, said almost all of the prescriptions for opioid medications filled by their pharmacies were “written by good, well-meaning doctors.” It was appropriate for pharmacists to fill those prescriptions, Swift said in her remarks.

In legal news of another kind, Opiant Pharmaceuticals and Hikma Pharmaceuticals have not entered into a collaborative licensing agreement for OPNT003, Nasal Nalmefene. On Friday, California-based Opiant issued a statement decrying a false press release that was posted on Cision PR Newswire. Calling the release “fake,” Opiant said that it is not involved in any discussions with Hikma of this type.

The press release in question said the two companies had entered into a $225 million agreement for Nasal Nalmefene in Europe and the UK. Cision itself issued a statement regarding the false press release. The PR wire firm said the “release was unauthorized by all parties mentioned and appears to be fraudulent.”