Will the Pfizer-BioNTech Vaccine Protect Against New COVID-19 Strain? 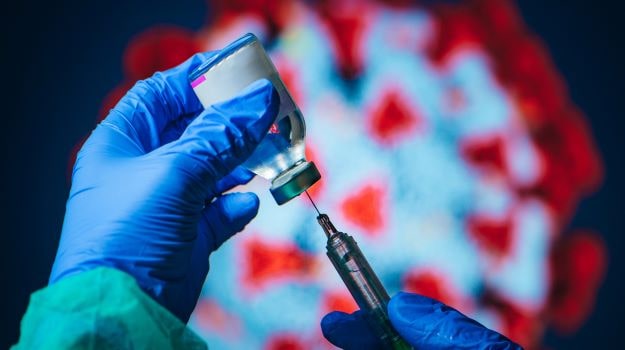 In a December 8, 2020 meeting with U.K. scientists and public health experts, it was announced that there was a growing new strain of the SARS-CoV-2 virus that causes COVID-19. The news has resulted in stricter lockdown measures in the U.K. and several countries, including the Netherlands, Belgium and Italy, halting passenger flights from the U.K. But the question remains, how important is this? The strain, B.1.1.7, appears to be more contagious than other strains, although not more deadly.

One of the more important questions is: Will the current vaccines produced by Pfizer-BioNTech and Moderna work against this emerging strain?

Vin Gupta, affiliate assistant professor from the University of Washington’s Institute for Health Metrics and Evaluation, told CNBC, “There is a strong belief here that the vaccine, as it exists today … will have effectiveness in warding off infection from this new strain in England, in addition to the old strain that we’ve been contending with for months now.”

Ugur Sahin, chief executive officer and co-founder of BioNTech said it probably will as well. The company has already performed laboratory assays of the vaccines performance against 20 mutant strains, and the same tests will be performed on the new U.K. version. Sahin says it should take about two weeks.

“We don’t know at the moment if our vaccine is also able to provide protection against this new variant,” Sahin said in a news conference the day after the vaccine was approved for use in the European Union. “But scientifically, it is highly likely that the immune response by this vaccine also can deal with the new virus variant. But we will know it only if the experiment is done and we will need about two weeks from now to get the data. The likelihood that our vaccine works … is relatively high.”

The beauty of mRNA vaccines is how quickly they can be adapted to changing situations, as well. They encode for segments of the virus’s spike “S” protein, which is critical to the virus’s ability to infect cells. Even if the virus does mutate to a point where the vaccines aren’t effective, Sahin indicated it would take about six weeks to make adjustments for the new variant, although it would require regulators to approve the changes.

Sahin pointed out, “This virus has multiple mutations, but as far as we know, 99% of the spike protein is not mutated. Let’s do the experiment and get the result. That’s always the best answer, but I would emphasize just to stay calm.”

In related news, Pfizer and BioNTech indicated they are working to make more of their vaccine than the 1.3 billion it promised to manufacture in 2021. Sahin said late Monday that they should know by January or February whether they can and by how much.

“I am confident that we will be able to increase our network capacity, but we don’t have numbers yet,” Sahin said.

According to data collected by Bloomberg, more than 2 million people in six countries have received the first shot of the Pfizer-BioNTech vaccine, which requires two shots about 21 days apart.

To scale up manufacturing even more, they will need more raw materials, more clean rooms and more cooperation partners, according to Sahin. It will also require additional space to formulate the shots, package and prepare them for transport. Pfizer is currently manufacturing the vaccine at three locations in the U.S. and one in Europe; BioNTech has two manufacturing locations in Germany.

By the end of this year, Pfizer-BioNTech expect to ship 12.5 million doses to the European Union and 20 million to the U.S. They have already begun transporting the vaccine to the UK and that about 500,000 people have already received their first shot.

To date, the Pfizer-BioNTech vaccine has been authorized for use in more than 45 countries. In Europe, it goes by the brand name COMIRNATY.

“All countries across the EU that have requested doses will receive them in the next five days, the very initial supply, and that will be followed up next week with further supplies,” said BioNTech’s chief commercial officer, Sean Marett.

Eu has ordered 200 million doses of the vaccine with an option of 100 million more. It is being distributed by truck and plane across the 27-nation EU from Pfizer’s plant in Belgium.

BioNTech recently acquired a manufacturing facility from Novartis in Germany. Marett said, “As BioNTech we’re always interested in looking at facilities that could help boost up production next year. We would be looking to do very quick transactions if we can.”

He also expects demand for the vaccine to remain high.

“The virus is not going to go away,” Marett told AP. “It’ll be there at least for the next decade, and therefore it’s important that if people so choose, they should get vaccinated. It’s quite possible that we will need to give a booster injection. So a repeat injection, maybe as frequently as one year, maybe every two years. We don’t know yet.”