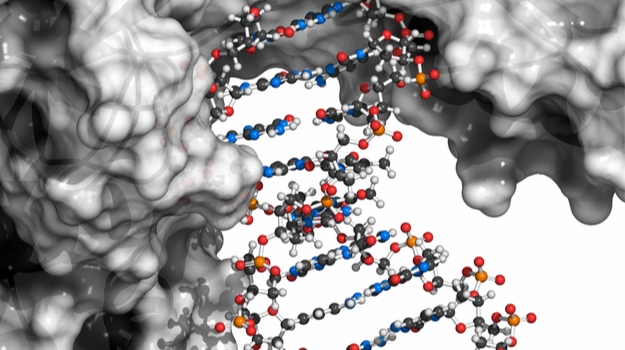 Researchers from UT Southwestern have found evidence that a PARP inhibitor used in about 10% of breast cancer patients could have broader effectiveness in treating other types of cancer, including ovarian and prostate cancer.

The findings from the UT Southwestern research team reveal that PARP inhibitors can play an important role in treatment even if patients do ow have a BRCA indication. W. Lee Kraus, director of the Green Center for Reproductive Biology Sciences at UT Southwestern, said the team’s findings could “increase the patient population benefiting from these drugs by two, three, or four-fold.” Kraus speculated that up to 70% of breast cancer patients could be good candidates for PARP inhibitors. PARP stands for poly ADP ribose polymerase, which is an enzyme many cancer cells are more dependent upon than regular, healthy cells are.

“We have found that PARP inhibitors can act by a mechanism that is different from those previously identified, which rely on BRCA-dependent DNA repair pathways,” Kraus said in a statement.

Kraus and his team published their findings of how breast cancer patients can be responsive to PARP inhibitors even if they don't have BRCA gene mutations in the journal Molecular Cell on Wednesday.

The UT Southwestern announcement of the research points out that doctors prescribe PARP inhibitors, such as GlaxoSmithKline’s Zejula or AstraZeneca’s Lynparza, to disable a DNA repair pathways in cancer cells, which make it difficult for those cells to survive. The team’s research found that while the PARP inhibitors are disabling these DNA repair pathways, they are also attacking the cellular machinery that makes proteins called ribosomes.

“Cancer cells are addicted to ribosomes. Cancer cells grow fast and must make proteins to support cell division and other essential processes going on in the cell. If you can slow down or inhibit the production of ribosomes, then you can slow down the growth of the cancer cell, said Kraus, who is also a founder and consultant for Ribon Therapeutics, which studies PARP inhibitors.

Kraus noted that the assumption had been PARP was only good for tumors that expressed the mutated BRCA gene. But their research has shown that it’s not true and that PARP inhibitors could have a much wider role to play in treating cancer.

The article published by the team demonstrates the effectiveness PARP inhibitors can have in the absence of BRCA mutations. The research maps out the process in its entirety and identifies a potential biomarker that might indicate which patients may benefit from PARP Inhibitors. The biomarker is based on a protein called DDX21, which is required for the production of ribosomes in small subcellular compartments called nucleoli. The presence and function of DDX21 in the nucleolus requires PARP-1, the target of PARP inhibitors. Treatment with PARP inhibitors blocks DDX21 function and causes it to leak out of the nucleolus and disburse throughout the nucleus, thus inhibiting ribosome production. High levels of DDX21 in the nucleolus indicate cancers that might be the most responsive to PARP inhibitors, the researchers noted.

For the UT Southwestern team, the next step will be to develop clinical trials. Kraus is currently developing those trials with UT Southwestern oncologists who treat breast and ovarian cancers.