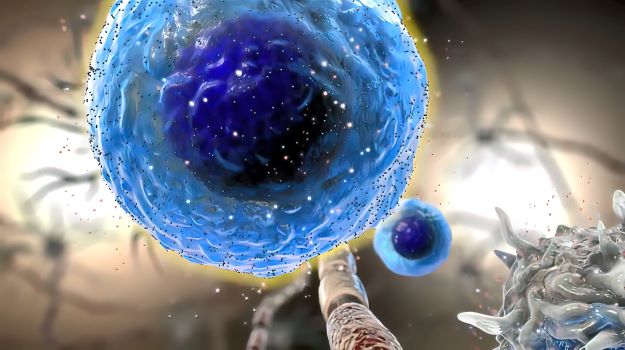 OncoResponse is developing an innovative cancer therapy based upon antibodies produced by patients to components in the tumor microenvironment that regulate the immune response.

The premise is that there is something different about the immune systems of those who respond most robustly – the elite responders – that enables partial or complete responses to checkpoint inhibitors. “We think these patients hold the key that will make immuno-oncology much more effective,” Bob Lechleider, M.D., chief medical officer at OncoResponse, told BioSpace.

Scientists know elite responders’ immune systems are different from those of cancer patients who responded to immunotherapy poorly or not at all. OncoResponse is working with MD Anderson Cancer Center to determine exactly how they are different.

“At OncoResponse, we think something in the tumor microenvironment affects the ability of some patients to respond better than others. More specifically, we think some responders are producing regulatory antibodies in response to therapy that allow them to mediate a better immune response against the tumor” Lechleider said. If those antibodies can be identified, OncoResponse can engineer them to be more easily manufactured and then delivered as therapeutics.

To prove the hypothesis, OncoResponse extracted serum from elite responders to learn whether they made regulatory antibodies. “We found a number of antibodies to target that are important in regulating the immune response. One, an anti-LILRB2/ILT4, is in preclinical development now,” he said, to reverse immunosuppression and reprogram tumor-associated macrophages (TAMs).

“We also know that certain cell types cause an immunosuppressive environment in patients in which checkpoint inhibitors work. It may be that the inhibitors themselves were inhibited to allow activation of the immune system,” he said. Therefore, OncoResponse looked at M2 macrophages.

Macrophages help rid the body of bacteria and viruses, and under certain circumstances can inhibit the immune response. For example, “In normal wound healing, the initial inflammatory response eventually must cease. M2 macrophages appear to tone down that immune response so healing can continue. In cancer, however, toning down the immune response allows the cancer to grow, causing an immunoinhibitory tumor microenvironment,” Lechleider said. OncoResponse, therefore, is searching for elements that can bind to the M2 macrophages and reprogram them.

OR2805, the company's lead compound, emerged as a result of that work. It is designed to reprogram TAMS and myeloid-derived suppressor cells and works by binding to CD163 and reprogramming the M2 macrophages from immunoinhibitory to immunostimulatory.

“You wouldn’t think this would be a target, based on the biology,” Lechleider said, but it occurred naturally in the body of a patient. “There was no way to predict the biology of that antibody beforehand, and we didn’t know the target when we started.”

The OR2805 program began Phase I trials last September and is actively enrolling. Beyond ascertaining safety, OncoResponse is trying to understand its activity and whether it can, in and of itself, induce tumor responses. Later it will determine how it responds in combination with checkpoint inhibitors.

“The dose-escalation study will look at any solid tumor,” Lechleider said. “In the future, we plan to look at melanoma, non-small cell lung cancer, head and neck cancer and a couple of other tumor types.”

This approach has the potential for a broad role in cancer therapy. “Macrophage biology is important to both conventional therapies and immunotherapies. In melanoma, for example, we know that CD163 expression is a poor prognostic factor for response to PD1 therapy. Since our antibody targets CD163, it makes sense for us to look at melanoma to better understand whether modulating CD163 activity can play an important role in the response.

“The most important thing about this particular antibody approach is that we’re taking clues from the human immune system to guide us,” he continued. “This all started with a patient who had a complete response to checkpoint inhibitor therapy and lived for four years before dying of other causes.” Now OncoResponse, working with MD Anderson, is trying to find more patients with such exceptional responses.

The odds seem favorable, although, Lechleider cautioned, they vary by tumor type and depend at least partially upon the tumor mutational burden – changes within the tumor that can induce an immune response. Melanoma patients, for example, are more likely than colorectal patients to respond to checkpoint inhibitors, so there will be more elite responders.

Other companies also are looking at the B cell response or antibody response in relation to tumors. One, for example, looks at B cell response as a surrogate marker for antibody activity. This approach may be valid but is different than gathering functional information.

“What’s unique about OncoResponse,” Lechleider reiterated, “is that we’re looking at functional response.” This entails looking at regulatory antibodies, regardless of whether they are expressed at high levels or by many cells, because they may be important as stimulators or inhibitors of the immune system, he explained. And, “Because we’re looking at the issue functionally, we don’t worry much about where the antibody came from.” Instead, OncoResponse is more concerned about whether it can be used. That said, the company is now working with MD Anderson to identify whether elite responders express regulatory antibodies before therapy or whether they appear afterward.