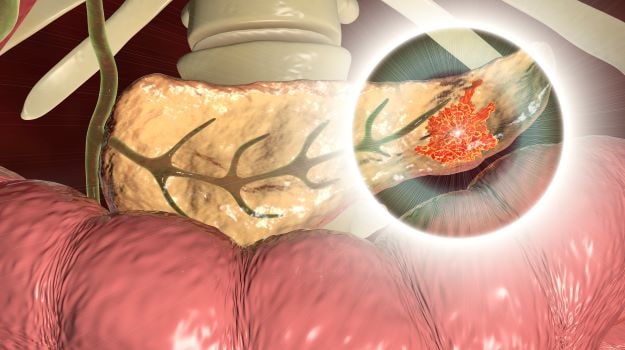 Pancreatic cancer has the lowest survival rate of the most common cancers, less than 10% of patients survive longer than five years, largely due to most cases being diagnosed at a late stage. A collaboration between NovoCure and Roche hopes to improve those odds.

This morning, NovoCure and Swiss pharma giant Roche announced a collaboration to develop Tumor Treating Fields (TTFields) in combination with Roche’s anti-PD-L1 therapy, atezolizumab, for patients diagnosed with metastatic pancreatic ductal adenocarcinoma (mPDAC). This is the most common form of pancreatic cancer, accounting for 85%–95% of all solid pancreatic tumors.

NovoCure and Roche aim to explore the combined efficacy of TTFields with atezolizumab as a potential treatment for pancreatic cancer. TTFields, are electric fields that disrupt cancer cell division. William Dole, executive chairman of NovoCure, said the immune-shielded environment of the pancreas has been challenging for immunotherapeutics as a monotherapy treatment. Dole said the Phase II pilot study will assess the ability of TTFields combined with atezolizumab to improve clinical outcomes for patients with this disease.

NovoCure said TTFields are primarily intended for use combined with other standard-of-care cancer treatments. The Phase II study will assess the combination of TTFields together with atezolizumab, gemcitabine and nab-paclitaxel as a first-line treatment for mPDAC.

While Roche and NovoCure work on their potential therapeutic, researchers at Indiana University’s Melvin and Bren Simon Comprehensive Cancer Center are taking a different approach. Scientists have noted the restoration of a missing molecule in pancreatic fibrosis could improve the delivery of other treatments aimed at the deadly disease.

Fibrosis in the pancreas often results from damage caused by pancreatic cancer and chronic pancreatitis. Janaiah Kota, an assistant professor of medical and molecular genetics at the university’s medical school and a researcher at the cancer center, said the cancer cells develop a fibrotic tissue around the cells, which is a major barrier for drug delivery. Kota and colleagues discovered that a molecule known as microRNA-29a (miR-29a) “functions as an anti-fibrosis and anti-inflammatory in the pancreas.” Including this molecule in drug therapy overcome the fibrotic barrier for treatment, they said. There are no FDA-approved therapies to reduce fibrosis in pancreatic cancer.

The research team established the role of miR-29a as a therapeutic agent in mouse models. Findings of the discovery were posted in JCI Insights. Moving forward, Kota and the IU research team are assessing the use of adeno-associated virus gene therapy technology to restore the missing molecule in the pancreas.

“This tiny molecule is missing in the pancreas and, more broadly, the fibrotic tissue. When we put this molecule back in cells, it significantly reduces the potential for cancer cells to develop fibrotic tissue around the tumors,” Kota said in a statement.