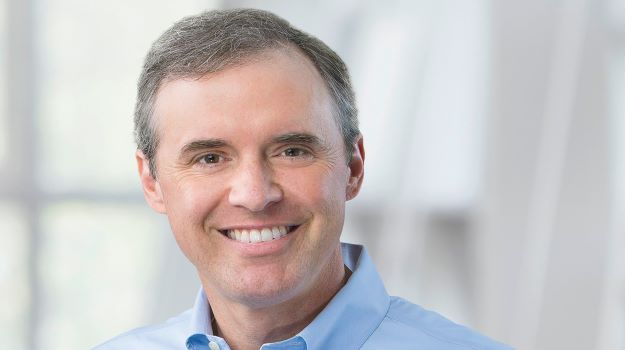 Jay Bradner, president of the Novartis Institutes for BioMedical Research, pictured above. Photo courtesy of Novartis.

The technology platforms Novartis picks up with Vedere Bio include light-sensing proteins that can be delivered to retinal cells as well as adeno-associated virus (AAV) delivery vectors for intravitreal injection. They believe the technologies can be used widely to treat vision loss caused by photoreceptor death, including a broad range of inherited retinal dystrophies.

Inherited retinal dystrophies (IRDs) are marked by loss of photoreceptor cells and progressive vision loss. More than 2 million people worldwide are affected, often with complete blindness. Existing therapies target only one of more than 250 genes associated with IRDs.

“The next frontier in ophthalmology involves finding ways to bring potentially transformative gene therapies to a broader patient population,” said Jay Bradner, president of the Novartis Institutes for BioMedical Research. “The acquisition of Vedere Bio reflects our commitment to next-generation gene therapy and brings hope to patients with otherwise untreatable forms of vision loss.”

Novartis reports it has three specific programs in gene therapy—AAVs, chimeric antigen receptor T cells (CAR-Ts) and CRISPR. The Vedere Bio platform directly effects surviving cells in the retina, altering their behavior. It also is promising for other conditions associated with photoreceptor loss, including a “dry form” of age-related macular degeneration (AMD) known as geographic atrophy. More than 5 million people worldwide are affected by geographic atrophy.

Under the terms of the deal, Novartis is paying Vedere Bio $150 million upfront. Vedere will be eligible for up to $130 million in milestone payments for a total of $280 million.

The company was founded on technology from UC Berkeley researchers Ehud Isacoff and John G. Flanner. The technology arose jointly between UC Berkeley and the School of Veterinary Medicine at the University of Pennsylvania. It was formed in June 2019 in the Atlas Venture incubator, then launched with a Series A financing worth $21 million and began operations at LabCentral in Cambridge, Massachusetts.

Shortly before the acquisition, some of the company’s earlier-stage restoration and vision preservation assets were spun out into a new entity, Vedere Bio II, Inc.

“Vedere Bio’s photoreceptor-protein-based optogenetics program has important advantages over competing approaches and brings us one step closer to delivering functional vision to patients in need,” said Cyrus Mozayeni, chief executive officer and president of Vedere Bio and Atlas Venture Entrepreneur in Residence. “Our proprietary intravitreal capsids enable not only Vedere Bio’s optogenetics products but also other ocular gene therapies. Our sale to Novartis is an important milestone in advancing Vedere Bio’s most advance programs to patients around the world. At the same time, I look forward to working with our experienced team to advance our highly innovative, earlier stage assets as part of the newly established Vedere Bio II.”

Vedere Bio II will run completely independently from Novartis and Vedere Bio. Its goal is to develop a pipeline of novel vision restoration and vision preservation drugs by focusing on underserved indications. It is supported by the full Vedere Bio investor syndicate, including Atlas Venture, Mission BioCapital and Foundation Fighting Blindness (RD Fund).

Kevin Bitterman, partner at Atlas Venture and chairman of the Vedere Bio board of directors, said, “The acquisition of Vedere Bio by Novartis speaks to the strength of the underlying science from our founders and to the incredible job the team has done in advancing these programs over the past year.”