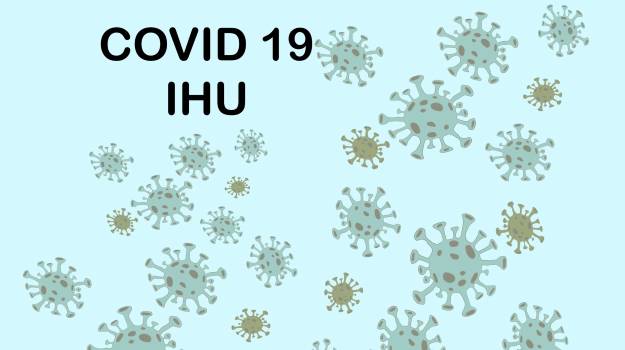 The newly-discovered COVID-19 variant, dubbed IHU (also known as B.1.640.2), is the latest in a long string of variants as the SARS-CoV-2 virus inches closer to either becoming endemic or burning itself out. With only a dozen documented cases, global health authorities don’t appear concerned.

What the appearance of yet another variant shows is the “unpredictability of the emergence of SARS-CoV-2 variants,” according to the researchers who discovered IHU.

The mutations in IHU “showed an atypical combination,” first author Philippe Colson of the University Hospital Institute (IHU) Méditerranée Infection, and colleagues from multiple institutes in France wrote in a preprint in MedRxiv.

Outside the spike protein, amino acids substitutions also occurred in the nucleocapsid protein and in the membrane protein, as well as several changes in non-structural proteins and in regulatory proteins. “In addition, codon 27 of the ORF8 gene is changed into a stop codon, as in the Alpha variant,” they wrote. The presence of a stop codon is also found in the Marseille-4 variant (B.1.160), which was common in the region one year ago, but the codon was located in another position.

IHU’s parent lineage, B.1.640, (since renamed B.1.640.1) was originally identified in France in April 2021, in Indonesia in August and in the Republic of the Congo in September, which gives some idea of the spread of that form of the virus. In September, GISAID, a global initiative that provides genomic data on influenza and coronaviruses, had only 157 samples of the B.1.640.1 genome in its database. Since then, B.1.640.1 has spread to 19 countries. Of the 440 infections throughout the world, 313 are in France.

GISAID does not yet have a genome for the new variant, B.1.640.2 variant, also known as IHU.

The first case of the IHU variant was diagnosed in mid-November, in a vaccinated individual three days after returning to France from Cameroon. He had noticed mild respiratory symptoms the previous day. A qPCR test showed an atypical combination of L452R-negativity, E484K-positivity, and E484Q-negativity that did not match the Delta variant which, at the time, accounted for the overwhelming majority of COVID-19 infections in the region. Samples from seven other COVID-19 patients in the region – two adults and five children younger than 15 years – showed the same pattern of mutations.

The continued evolution of the SARS-CoV-2 virus into multiple variants has been a key contributor to the continued pandemic and has “become a major virological, epidemiological and clinical concern, particularly with regard to the risk of escape from vaccine-induced immunity, and many of those variants,” Colson and colleagues wrote.

Often, the variants were introduced from abroad. The researchers made this determination after genotyping nearly 40,000 patients and sequencing the complete genomes from more than 22,000 patients to identify each variant and thus better assess its spread. The IHU variant appears to have emerged from Cameroon and was first identified in the Provence-Alpes-Côte d'Azur region in southeastern France.

“It is too early to speculate on the virological, epidemiological or clinical features of this IHU variant based on these 12 cases,” the researchers cautioned.

Nonetheless, health officials do not appear overly concerned about its emergence. “It is not a cause for panic but is worth keeping an eye on, given what we know about the unpredictable nature of highly mutated viruses,” Bernadette Boden-Albala, founding dean of the University of California - Irvine Program in Public Health, told BioSpace. “The best thing you can do to protect yourself and others is to get vaccinated/boosted, continue wearing well-fitting masks, and practice physical distancing.”

In a recent media briefing in Switzerland, Abdi Mahamud, a World Health Organization incident manager on COVID-19, said the variant “has been on our radar. That virus had a lot of chances to pick up (and hasn’t),” according to reporting in TIME magazine.

As a spokesperson for the U.S. Centers for Disease Control & Prevention (CDC) told BioSpace, “The SARS-CoV-2 Interagency Group (SIG) is aware of (this variant) but has not designated B.1.640.2 as a Variant of Interest (VOI) or a Variant of Concern (VOC), but CDC will continue to actively monitor this variant. Vaccination remains the best public health measure to slow the spread of the virus and reduce the likelihood of new variants to emerge.”

As of print time, Omicron is the most prevalent variant in the U.S., accounting for 95% of all cases, according to the CDC’s Nowcast estimates.