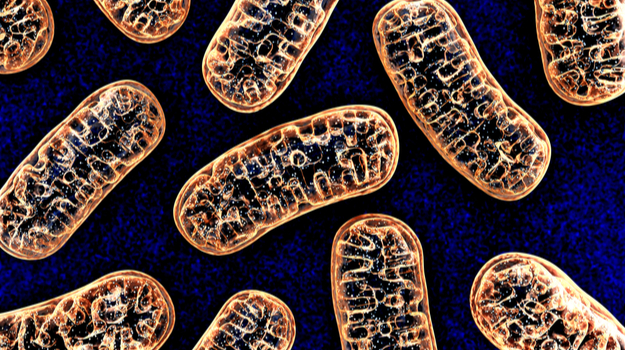 In late June, Minovia Therapeutics dosed the first patient in a Phase I/II clinical trial with Pearson syndrome. The company is one of the first to make headway in treating rare mitochondrial diseases.

Mitochondria are the energy producers in the body. They are inherited from the mothers, and the mitochondria themselves contain their own DNA, which encode for 37 genes. The bulk of the 1500 mitochondrial proteins, however, are encoded by the nuclear DNA.

Mitochondrial diseases are fairly rare, affecting about one in 5,000 individuals. They typically result in poor energy production that affects almost every organ, especially high-energy utilizing organs like the heart, brain, kidneys and liver.

Pearson syndrome is a mitochondrial disease noted by sideroblastic anemia and exocrine pancreas dysfunction. It is usually fatal in infancy and marked by failure to thrive, pancreatic fibrosis with insulin-dependent diabetes, and muscle and neurologic impairment. It is caused by a deletion in mitochondrial DNA and affects about 100 children worldwide.

Natalie Yivgi Ohana, co-founder and chief executive officer of Minovia, which is based in Haifa, Israel and is in the process of opening an office in Cambridge, Massachusetts, took time to speak with BioSpace about the clinical trial and mitochondrial diseases.

The company, Ohana said, is a clinical-stage international biotechnology research company, the first to use mitochondrial cell therapy to treat mitochondrial diseases via its Mitochondrial Augmentation Therapy (MAT) platform.

“MAT increases the level of normal mitochondrial DNA by using autologous stem cells enriched with normal mitochondria, with the goal of extending and enhancing human lives,” Ohana said. “Our initial clinical focus is on rare mitochondrial diseases for which there are no approved treatments, such as Pearson syndrome, a fatal pediatric disease, as well as Kearns Sayre syndrome, MELAS and Leigh syndrome.”

The clinical trial is evaluating the safety and clinical effects of MNV-BM-BLD, the company’s autologous CD34+ cells enriched with blood-derived mitochondria, in pediatric patients. Minovia plans to enroll seven patients by invitation. The first patient was treated at Sheba Medical Center in Israel and is currently screening four additional patients.

“The primary outcomes will be safety as determined by the number of participants with treatment-related adverse events at one year, as well as efficacy, measured by improvement in quality of life as measured by the IPMDS questionnaire,” Ohana said. “Other outcomes measured at one year will include cognitive status, changes in brain MRI, changes in physical activity and muscle function, changes in weight, and changes in peripheral blood lactate levels.”

Ohana notes that they had focused on Pearson syndrome after a father of a child diagnosed with the disease heard about the company and approached them for access to their MAT program on a compassionate-use basis. “In fact,” Ohana said, “prior to this father approaching me, I had been completely unaware of Pearson syndrome. This interaction enabled the development of MAT and the successful treatment of three children with Pearson syndrome and one with KSS under compassionate access. This success led us to initiate the Phase I/II trial, under IND.”

Kearns Sayre syndrome (KSS) is also a mitochondrial disease and affects various parts of the body, but particularly the eyes. The features of the syndrome usually appear prior to the age of 20. They have progressive external ophthalmoplegia, or weakness or paralysis of the eye muscles. This leads to impaired eye movement and drooping eyelids. They also have pigmentary retinopathy, which results in the degeneration of the retina, giving it a speckled and streaked appearance. The retinopathy can lead to loss of vision. There are also additional potential symptoms, including cardiac problems, coordination and balance issues, and high levels of protein in the brain and spinal cord fluid.

Minovia, as mentioned earlier, is in the process of opening an office in Cambridge, Massachusetts, where, Ohana says, it “will be focused on partnering with leading academic and medical institutions and also on business development with other companies focused on developing new therapies to treat mitochondrial diseases.”

They are in the process of hiring their first two U.S. employees and expect to hire a total of 20 by the end of 2020.

In addition to wrapping enrollment in the Phase I/II clinical trial for Pearson syndrome, Minovia is finalizing agreements with U.S. institutions in support of clinical trials as well as expanded access to MAT.

In other mitochondrial disease-related news, in May 2019, Paris-based GenSight Biologics reported the first set of data from Week 96 of its REVERSE Phase III clinical trial in 11778-ND4 Leber Hereditary Optic Neuropathy (LHON). LHON is a rare maternally inherited mitochondrial genetic disease marked by the degeneration of retinal ganglion cells. This results in irreversible vision lead that can lead to legal blindness. It primary affects adolescents and yo8ung adults and is associated with the sudden loss of central vision in the first eye, with the other eye becoming sequentially impaired.

And earlier this year, the Institute of Life in Athens, Greece, announced that a healthy baby boy was born who basically had the DNA from three people. The child was born to a 32-year-old woman who had failed in four cycles of in vitro fertilization (IVF).

The boy was born from a technique known as maternal spindle transfer. In this procedure, the DNA found in the nucleus of a mother’s egg was removed. From a donor egg, the nucleus was emptied of DNA and the mother’s DNA was inserted. The donor egg with the mother’s genes was fertilized with sperm from the father, developed into an embryo, and transferred for pregnancy.

So there was DNA from the original mother and DNA from the father. What about the third person’s DNA? That comes from mitochondrial DNA of the woman who donated the egg.

Panagiotis Psathas, president of the Institute, stated at the time, “We are now in a position to make it possible for women with multiple IVF failures or rare mitochondrial genetic diseases to have a healthy child.”

As all of these cases demonstrate, as our understanding of mitochondrial genetics increases, there is new hope for a variety of rare diseases.