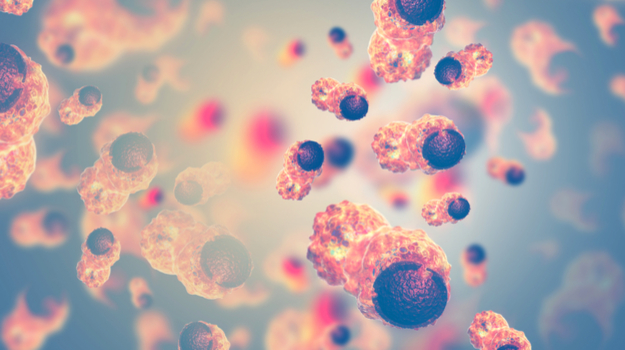 One of the key immune regulatory proteins is interleukin 2 (IL-2). It has uses in treating cancer and autoimmune disease but has toxic side effects that limit its use. Researchers at the University of Washington Medicine’s Institute for Protein Design recently created a protein that mimics the action of IL-2, but is more stable and has fewer side effects. Seattle-based Neoleukin Therapeutics spun out of the research with the help of CoMotion, a collaborative innovation hub.

The team’s research was published in the journal Nature, along with Nature News & Views commentary.

In her commentary, E. Yvonne Jones, from the University of Oxford in the UK, writes, “The standard engineering approach is to start with the natural protein and find a combination of mutations that result in a variant protein with the desired binding properties. But this approach has foundered when applied to IL-2. This is partly because the unmutated protein is not very stable, and, as Silva et al. demonstrate, the mutated proteins are typically even less stable, which is problematic for the manufacture and storage of a therapeutic agent. In addition, the mutated cytokines have reduced potency and exhibit residual binding to CD25.”

So Daniel-Adriano Silva, an Institute for Protein Design biochemist, who is vice president and Head of Research for Neoleukin, went back to the drawing board to start from the very beginning to design a protein structure that they could add elements to. It wasn’t easy and it took several iterations before they designed a candidate with improved stability and good binding qualities. They utilized a protein design program called Rosetta to develop a molecule that latched onto the two receptors on T-cells but didn’t have the third receptor that is believed to create the toxicities.

What Silva and his team came up with was called Neo-2/15. In lab animals, it stimulated cancer-fighting T-cells but didn’t have the severe side effects. They then filed a patent and formed Neoleukin Therapeutics.

The co-founders of Neoleukin are Silva, co-authors Umut Ulge, Alfredo Quijano Rubio and Cal Walkey, in addition to David Baker, director of the Institute for Protein Design. The company’s chief executive officer is Jonathan Drachman, who was chief medical officer and head of R&D for Seattle Genetics for 14 years.

Drachman told GeekWire, “It’s an incredible achievement to design a completely de novo protein that is not just biologically active but better than what nature evolved. This seems like the kind of thing that could overcome the problems of IL-2.”

Neoleukin plans to further develop Neo-2/15 into a drug and to test it to see if it is better and safer than IL-2 for melanoma and renal cell carcinoma. “The long-term opportunity is to grow a company that is a leader in de novo protein therapeutics,” Drachman told GeekWire.

Will it work? Time will tell. Nothing is guaranteed in early-stage biotech development. Jones writes, “It remains to be seen whether Neo-2/15 will deliver on its initial promise in the clinic. Moreover, perhaps the four-helix bundle is a particularly favorable case for re-engineering—other cytokine families that have more-complex architectures might be harder to redesign. Nevertheless, Neo-2/15 excitingly demonstrates that bold de novo design, when combined with a deep knowledge of the structural determinants of receptor binding, can deliver designer cytokines that have bespoke binding properties.”