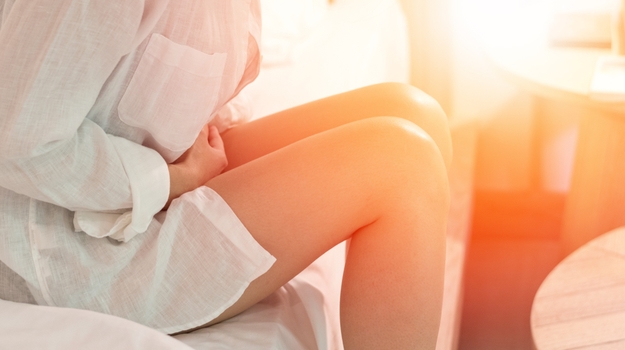 Myovant saw positive results in the first of two Phase III studies of its combination therapy for pain associated with endometriosis. This morning, the Switzerland-based company said its SPIRIT-2 study met its co-primary efficacy endpoints and six key secondary endpoints.

Myovant said its combination therapy of relugolix and norethindrone acetate hit the mark in the study and proved to be well-tolerated with minimal bone mineral density loss over 24 weeks. The combination therapy demonstrated a 75.2% response rate for dysmenorrhea, which is menstrual pain and a 66% response rate for non-menstrual pelvic pain. That was in comparison to the placebo response, which was 30.4% and 42.6%, respectively, the company noted. Women receiving relugolix combination therapy, on average, had a 75.1% reduction on the Numerical Rating Scale for dysmenorrhea from 7.2, which was classified as severe pain, to 1.7, rated as mild pain, Myovant announced.

In addition to the pain scores, the combination therapy hit six key secondary endpoints, including improvement in impact of pain on daily activities and a greater proportion of women not using opioids, with a generally well-tolerated safety profile including minimal bone mineral density loss, the company added.

Endometriosis occurs when tissue similar to that normally found in the uterus begins to grow outside of the uterus, leading to long-term pelvic pain (during or between periods), pain with intercourse and other painful symptoms. Pain from endometriosis is typically managed with nonsteroidal anti-inflammatory drugs (NSAIDs), opioids and hormonal therapies.

Linda Giudice, a professor in reproductive sciences at the University of California at San Francisco and a study leader, said endometriosis causes severe physical pain and emotional distress for many women who are in need of new non-invasive treatment options suitable for long-term use. The results from the Phase III study are clinically meaningful, “especially since the same dose that achieved significant improvement in pain also demonstrated a well-tolerated safety profile including minimal bone mineral density loss,” she said.

Myovant also announced that, in a separate clinical study, relugolix combination therapy achieved 100% ovulation inhibition in 67 healthy women with no women ovulating during the 84-day treatment period, as evaluated by the Hoogland-Skouby assessment scale. Additionally, 100% of women resumed ovulation or menses upon discontinuation of treatment with an average time to ovulation of 23.5 days, the company noted.

Earlier this year, Myovant reported positive Phase III data from its relugolix combination therapy in women with heavy menstrual bleeding associated with uterine fibroids. The company said women who received the treatment experienced, on average, an 89.9% reduction in menstrual blood loss from baseline at one year.

“Building on our successful Phase III studies in uterine fibroids, we are very pleased with the positive results from our first Phase III study in endometriosis which brings us closer to realizing our vision of a one dose, one pill, once a day potential treatment that balances clinically-meaningful symptom relief with a well-tolerated safety profile for women suffering from these diseases,” Myovant Chief Executive Officer Lynn Seely said in a statement.

Results from the second Phase III study in endometriosis are expected later this quarter.