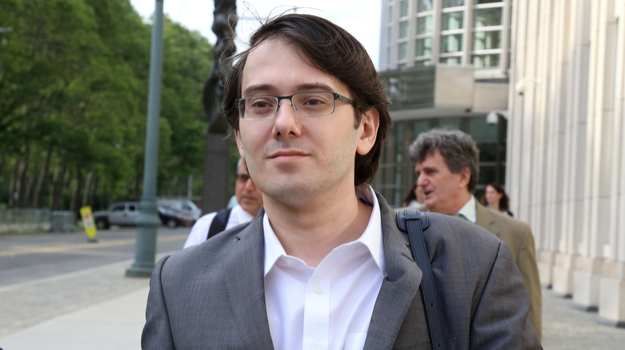 Martin Shkreli became one of the most vilified executives in the pharmaceutical industry following his company’s 5,000% price hike on a 60-year-old medication and his follow-up laments that he didn’t increase the price even higher.

Shkreli ultimately went to prison for his role in investor fraud, but many in the at-large public wanted to see him punished for the astronomical increase on the price of Daraprim, a toxoplasmosis treatment often used by patients whose immune systems have been compromised by diseases such as HIV and cancer. Now, it seems like the public may get its wish – five years after the price increase.

On Monday, the Federal Trade Commission filed a complaint in federal court against Vyera Pharmaceuticals, LLC, the company formerly known as Turing Pharmaceuticals that Shkreli founded. In the complaint, the FTC alleged an “elaborate anticompetitive scheme to preserve a monopoly” on Daraprim.

When Turin acquired Daraprim in 2015 for $55 million, the company raised the price of the medication from $17.50 per tablet to $750 per tablet. That increase impacted the care of many patients, the FTC said.  Because Turing and its executive team, including Shkreli, knew the price increase would attract generic competition, the company set out to block any such action from other pharma companies. According to the FTC complaint, Turing “illegally restrained trade through restrictive distribution agreements that ensured that would-be generic entrants could not buy samples of Daraprim” that could be used in the process of trying to develop a generic. Turing also prevented competitors from accessing a critical ingredient used to manufacture Daraprim. Additionally, the government alleged that Turing signed “data blocking” agreements preventing several distributors from selling Daraprim sales data to third-party data reporting companies. Generics manufacturers use this data to determine whether or not it is worth pursuing the development of generic equivalents. With these agreements, the defendants sought to keep potential generic competitors from accurately assessing the market, the government said.

The complaint alleges that consumers and other purchasers of Daraprim likely would have saved tens of millions of dollars by purchasing generic versions of Daraprim. Instead, as a result of the defendants’ anticompetitive conduct, there is no generic version on the market today, the FTC said.

“Daraprim is a lifesaving drug for vulnerable patients,” Gail Levine, deputy director of the Bureau of Competition at the Federal Trade Commission, said in a statement. “Vyera kept the price of Daraprim astronomically high by illegally boxing out the competition.”

In addition to Vyera, the complaint also names Shkreli and Kevin Mulleady as defendants due to them being “directly responsible for orchestrating the anticompetitive scheme, as well as Phoenixus AG, Vyera’s parent company.”

The FTC complaint seeks financial relief to “provide redress to purchasers” who overpaid for Daraprim. It also seeks remedial injunctive relief to restore competitive conditions to the market, halt any ongoing anticompetitive conduct, and prevent the defendants from engaging in similar conduct in the future.

Shkreli remains in federal prison in Pennsylvania following his 2017 conviction. Shkreli was found guilty in 2017 on two charges of securities fraud and one charge of conspiracy to commit conspiracy fraud. Last year Shkreli attempted to overturn his conviction by appealing his case to the U.S. Supreme Court. The high court refused to hear his case. He is eligible for release in 2023.