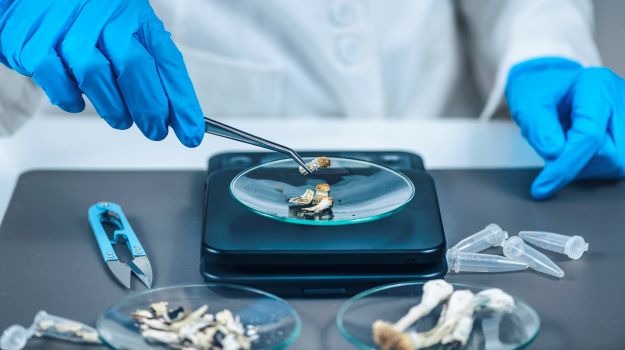 Psychedelics can be used to lower the opioid use disorder, says researchers.

Use of classic psychedelics may lower a person's odds of developing opioid use disorder, said a new study published in the journal Scientific Reports.

In the article, titled "Associations between classic psychedelics and opioid use disorder in a nationally-representative U.S. adult sample," researchers evaluated data from The National Survey on Drug Use and Health from 2015 to 2019 to assess the relationship between the two factors. The annual survey looks into the use of substances and their health outcomes, excluding people experiencing homelessness, currently incarcerated citizens and military members on active duty.

Key independent variables were lifetime use of peyote, psilocybin, LSD and mescaline — the four most popular class psychedelics in NSDUH logs. The scientists also considered demographic factors such as race/ethnicity, sex, age, marital status, self-reported engagement in risky behavior, educational attainment, annual household income and lifetime use of other substances like sedatives, marijuana, ecstasy, cocaine and others.

The main dependent variable was diagnosis of opioid use disorder in the past year, that is, if the individuals had been dependent on heroin or prescription pain drugs during the period.

At the end of the study, the researchers found that psilocybin — commonly referred to as magic mushrooms — was the only classic psychedelic that appeared to lower a person's risk for OUD. The results coincide with other population-based studies of a similar nature, such as the association between cocaine use disorder and class psychedelics, psilocybin and major depressive episodes and psilocybin and crime arrests in U.S. adults.

What is Opioid Use Disorder?

Opioid use disorder is a public health crisis, with almost 70,000 deaths in 2017 alone, up 292% from 2001. Around 70% of overdose deaths in the country are associated with opioids such as fentanyl, heroin and prescription opioid compounds. Two treatments exist for OUD - buprenorphine and methadone - but they come with a risk of trading one addiction for another.

The researchers note that the survey just looks into the matter topically, and some factors still need to be evaluated more closely. For one, "psychedelic use" was assessed based only on lifetime use but not frequency or recency. However, the obvious result that magic mushrooms can have lasting reductions in substance dependence risk means it can hold weight in any future studies on various therapies.

Classic psychedelics have the potential to treat opioid use disorder, and studying these could also possibly lead to protective and preventive measures. The report indicates that these results offer support for their use as a treatment for addiction.

"Future clinical trials will be required to test whether this association is causal, and to identify which mediators may underlie this association. Longitudinal studies should also assess whether there is a causal link between psilocybin and OUD. These studies can also provide essential foundational evidence for the link between psilocybin and OUD and maximize the likelihood of ethical and safe clinical trials that assess the treatment potential of this compound. In conclusion, our study represents an incremental step towards a greater understanding of factors that may prevent or alleviate opioid use disorder," the authors stated.