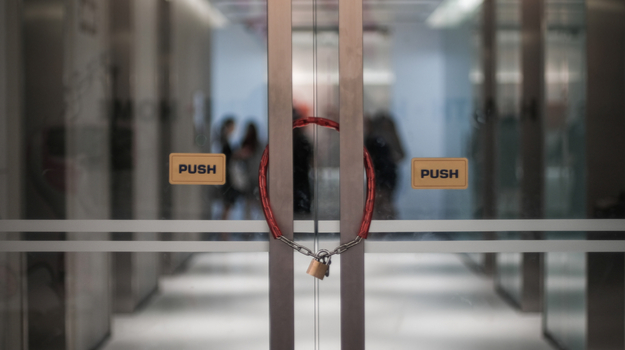 The Cancer Prevention Institute of California (CPIC), located in Fremont, California, announced it is disbanding after 44 years. The reason for the closing, it indicates, is lack of federal funding. It stated, “The organization has been primarily funded through public grants. Over the past several years, CPIC has been confronted with a dwindling federal funding environment. As an independent, nonprofit research institute, this presented an insurmountable hurdle in fulfilling the cancer prevention mission of the organization.”

The CPIC also noted that over the last few years, CPIC researchers transitioned to other instituted in industry and academia. The remaining researchers are transitioning to the University of California, San Francisco (UCSF) and Stanford University. As a result, CPIC research programs will continue at those facilities and their respective cancer centers, including the Helen Diller Family Comprehensive Cancer Center at UCSF and the Stanford Cancer Institute.

“While CPIC will no longer operate as the independent organization that has existed for 44 years, we take great comfort in knowing CPIC’s legacy will live on since all of CPIC’s scientific and community education programs are being preserved and will carry on either at UCSF or at Stanford,” said Matt O’Grady, interim chief executive officer, in a statement. “We’re also thankful very few jobs will be lost as a result.”

O’Grady joined about a year ago when the board of CPIC was at “a crossroads,” trying to determine the future of the organization. O’Grady determined the appropriate option was to close the institute and transition the research to other organizations.

“In my analysis, I was able to quickly build a consensus that while the mission of the CPIC is relatively timeless, the business model that had supported it for four decades had completely broken down,” O’Grady said, reports the San Francisco Business Times.

The CPIC has been involved in a number of well-known and well-regarded studies over its history. Examples include a report in partnership with the Marin Health Department in 2002 of elevated breast cancer levels in Marin County, and in 2011, CPIC’s research was instrumental in California being the first state to ban minors from using tanning beds. It also has served as a state call center for the Cancer Information Service and Every Woman Counts, a breast and cervical cancer detection program.

The CPIC states, “The UCSF Department of Epidemiology and Biostatistics and the Helen Diller Family Comprehensive Cancer Center will also assume management of the Greater Bay Area Cancer Registry under the leadership of the current CPIC Director Scarlett Lin Gomez, Co-Investigators Iona Cheng and Salma Shariff-Marco, and Registry Operations Director Kathleen Davidson-Allen. Since 1973, CPIC has been tracking through the Registry the 30,000 cancers diagnosed and 10,000 deaths that occur each year in the Greater Bay Area. The Registry is an important resource to help understand the cancer burden, risk factors, and the impact of cancer control programs.”

CPIC has hosted the Annual CPIC Breast Cancer Conference for cancer patients and survivors for the past 17 years. UCSF will pick that responsibility up and continue to host the conference.

Esther John, whose research focuses on breast and prostate cancer, will shift to the Stanford Cancer Institute.