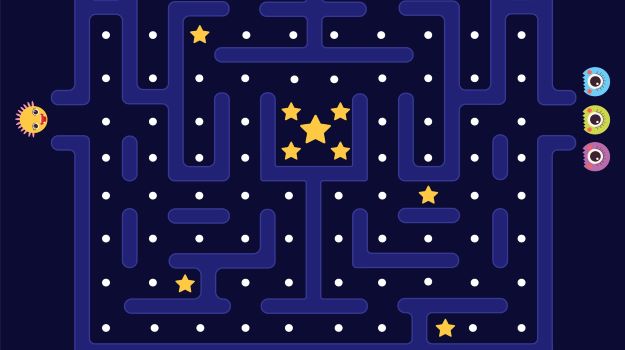 Locus Biosciences is offering an alternative to standard of care antibiotics with Pac-Man-like precision medicine. The CRISPR-Cas3-enhanced bacteriophage (crPhage™) product attacks harmful bacteria in the microbiome while sparing human cells.

“We engineer standard drug products that carry these special Pac-Man-like proteins, just like the old arcade game,” explained the company’s co-founder and CEO Paul Garofolo in an interview with BioSpace. “They’re incredibly safe and incredibly specific. They reach into the body and remove pathogens.”

Garofolo ventured into the biotech industry 30 years ago, gradually establishing a permanent home in life sciences. “The industry has this weird gravitational pull once you get these specialized biotech and pharma skill sets,” he said. Locus was founded in 2015.

The company uses robotics and automation to locate bacteriophages from environmental samples, such as wastewater or soil samples. After isolating the phages, they introduce the Pac-Man tool. “The Pac-Man enhances bacteriophages' natural ability to kill specific bacteria, which makes it stronger than standard of care antibiotics. When we put it into a human, it only kills what we’re targeting and avoids any good bacteria in the microbiome.”

Research published by The Lancet in January analyzed the global burden of antimicrobial resistance (AMR), establishing that bacterial AMR was associated with an estimated 4.95 million deaths globally, and directly attributed to 1.27 million deaths.

“The long-range implications of antibiotics are catching up to reality,” Garofolo said. “In some cases, antibiotic use is destroying some of the good bacteria in the body. In other cases, it’s fully depleting the healthy microbiome, leading to collateral damage.”

In January of 2021, Locus completed Phase 1b of its clinical trial involving LBP-EC01, a crPhage™ product that targets Escherichia coli (E. coli) bacteria that is responsible for urinary tract infections (UTIs). The upcoming Phase II trial involving acute, infected patients will begin as soon as the U.S. Food and Drug Administration grants approval. “This will be a head-to-head trial against standard of care antibiotics. We should have statistical proof of the efficacy of our product against standard of care for UTIs,” Garofolo said.

Recurrent UTIs can be debilitating, and Locus hopes to provide an alternate solution for patients who are suffering. “Sometimes, these women are getting three to five infections in a year, taking repeated antibiotics and getting collateral damage.” Locus hopes that its precision medicine can combat this issue. “We believe we can help. We believe that our medicines can extend into the reduction of collateral damage on a wide scale.”

The company uses a built-in data platform called Atlas to gain insight regarding engineering processes, cutting down production time on future products. Atlas also helps Locus predict how its animal model research will translate to the human population. “Phage is precise. We simulate strains that humans might encounter in the wild, then use robotics and screening to predict how the drug product will perform when it translates to humans. We use information about various populations to build a vaccine-like drug product. Bacteria evolve, so we have to maintain a pretty vigilant watch, with our product evolving to address that threat,” Garofolo explained.

To control contamination risk, Locus built its own manufacturing facility. The site won an Honorable Mention in the 2021 Facility of the Year Awards. “Phage, interestingly enough, is super contagious. They’re the worst strains you could imagine in terms of how fast they jump. You just need to have someone brush into one drop on a bench to have a contaminated product." Because the facility allows the company to control its own lines, airflow and personnel, the risk of contamination is limited.

The site was built to meet commercial release standards in the United States, Europe, Japan and other areas. “Essentially, we can build three separate products at any given time inside the same facility. We have lines dedicated to us and our partners. Our capacity is 40% utilized and growing, and we have a lot of spare capacity to intermix whatever we or partners need. We’re unique in that we have our own site,” Garofolo said.

Locus is partnered with Johnson & Johnson, and will soon announce a partnership with another of the top five pharma companies. “I don’t think many people know that strategic pharma groups like Johnson & Johnson are actually working on this infectious disease problem. If two of the top five biopharmas on the planet are working with us, they’re looking at precision medicine.” The new strategic deal is related to immunology rather than infectious diseases.

Garofolo said that just as precision medicine disrupted the broad spectrum of solutions in regular human disease, precise biologics will move to the forefront in the bacterial disease space, as well. “Our platform can be used anywhere where bacteria is causing the immune system to react poorly. We’re concentrating on antibiotics, then will move to other impactful fields. The medical world needs precision antibacterials.”