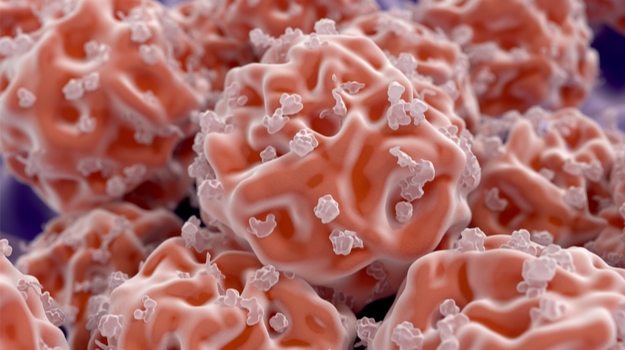 jCyte Inc. presented the results from its Phase IIb study and a detailed analysis of the study’s optical coherence tomography (OCT) data last week at the Association for Research in Vision and Ophthalmology (ARVO) Annual Meeting.

The analyses identified a target population for the planned pivotal study of jCell with key anatomical biomarkers, predictive of the effectiveness of their retinal progenitor cell therapy for retinitis pigmentosa (RP).  RP is a disease that leads to blindness early in life and affects one in 3,500 individuals worldwide. To date, there is no approved treatment for 99% of patients.

David Liao, M.D., a principal investigator of jCell’s Phase IIb study, presented data showing that in the target population (which excludes patients with highly advanced disease who could not be reliably measured), patients treated with a single 6 million cell dose demonstrated an early, sustained, and significant mean improvement in the primary endpoint of best corrected visual acuity (BCVA).

The improvement was +16.27 letters vs. Sham 1.85 letters from baseline to 12 months. All key secondary visual function endpoints in the target population were aligned with the BCVA data, with meaningful improvements in peripheral visual field area, contrast sensitivity, and the ability of these patients to ambulate better in lower light settings as measured by the Low Luminance Mobility Test (LLMT).

“The first takeaway is that we have identified a target population of patients without highly advanced disease that are more likely to respond to treatment with a single 6 million cell dose of jCell,” Shannon Blalock, Pharm.D., CEO, told BioSpace.

“When excluding patients with highly advanced disease that could not be reliably measured, because of, for example, their inability to fixate on a target or limited remaining visual fields of  less than 12° central diameter, the target population treated with 6 million cells had significant and meaningful gains in a broad range of visual function tests, including best corrected visual acuity, and low luminescence mobility, as well as improvements to their kinetic visual field, contrast sensitivity, and vision-related quality of life.

“The identification of these important structural predictors of response aligns nicely with the RP patient population expected to respond to jCell treatment based upon its paracrine mechanism of action,” Srivastava said in a statement. “These results are very encouraging as we know that jCell releases an array of well-established neurotrophic factors that have been shown to support photoreceptor function and survival in key preclinical models of RP and other retinal degenerative disorders when administered early in the disease process, prior to the significant loss of key retinal cell layers.”

Going forward, Blalock added, “We will apply these key learnings to our upcoming pivotal trials of jCell to optimize the probability of success of our pivotal Phase 3 trial to ensure that we do everything we can to get our RMAT designated therapy to RP patients who currently have no treatment options.”

While this study demonstrated efficacy across a collection of objective visual function endpoints and good tolerability, the duration of improvement is not yet known. “Duration may not be lifelong,” Liao said. “A Phase II study is ongoing” to study the effects of redosing patients.

“Rather than try to replace photoreceptors, we use injections of allogeneic retinal progenitor cells. They release an array of well-established neurotrophic factors that support photoreceptor function and survival in key preclinical models of RP and other retinal degenerative disorders when administered early in the disease process, before the significant loss of key retinal cell layers,” Blalock noted.

The goal is to change the cells’ microenvironment, thereby improving the function of existing photoreceptors and delaying or inhibiting cell mediated death, which is the underlying cause of disease progression in RP patients.

“Near-term,” Blalock said, “we’re focusing on selecting the right patients for our retinitis pigmentosa program globally and are engaging with regulatory agencies in the U.S., Europe, and Japan to plan our Phase III global development program in partnership with Santen, our global pharmaceutical partner for Europe, Asia, and Japan. Santen is the market leading ophthalmology pharmaceutical company in Japan, China, and many Asian markets, and we look forward to working closely with the Santen team to ensure jCell is approved in those key territories as soon as possible.”

jCell is designated a Regenerative Medicine Advanced Therapy (RMAT) by the U.S. Food and Drug Administration (FDA) and is agnostic to the genetic subtype of RP and therefore may provide relief to a broad group of patients with RP and potentially other retinal degenerative disorders.