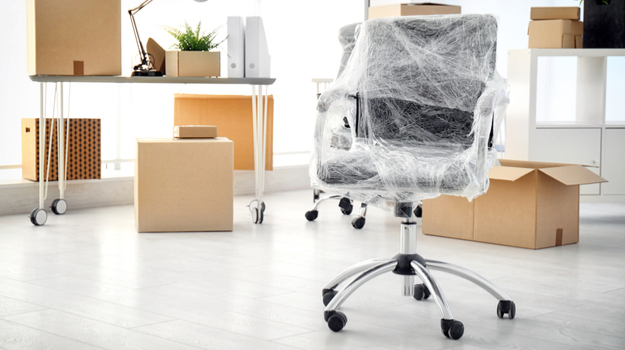 In late-February, Cambridge, Mass.-based Ironwood Pharmaceuticals announced it had entered into a private placement deal of up to $175 million that would be used to support its spinoff of Cyclerion Therapeutics. Today, Cyclerion has been launched on the second floor of a 200,000-square-foot, 3-story space on Binney Street, in Cambridge.

After the separation, no ongoing funding between Ironwood and Cyclerion is expected aside from some shorter-term transition expenses and other services. Ironwood isn’t expected to retain equity in the new company and did not invest in the private placement.

Cyclerion plans to utilize the power of sGC pharmacology to discover, develop and commercialize breakthrough treatments for serious and orphan diseases. It has a portfolio of five differentiated sGC stimulator programs each designed for unique target tissues.

These programs all have milestones expected this year. They include olinciguat in Phase II development for sickle cell disease, praliciquat in Phase II for heart failure with preserved ejection fraction (HFpEF) and for diabetic nephropathy. IW-6463 is in Phase I for serious and orphan central nervous system diseases, and two late-stage discovery programs target serious liver and lung diseases.

At the time of the private placement, Peter Hecht, Ironwood’s then chief executive officer and expected chief executive of Cyclerion, stated, “We are grateful for the strong support from the outstanding and experienced group of investors who are participating in this financing. We look forward to launching Cyclerion and Ironwood less than one year since our initial announcement of the separation, and to advancing our efforts to create innovative new medicines for patients and generate value for our shareholders.”

Ironwood was founded in 1998 and developed Linzess to treat irritable bowel syndrome with constipation, which launched commercially in 2012 with Allergan. Ironwood has two experimental compounds in mid- and late-stage clinical trials for gastrointestinal disorders.

Mark Mallon, who recently took over as Ironwood’s chief executive officer after 24 years at AstraZeneca, told the Boston Globe, “These two companies are particularly well-positioned, post the spin[off], to really do great things. It was the right strategy at the right time.”

As part of the tax-free spinoff, today Ironwood shareholders will receive one share of Cyclerion stock for every 10 shares of Ironwood stock. Cyclerion also begins trading on the Nasdaq Tuesday.

David Nierengarten, an analyst for Wedbush Securities, wrote in a note that the spinoff was a “reasonable strategy” that leverages the two executives’ strengths. In the case of Hecht, research and development; in the case of Mallon, marketing gastrointestinal franchises.

Per the Boston Globe, “Ironwood announced it would split into two independent publicly traded firms last May, three weeks after it took the unusual step of telling shareholders that an activist investor, Alex Denner, was seeking to join its board.”

Denner is the chief investment officer of a Greenwich, Conn.-based hedge fund, Sarissa Capital Management. Prior to launching Sarissa in 2012, Denner ran biotech investments for Carl Icahn. In interviews with the Boston Globe last spring, Denner indicated he wasn’t pleased with Ironwood’s stock price and didn’t like the way the company launched drugs for common diseases like irritable bowel disease while also developing drugs for rare diseases. He did, however, endorse the spinoff.

Hecht, on his part, indicates he had been discussing the idea of splitting up the company for several years and that Denner was “not a key protagonist in the story.” He instead, gives credit to other investors.

The spinoff also marks a much smaller company for Ironwood. At year-end 2017, Ironwood had 730 staffers, but under its new identity, will have 330. About 140 moved to Cyclerion and about 260 jobs were eliminated in January 2018. Most of those job cuts came from a decision to stop marketing lesinurad, a drug for gout it had licensed from AstraZeneca in 2016. Sales were disappointing.