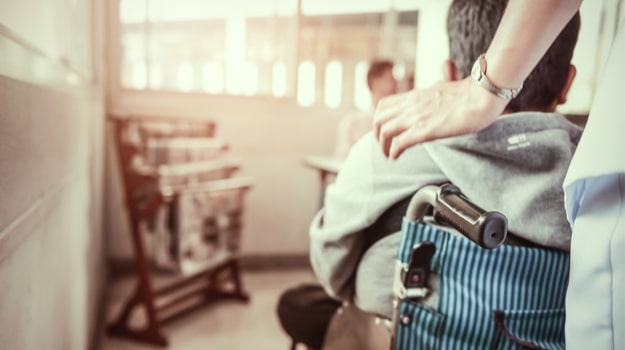 IntraBio lauched a Phase II expansion study for IB1001 (N-Acetyl-L-Leucine) soon after announcing positive results from the initial “parent” multinational trials for Niemann-Pick disease Type C (NPC). The expansion study is designed to assess the neuroprotective, disease-modifying effects of the drug. The company plans to approach the FDA in the next few weeks in hopes of gaining approval for the drug based on the relief of symptoms demonstrated in the initial “parent” study.

The parent study demonstrated a statistically significant change in the Clinical Impression of Change in Severity. Specifically, improvements in gait, fine motor skills, speech, cognition, overall function and quality of life were reported in that  study. It also met the secondary endpoints, including the Scale for the Assessment and Rating of Ataxia (SARA), and Investigator’s Clinical Global Impression of Change (CGI-C), thus demonstrating significant improvements for patients during the six week trial and the subsequent six-week washout period.

Dramatic videos, for instance, show children getting out of a wheelchair for the first time, or finally managing to feed themselves.

“That’s a big deal, but a six-week study can’t prove disease modification and neuroprotection,” Mallory Factor, founder and CEO of IntraBio, told BioSpace. The rationale for IB1001's disease-modifying effect is strongly supported by earlier non-clinical studies in the NPC mouse model and results from long-term clinical case-series for NPC.

NPC is a rare, prematurely fatal, autosomal recessive, lysosomal storage disorder. It is a chronic, progressive disease that begins in early childhood and is characterized by the rapid degeneration of the cerebellum and major organ systems. It presents as systemic, psychiatric and neurological symptoms.

Regardless the outcome of the extension study, even providing symptom relief is a major step forward. Currently, there is no approved treatment for NPC in the United States. In the E.U. and some other countries, treatment is limited to the substrate reduction therapy drug miglustat (Zavesca™).

As Susanne Schneider, M.D., principal investigator, Ludwig Maximilians University of Munich, said in a statement, "BI1001 is a breakthrough for the NPC patient community. The statistically significant and clinically meaningful response in primary and topline secondary endpoints with IB1001, together with its compelling safety profile and easy oral administration [a sachet mixed with water], affirm the very favorable risk/benefit profile of IB1001 as a treatment for this devastating disease."

"The exciting results of the IB1001 clinical trial bring new levels of hope and optimism to patients and families affected by Niemann-Pick disease type C,” Crowe said. “There is a critical need for new therapies to treat NPC.”

“These diseases have the same mechanism of action as Alzheimer’s disease, but they are ultra-rare,” Factor said. NPC, for example, affects 1:100,000 live births. That rariety allows the company to conduct small clinical trials for “people who are in really bad shape. Often, there’s nothing medically available.”

Lysosomal storage disorders are inborn errors of metabolism that result in the accumulation or storage of macromolecules in the late endocytic system. In NPC1, mutations in the late endosome and lysosome cause sphingosine, glycosphingolipids, sphingomyelin, and cholesterol to accumulate. More simply, Factor explained, “Many neurodegenerative diseases are caused by a buildup of neurons in the lysosome which is, essentially, the trashcan of the cell.” Disorders occur when that trashcan isn’t emptied. Cell signals can’t get through.

Acetyl-DL-leucine and its enantiomers, acetyl-L-leucine and acetyl-D-leucine, have been shown to slow disease progression in NPC and other lysosomal disorders in mouse studies. Basically, IB1001 clears the built-up neurons from the lysosome, Factor said.

“There are about 70 lysosomal storage diseases and, so far, IB1001 has been used compassionately in more than 18 indications during the past decade, including a half-dozen cases for dementia. It’s a very simple molecule that crosses the brain blood barrier, is oral, and safe.”

IB1001 also is in multinational trials for GM2 gangliosidosis (Tay-Sachs and Sandhoff) – with a readout expected in early 2021 – and in U.S. and EU trials for ataxia-telangiectasia (A-T) – also called Louis–Bar syndrome. Preclinical studies suggest it also may be beneficial in treating chronic traumatic encephalopathy and, based on its mechanism of action, possibly, Alzheimer’s disease.

“Our major goal is to get IB1001 to patients as soon as possible,” Factor said. “Products are manufactured, but not labeled.”

In terms of commercialization, he said the company is open to options.