Malaria Drug and Antibiotic Combo May Work Against COVID-19, But Experts Warn Caution and Skepticism 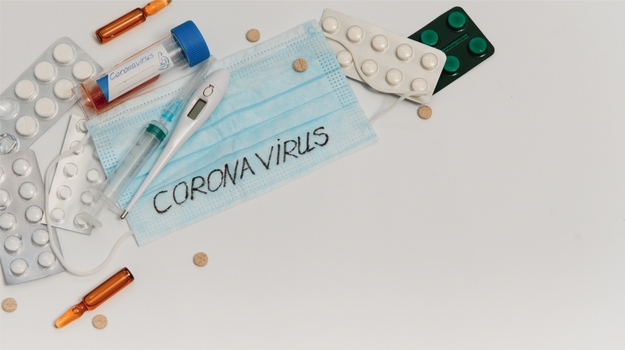 A lot of attention has shifted to the malaria drug hydroxychloroquine for treatment of COVID-19, the disease caused by the novel coronavirus. This was largely based on a study published in 2005 that found that chloroquine prevented the replication of the SARS-CoV-1 virus that caused SARS in laboratory studies.

In the midst of the China outbreak, production of the drug was ramped up for use in treatment. President Trump has touted it as a “game-changer,” while drug and public health experts have been more conservative in their praise, saying that the drugs, chloroquine and hydroxychloroquine, have not been approved as treatments for COVID-19 and that for the most part, their effectiveness for treating COVID-19 are largely anecdotal. However, because the drugs are approved for malaria, lupus and rheumatoid arthritis, physicians have broad latitude for using them “off-label” for COVID-19.

At least three big drug companies, Mylan, Novartis and Teva Pharmaceutical have agreed to increase production of hydroxychloroquine, with plans to donate literally tens of millions of doses of the drug hoping it can be used to treat COVID-19. On March 17, the University of Minnesota initiated a clinical trial of hydroxychloroquine for treatment of COVID-19.

French researchers have published an article in the International Journal of Antimicrobial Agents describing the potential use of a combination of hydroxychloroquine and the antibiotic azithromycin, which is better known as Z-Pak. The U.S. Food and Drug Administration (FDA) is also evaluating the drugs but have not yet made recommendations.

IHU-Mediterranee Infection in Marseille, France, stated, “A treatment with the hydroxychloroquine combination (200 mg X 3 per days for 10 days) + Azithromycin (500 mg on the 1st day then 250 mg per day for 5 more days), as part of the precautions for use of this association (including an electrocardiogram on D0 and D2). In cases of severe pneumonia, a broad-spectrum antibiotic is also used. We believe that it is not ethical that this association should not be systematically included in therapeutic trials concerning the treatment of COVID-19 infection in France.”

The French study, which is very small, “showed a significant reduction of the viral carriage” after six days of treatment and “much lower average carrying duration” compared to patients receiving other treatment. Six patients in the trial were asymptomatic and 22 had upper respiratory tract infection symptoms. Eight patients had lower respiratory tract infections. Twenty cases were treated in the study, with untreated patients acting as negative controls.

Anthony Fauci, director of the National Institute of Allergy and Infectious Diseases, is taking a more cautious, scientific approach. “As the Commissioner of FDA and the president mentioned yesterday, we’re trying to strike a balance between making something with the potential of an effect available to the American people, at the same time that we do it under the auspices of a protocol that would give us information to determine if it’s truly safe and truly effective,” he said in a Friday, March 20 press conference. “But the information that you’re referring to specifically is anecdotal, it was not done in a controlled clinical trial. So you really can’t make any definitive statement about it.”

Chloroquine is an effective drug for malaria, lupus and chronic rheumatoid arthritis, but it has significant side effects, including gastrointestinal distress and potential permanent vision damage. It can also be deadly at a relatively low dose. A Wuhan Institute of Virology study indicated it can be fatal in adults at twice the daily recommended amount, which is only one gram. It is, of course, even more dangerous for children.

According to China’s Ministry of Sciences and Technology, which ran trials of chloroquine in about 130 patients, the drug decreased the severity of COVID-19 and increased the speed of viral clearance.

Azithromycin is a widely-used antibiotic for bacterial infections. Side effects include upset stomach, diarrhea, nausea, vomiting or abdominal pain. Less common but serious side effects include hearing damage or deafness, drooping eyelids and blurred vision, difficulty swallowing or speaking, muscle weakness, and liver damage. It is contraindicated for people allergic to azithromycin and other antibiotics, including erythromycin, clarithromycin, telithromycin. It is also contraindicated in people with liver and kidney disease.

While production of these drugs increases, physicians will likely use the combination and others to treat COVID-19 under hospital conditions, if they can acquire enough doses of them. Individuals hoarding them will make that more difficult and people using them without physician supervision run serious risks of side effects and potential overdoses.