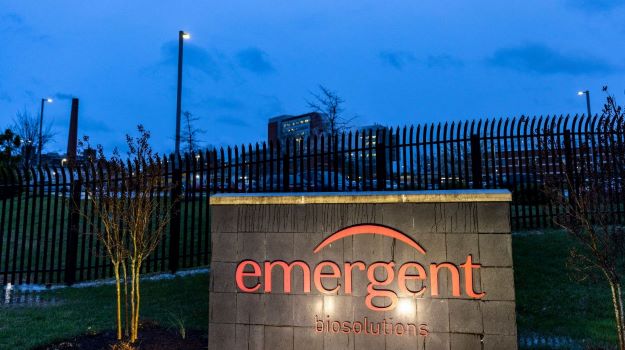 Now, J&J is taking over the production at that facility. In order to have full control of J&J’s product, the production of the AstraZeneca vaccine, which was being conducted at the same facility, will move elsewhere.

Emergent is part of J&J’s manufacturing network but did not yet have FDA authorization to produce part of the COVID-19 vaccine. Emergent wasn’t part of the supply chain, but was scaling up to be. If the batch had been successful, it would have been used in the vaccine and distributed.

“It’s important to note that these wouldn’t be finished doses, just key ingredients ultimately bound for another facility to be put into vials and prepared for distribution,” reported NPR’s Sydney Lupkin.

The problem was first reported by The New York Times, which indicated that 15 million vaccine doses were potentially affected. Apparently there was a mix-up by Emergent between vaccine materials it is producing for both J&J and AstraZeneca.

“The two vaccines use the same technology employing a harmless version of a virus – known as a vector – that is transmitted into cells to make a protein that then stimulates the immune system to produce antibodies,” The New York Times reported. “But Johnson and Johnson’s and AstraZeneca’s vectors are biologically different and not interchangeable. In late February, one or more workers somehow confused the two during the production process, raising questions about training and supervision.”

Emergent, on its part, said the quality control systems “worked as designed” to identify the issue and isolate the batch.

“There are rigorous quality checks throughout our vaccine manufacturing processes, and through these checks a single batch of drug substance was identified that did not meet specifications and our rigorous quality standards,” Emergent spokesperson Matt Hartwig told NPR. “We isolated this batch and it will be disposed of properly.”

The U.S. Department of Health and Human Services (HHS) stopped production at the facility of AstraZeneca’s COVID-19 vaccine on Saturday. HHS also requested J&J place a new team to oversee all manufacturing at the site. J&J confirmed the news, stating it was “assuming full responsibility.”

AstraZeneca is going to work with the Biden administration to locate an alternate facility.

A senior administration official, who spoke on condition of anonymity with The Washington Post, indicated that health officials had been in negotiations for more than a week over the changes. They have apparently already identified potential locations for the AstraZeneca production to be moved. The official suggested that Emergent, on the other hand, may have to move or eliminate some of its employees at the site as it turns over full control to J&J.

Some of these changes, definitely in response to the mix-up, are likely also simply priorities. The J&J vaccine has been authorized in the U.S., while AstraZeneca and Oxford University have yet to even file for Emergency Use Authorization (EUA) in the U.S., although the vaccine is being distributed in many other parts of the world.

Yesterday, Emergent announced that it was on track with its COVID-19-related vaccine manufacturing contracts. It also indicated it had received a contract modification to increase its original task order by $23 million from the Biomedical Advanced Research and Development Authority (BARDA). The funds will be used to buy the biologics manufacturing equipment specific to the J&J vaccine to expand manufacturing into a third suite at the Baltimore site. It is planning to ramp down the manufacturing of the AstraZeneca vaccine.

“Emergent’s top priority continues to be the strengthening of the supply chain for Johnson & Johnson’s vitally needed COVID-19 vaccine,” stated Robert G. Kramer, president and chief executive officer of Emergent. “We have been working closely with Johnson & Johnson and welcome the additional oversight and support at our Bayview facility, including increased and final sign-off of manufacturing of its bulk drug substance and supervision and direction of all Johnson & Johnson critical manufacturing operations. We value their partnership and that of the U.S. government to help deliver critically needed COVID-19 vaccines to the American public and globally.”

The FDA has regulations that prohibit multiple “live vector” vaccines from being manufactured in the same location. However, it was more ambiguous if that applied to the types of vaccines being manufactured by Johnson & Johnson and by AstraZeneca. Or, for that matter, whether two different vaccines could be produced in separate areas of the same facility. A senior official with HHS told The Washington Post, “They proved they can’t.”

The problems do not appear to be delaying J&J’s goal of delivering 100 million vaccines by the end of May. AstraZeneca, however, has not issued a statement yet on how much this will delay its vaccine production.