Here’s how the $100 Human Genome will Change Medicine 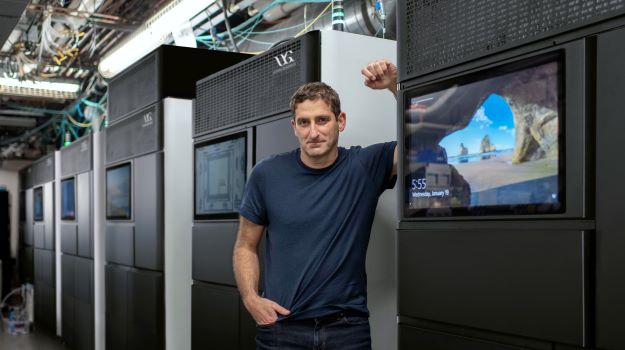 The information stored within the confines of the human genome is some of the most important data we can use in the diagnosis of disease, prevention efforts and therapeutics. Despite the fact that the technology to conduct whole genome sequencing (WGS) has been around for decades, financial barriers have stood in the way not just for patients and doctors looking for information, but for researchers as well.

Leveraging over $600 million in funding and five years of hard work, Newark, California-based Ultima Genomics has designed a way to surmount that financial barrier lowering the cost of a human genome from the realm of $1,000 to just $100.

Ultima has achieved this through the use of its sequencing architecture which replaces the traditional flow cell, a channel that contains all of the surfaces where chemistry and imaging occur during sequencing, with a silicon wafer. The technology serves the same function but at a lower cost with larger surface area, allowing for billions of reads. The process is easier to scale, amounting in large volumes of genetic data, and avoids costly and complicated fluidics.

The company also touts novel scalable chemistry, which combines the speed, efficiency and read lengths of natural nucleotides with the accuracy and scalability of endpoint detection. Add machine learning at the genome scale that can deliver accurate results and you’ve got yourself a cost-effective and useful human genome ready for interpretation.

“The importance of cost goes beyond simply enabling access to a larger quantity of existing genomic solutions. It also enables qualitatively different experiments to be envisioned and executed, not just once, but routinely,” Ultima CEO Gilad Almogy, Ph.D. said in an interview with BioSpace. “This can enable scientists to ask new questions they previously couldn’t answer, and it can change the way genomic information is incorporated into the broader healthcare system.”

The $100 genome stands to make genomics research that was once thought of as impossible, possible. In 2020, an article celebrating the 20th anniversary of Nature Reviews Genetics discussed the future of genetics and genomics research. In the piece, Stacey Gabriel, senior director of the genomics platform at the Broad Institute, commented that the real promise of genome sequencing lies in true population-scale sequencing at the scale of tens of millions of individuals that would enable the comprehensive, unbiased study of the human genome and the variations found within it.

Genomic research has provided physicians with a wealth of knowledge about genes that can increase a person’s risk of developing a certain condition, such as the BRCA2 gene which is linked to an increased risk of developing breast and ovarian cancer. However, without the ability to conduct large-scale studies, simply understanding the role that one gene or a handful of genetic mutations plays in developing disease is often not enough information to elucidate the genome's full impact. With scalable and cost-effective WGS, it will become much easier for researchers to understand the parties within our genome that contribute to the manifestation of disease, which could ultimately lead to targeted therapeutics.

Gabriel stated that she believes WGS should become a part of the electronic health record. There are plenty of good reasons to collect and include genomic data as it relates to health and disease. Beyond using this data to understand the risk someone is at for a certain condition, genomic information can help direct treatment. For example, some cancer therapies specifically target genetic mutations or alterations that have occurred in the tumor microenvironment. If patients and physicians have access to more affordable genomic testing, they can use the information to choose a targeted therapy that will work best for them.

“We envision a future where in nearly every interaction patients have with the healthcare system, their genomic information will be sequenced to reveal not just their inherited DNA, but also what changes in their bodies are encoded into circulating DNA, RNA, methylation and proteomics,” Almogy said.

The $100 genome is already proving its worth. Researchers from Stanford University utilized the low-cost genomic sequencing to investigate the trajectories in precancerous polyps to early colorectal adenocarcinoma. The paper, not yet peer-reviewed but published on bioRxiv, demonstrated the technology’s ability to observe changes in DNA methylation that occur early in the malignant transformation process, providing clues as to what happens at a molecular level when a polyp turns cancerous. This type of research could one day translate into clinical use, where physicians could use genomic sequencing to detect DNA changes in cells that might signal the danger of an impending malignant tumor.

“Low-cost genomics helps therapeutic development in a couple of fundamental ways,” Almogy said. “Firstly, many companies seek to understand the genomic drivers of disease by sequencing populations and looking for associations between variants and disease. This type of work inherently requires large numbers to be useful, and the $100 genome certainly enables larger studies in a wider variety of populations. Second, low-cost genomics enables large-scale experiments to reveal the function of many genes.”

Ultima isn’t prepared to stop at $100 though. As evidenced by its recent collaboration with Exact Sciences, the goal is to continue driving the price down. The companies entered into a long-term supply agreement in June aimed at lowering the cost of sequencing and improving patient access to genomics-based testing. As part of the alliance, Ultima and Exact will develop one or more of Exact’s advanced cancer diagnostic tests that will be developed using Ultima’s technology. Earlier in June, Ultima paired with Olink Holding AB to combine the latter's Explore assay with its sequencing system to enable larger-scale projects.

“We’re currently in early access mode, so we’re focused on optimizing the platform with our initial customers before making it available for broad commercial launch next year,” Almogy explained. "Beyond that, we continue to develop improvements in the architecture, because for us the $100 genome is only the beginning and we’re committed to continuously [driving] down the cost of genomic information.”