First Marijuana-Based Medicine for Epilepsy Now Available in the U.S. 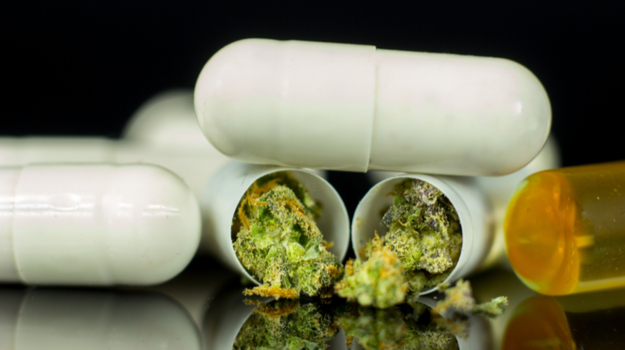 GW Pharmaceuticals, with offices in London, UK and Carlsbad, Calif., announced that its Epidiolex (cannabidiol) for seizures associated with Lennox-Gastaut syndrome (LGS) or Draven syndrome is now available in the United States. It will be marketed by its subsidiary Greenwich Biosciences.

The drug was approved by the Food and Drug Administration (FDA) on June 25, 2018. It is the first prescription formulation of highly purified, plant-derived cannabidiol (CBD), a form of cannabis that does not have the chemicals in it that produces the “high” associated with marijuana.

“We are delighted to announce that Epidiolex is now available by physician prescription as a new treatment option for patients with LGS and Dravet syndrome, two of the most difficult-to-treat forms of childhood-onset epilepsy,” stated Justin Gover, GW Pharma’s chief executive officer. “Because these patients have historically not responded well to available seizure medications, there has been a dire need for new therapies to aim to reduce the frequency and impact of seizures.”

In order to help patients get access to the drug, the company has created EPIDIOLEX Engage. It offers patient/caregiver-focused education and resources on how to decrease out-of-pocket costs for the drug.

Epidiolex is manufactured out of marijuana grown in the U.K. The company is, according to Bloomberg, “quick to distance themselves from the medical-marijuana industry. They say they don’t produce homeopathic elixirs for sale in herbal stores.”

The marijuana is grown in high-tech glass greenhouses that are kept at a constant 20 to 25 degrees centigrade and have computerized systems that control the temperatures and manage energy demands of keeping the light and temperature. Consistency in the plants’ growth makes manufacturing and purifying the drug easier.

Gover told Bloomberg,“We have given all the data a regulator needs to assess whether the drug is safe, whether it works, and whether it’s made appropriately. We have been able to meet that standard for a cannabis-based medicine, and that is historic—no other company has ever done that.”

In the U.S., marijuana is controlled on the same federal classification as LSD and heroin. As a result, even though Epidiolex was approved in June, the company had to work to get the drug rescheduled to a lower category before commercial sale. In September, the U.S. Department of Justice and the Drug Enforcement Agency (DEA) classified the drug as a Schedule V substance, which opened it up to prescription sales. Marijuana and CBD remain Schedule I substances.

The list price is $1,235 per 100 ml bottle. As a result, the company believes there will be a weighted average gross price in the first year of treatment of $32,500, consistent with other anti-epileptic drugs on the market. LGS and Dravet patients are typically resistant to anti-epilepsy therapies.

The drug is being studied for other forms of epilepsy, including tuberous sclerosis complex. GW manufactures the first cannabis-plant derived prescription drug, Sativex. Sativex was sold in Europe and other countries outside the U.S. for spasticity related to multiple sclerosis. The company is expected to evaluate Sativex in Phase III trials in the U.S.

FDA Commissioner Scott Gottlieb stated, “Adequate and well-controlled clinical studies supported Epidiolex’s approval, so prescribers can have confidence in the drug’s uniform strength and consistent delivery that support appropriate dosing needed for treating patients with these complex and serious epilepsy syndromes. The FDA will continue to support rigorous scientific research on the potential medical uses of marijuana-derived products and stand ready to work with product developers who are interested in bringing patients safe and effective, high quality products.”