Gilead and Lyndra Team Up to Develop Long-Acting HIV Therapies 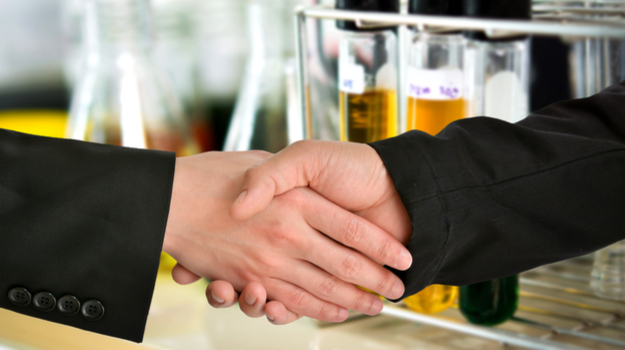 Lyndra, based in Watertown, Massachusetts, focuses on reformulating oral medication so they can be taken less often. The company’s technology revolves around a capsule holding a star-shaped structure. The six arms of the star unfold inside the patient’s stomach and slowly releases the drug over an extended period of time. The star remains in the stomach until all the arms break off and then is expelled from the body.

Gilead is a leader in HIV medications. This partnership comes only months after Gilead invested in Lyndra’s oversubscribed $60.9 million Series B financing round.

“Gilead has led the way in HIV prevention and treatment by focusing on reducing pill burden through the development of single-tablet oral regimens for their therapies, addressing an epidemic that affects nearly 40 million people globally,” stated Amy Schulman, chief executive officer and co-founder of Lyndra. “At Lyndra, our commitment to HIV is foundational and we are delighted to continue to work with strong research and development partners such as the Bill & Melinda Gates Foundation and, now, Gilead.”

Gilead, based in Foster City, California, is paying Lyndra $15 million upfront to develop a formulation for HIV that can be taken once a week, as opposed to every day. Gilead will pick up exclusive rights to any product that comes out of the collaboration and Lyndra has agreed not to work with other companies on HIV medications. At this time, they have not chosen which drug to focus on.

The Boston Globe notes that Gilead’s Truvada, a blockbuster drug for HIV, was approved in 2004 and then approved in 2012 as the first preventive drug for healthy patients at high risk of acquiring HIV via sexual activity. But the company has also come under fire by activists for its Truvada pricing. The Pre-exposure Prophylaxis (PrEP) use of Truvada runs about $1,675 per month, coming to approximately $20,000 annually.

Gilead also faced a lawsuit in May in a San Francisco federal court by consumers alleging the company conspired with other pharma companies to prevent generic competition, even after its patents run out. Gilead has sued other companies that have tried to market generic versions of Truvada in the U.S.

“This is exactly what pharmaceutical companies do,” Bruce Sunstein, a Boston intellectual property attorney told The Boston Globe. “They’re always interested in thinking of methods for extending their position.”

However, patents are a major issue in the biopharma industry, largely based on how long it takes for most drugs to go from inception to market, if ever. Earlier this year, The IQVIA Institute for Human Data Science released a new report titled, “The Changing Landscape of Research and Development: Innovation, Drivers of Change, and Evolution of Clinical Trial Productivity.” One of the findings was that the average drug takes 13.6 years to go from patent filing to launch.

Although biopharma companies use many legal strategies to extend the life of a drug’s patent, it’s clear that a majority of a drug patent’s lifespan doesn’t typically cover the years it’s on the market, but the years it’s in research and development.