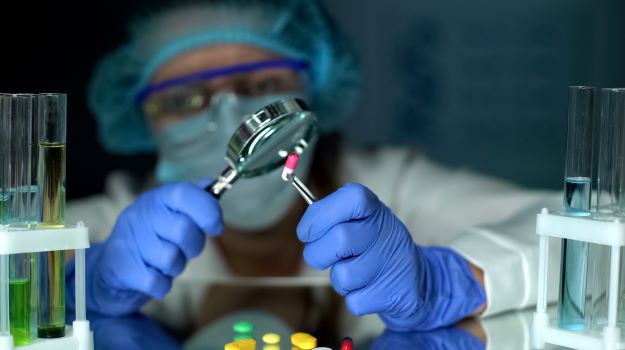 Gilead Sciences reported that about $250 million of counterfeit versions of its HIV drugs, Biktarvy and Descovy, were sold to pharmacies over two years. In August 2021, the company said that unauthorized distributors sold counterfeits to pharmacies where original Gilead bottles had been tampered with and contained incorrect drugs.

“After becoming aware of counterfeit Gilead HIV medication being distributed we notified federal law enforcement authorities, including the FDA, as well as dispensing pharmacies, and then took direct and urgent legal action,” said a Gilead spokesperson today. According to the company, distributors sold 85,247 bottles of the counterfeit drugs. The distributors are the target of a lawsuit Gilead has filed over the issue.

Apparently, many of the counterfeit drugs were acquired from homeless or drug-addicted HIV patients, then resold with faked documentation. The company’s use of “counterfeit” refers to both genuine drugs with false documentation and altered packages, as well as fake pills. In some cases, the alternate pills in the bottles were over-the-counter painkillers or antipsychotic drugs instead of the HIV medications.

The Wall Street Journal notes that the U.S. pharmaceutical supply chain is considered to be one of the safest in the world. If counterfeits do make it to the U.S., it’s typically by way of online pharmacies or being smuggled across the U.S.-Mexico border. However, counterfeiters sometimes find gaps in the supply chain by way of secondary wholesale distributors. These distributors buy and resell drugs to pharmacies, sometimes at lower prices.

The original lawsuit was filed in July, but a judge last week unsealed the case after asking Gilead why it should remain fully sealed. Gilead indicated it did not object to unsealing the case.

According to the filing, Gilead hired its own private investigators and cooperated with federal and local law enforcement agencies to seize the defendants’ offices and warehouses. They utilized the Lanham Act, a federal trademark statute that lets plaintiffs execute civil seizures and sue a case under seal if a judge approves. These seizures are a faster way of getting the fake drugs off the market than via criminal-law channels, said Randy Gaw, who is not involved in this case but has represented wholesalers in Lanham Act cases before. “It also gives the company more control over the process itself,” Gaw told The Wall Street Journal. “When the evidence is seized by the government, it’s in the property of the government and not shared with the company.”

According to Gilead, they had conducted court-permitted seizures at 17 locations in nine states. Gilead, in the lawsuit, has asked for damages and to bar the defendants from selling the drugs “whether genuine or counterfeit.”

Both Biktarvy and Descovy are prescribed to treat HIV. Descovy is also prescribed to prevent infection. The company projected 2021 sales for the two drugs last year to hit $10.2 billion. Both are delivered to pharmacies in sealed bottles, meaning that pharmacists were not involved in filling the containers.

In the filing, Gilead reported it first became aware of the counterfeits in August 2020 after White Cross Pharmacy in Brawley, Calif. reported it. A customer had informed the pharmacy that a bottle of Biktarvy held Tylenol instead of the HIV drug. The pharmacy replaced the bottles with authentic Biktarvy, then reported the incident to Gilead. White Cross acquired the drugs from Safe Chain Solutions LLC, a wholesale distributor in Maryland.

Safe Chain is a defendant in the lawsuit and their attorney denies Gilead’s allegations. In Safe Chain’s documents, they allege Gilead of abusive litigation tactics.

In July 2021, Gilead also found that Woody Weaver Pharmacy in Tyler, Texas, had bought Biktarvy from Scripts Wholesale Inc. They followed the bottles from a wholesaler to authorized distributor AmerisourceBergen Corp. However, Gilead said the pedigree documents were fake. Scripts is also a defendant in the lawsuit. An Amerisource spokeswoman told The Wall Street Journal that it used transactional data to confirm the counterfeit drugs had not moved through its facilities.

In August 2021, Gilead placed a public warning on its website that said, in part, “Distributors not authorized by Gilead to sell Gilead-branded medicine have sold these counterfeits to pharmacies where genuine Gilead bottles have been tampered with a counterfeit foil induction seal or label and contain incorrect tablets. Working in communication with the U.S. Food and Drug Administration (FDA), Gilead has alerted potentially impacted pharmacies to investigate the potential for counterfeit or tempered Gilead medication sold by distributors not authorized by Gilead that may be within their recent supply and to remain vigilant to the potential for this to occur in the future.”