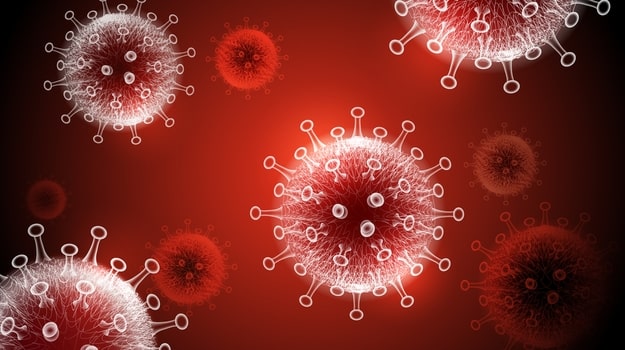 Convalescent therapy has been touted as a fast, effective response to COVID-19, but a new therapy by GigaGen Inc. could be even more promising. GIGA-2050, a new class of drug called a recombinant hyperimmune, offers 100-fold higher potency than convalescent serum therapy.

“GIGA-2050 is a mix of 12,500 different antibody sequences selected from 16 exceptional responders to COVID-19. There’s never been anything like that before,” GigaGen CEO and co-founder David Johnson, Ph.D., told BioSpace. “We’re establishing a completely new type of drug.”

As a treatment for COVID-19, GIGA-2050 combines the benefits of recombinant convalescent serum, such as purity, consistency and potency, with the benefits of plasma-derived antibodies, such as proven efficacy, diversity, polyvalence and in vivo affinity maturation.

Unlike convalescent serum therapies, however, GIGA-2050 can be made at a consistent level of potency and purity. Millions of doses can be made from donations from only a few individuals who have developed antibodies to the SARS-CoV-2 virus.

As researchers consider therapies for COVID-19, many turn to monoclonal antibodies (mAbs). They are easy to manufacture, but typically have no more than three antibodies.

An alternative, convalescent serum, contains a diverse set of antibodies, but their strength depends upon the strength of donors’ antibody responses. In fact, the bioRxiv study shows thousand-fold differences in anti-SARS-CoV-2 titers among plasma donors. Their weak, variable responses greatly complicate the ability of convalescent serum manufacturers to acquire enough high-potency product to address the COVID-19 pandemic.

For COVID-19, Johnson envisions three potential paths for GIGA-2050. It could be used for patients who do not respond to vaccines, as a prophylaxis for those with low-level vaccine responses (like the elderly) or as a therapeutic early in the disease, where it may be positioned somewhere between a vaccine and an antiviral medication (remdesivir) in a hospital setting.

Because the therapy contains so many different antibodies and binds to many virus variants, it likely will be effective even if the SARS-CoV-2 virus mutates.

“Our antibody mix binds to the original SARS virus of nearly 20 years ago,” Johnson said, as well as to the eight variants it was tested against. “We’ve used this for other virus targets, and it is safe and non-toxic.”

Recombinant hyperimmunes have transformative potential for the company, as well as for patients. The platform technology has broad applicability for multiple indications, including cancer and autoimmunity, as well as viruses. It has proof of concept for recombinant anti-thymocyte globulin (ATG), a Zika hyperimmune, and for use with primary immune deficiency (PID) patients.

“ATG is still made by giving rabbits human immune cells to generate antibodies, and then sacrificing the rabbit,” Johnson said. “The problem is that some rabbits respond better than others (producing varying quantities of antibodies), and some people have immune reactions to the rabbit antibodies.”

GigaGen’s recombinant hyperimmune version is made from human antibodies, so there’s no allergic reaction or batch-to-batch variability to worry about. For transplant rejection, GigaGen's recombinant polyclonal candidate has the potential to provide better efficacy with less frequent dosing.

In the case of Zika, the candidate appears to remove the risk that poorly neutralizing antibodies will enhance viral infection (antibody-dependent enhancement).

For PID patients, a recombinant intravenous immunoglobulin replicates the antibody diversity of healthy, vaccinated donors against selected common diseases. It is engineered to deliver higher potency than plasma-derived products.

Hyperimmunes are derived from donor B cells, and are produced recombinantly at large scale in mammalian cells. Manufacturing one batch, regardless of scale, it takes about two months using standard manufacturing methods, Johnson said.

“We’re in GMP manufacturing now,” but need to complete lot validation and other criteria before filing an investigational new drug (IND) application with the Food & Drug Administration (FDA) later this year. He hopes to launch first-in-human trials in 2021.

Before the company can ramp up manufacturing for clinical trials, though, it needs a fresh influx of funding.

“The government is focused mostly on vaccines right now. We applied for a DOD grant before the pandemic. If it had been awarded, GIGA-2050 would be in the clinic now,” he said.

“Recombinant hyperimmunes are a completely novel class of drugs,” Johnson reiterated. “No other company on Earth has the technology to produce this kind of drug.

“We still don't know whether vaccines and monoclonal antibodies will fail to prevent serious COVID-19, so our technology fills a critical niche to address the risk of a further escalating pandemic,” Johnson said. “In times of crisis, like times of war, you put money into new technology, like ours. Now is the time to innovate. The impact could be huge.”