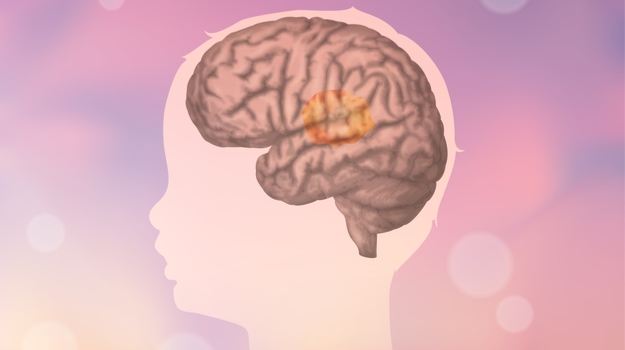 Scientists are studying whether a genetically modified form of the herpes virus, the virus that leads to cold sores and bolsters immune system responses, could be a viable treatment approach for brain tumors in children.

Immuno-oncology company Treovir is leading the way in developing this therapy with its oncolytic herpes simplex virus (HSV) immunotherapy G207, a promising candidate that has demonstrated favorable responses and survival benefits in a recent study of children with high-grade, recurrent brain tumors.

On Monday, Treovir announced positive findings from a Phase I study of G207 in 12 children with recurrent high-grade glioma, a type of tumor that comprises 30% of all tumors found in the brain and central nervous system as well as 80% of all malignant brain tumors.

Aggressive brain tumors, like glioblastoma, are associated with a low survival rate, with only 10% of patients surviving at five years following diagnosis. Malignant high-grade glioma, which accounts for between eight to 10% of brain tumors in children, also has a dismal survival rate that has not improved in the past 30 years. Overall, the median life expectancy following diagnosis of recurrent high-grade glioma is approximately 5.6 months.

Treovir’s G207 is a genetically modified HSV that has been engineered to infect only tumor cells. The virus enters tumor cells following infusion, replicates itself, and kills the cells by releasing viral progeny during the process.

In the company’s Phase I study, treatment with G207 in 12 children with recurrent high-grade glioma was associated with the generation of strong local immune responses. This finding offers insight into the therapy’s effect for harnessing the immune system to combat tumor cells.

The dose-escalation study included children between seven to 18 years of age with progressive high-grade glioma. Treatment consisted of an infusion of either G207 only or G207 plus radiation. According to a statement made by Treovir, there were no dose-limiting toxicities or serious adverse events (AEs) associated with the therapy. A total of 20 grade one AEs were potentially attributable to or associated with G207. Up to 11 patients experienced radiographic, neuropathological or clinical responses to G207.

Findings from this study are being presented during the virtual AACR Annual Meeting 2021. The trial data have been published in a recent edition of the New England Journal of Medicine. "This is the first study utilizing delivery of a viral immunotherapy directly into brain tumors in children and the results indicate that G207 can be delivered safely into tumors located in all areas of the cerebrum in children,” said Gregory Friedman, M.D., the study’s Principal Investigator.

"We are enthusiastic that the Phase 1 results appear to support the use of G207 as a safe and potentially effective therapy to treat pediatric high-grade gliomas," added Michael Christini, Treovir’s Chief Executive Officer. "There are no approved therapies to treat these types of lethal tumors and it is our goal to develop G207 for glioma and other childhood brain cancers."

Currently, Treovir is planning a Phase II trial of G207 in recurrent high-grade glioma, which is expected to launch sometime this year.