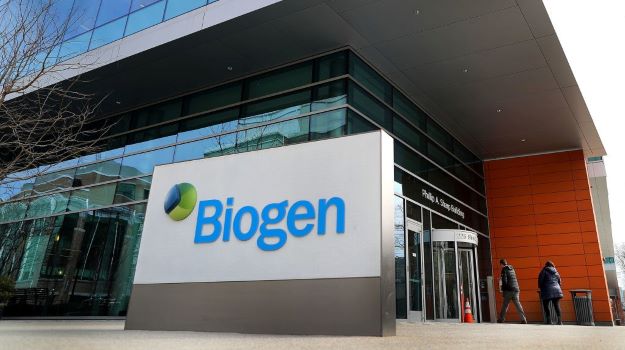 GSK and Sanofi veteran Christopher A. Viebacher will take over as chief executive officer for Biogen. He replaces Michel Vounatsos, whose departure was announced in May.

Viehbacher, who previously helmed Sanofi as CEO until 2014, joins a company that has been battered by controversies surrounding its Alzheimer's drug, Aduhelm, and increased competition for its top-selling drugs. Viebacher takes over as CEO on Nov. 14.

It was only weeks ago that rumors flew that Mathai Mammen, who left his role as head of research and development in pharmaceuticals at Johnson & Johnson in August, was being considered for the Biogen CEO position. In October, BioSpace reported that Mammen and Biogen were engaged in discussions about the potential role.

In a brief statement, Viehbacher called it an honor to join Biogen. He expressed admiration for the company's "determination and resilience in pioneering important new medicines to address some of the most difficult and challenging conditions in healthcare." Viehbacher said he was inspired by the company's untapped potential and looks forward to improving patient and stakeholder benefits.

Viehbacher replaces Vounatsos, who has guided the company since 2017. Vounatsos's tenure as CEO was marred by controversies surrounding the approval of Aduhelm.

Safety and efficacy concerns forced the U.S. Centers for Medicare and Medicaid to limit coverage of Aduhelm to patients participating in clinical trials. This followed Biogen's 2021 plans to initiate a $500 million cost-savings program and a 10% reduction of its staff earlier this year.

Although Aduhelm was not the Alzheimer's product Biogen was hoping for, there is hope in a second investigational program spearheaded by the company's developmental partner, Eisai.

In September, Eisai announced strong data from its lecanemab program in Alzheimer's. The anti-amyloid beta protofibril antibody slowed disease progression in a Phase III Alzheimer's study. Full data from this study will be presented on Nov. 29 at the Clinical Trials on Alzheimer's Congress.

Viehbacher brings significant experience to Biogen. He served as CEO of Sanofi for six years until he was ousted over the strategic direction of the French pharma giant.

During his time with Sanofi, Viehbacher has been credited with forging a partnership with Regeneron that led to the development of Dupixent. He also oversaw Genzyme's acquisition, bringing a portfolio of rare and specialty medicines into the company.

Before Sanofi, Viehbacher spent 20 years at GSK in roles of increasing responsibility.

Vounatsos will reportedly remain with Biogen for a short time to help with the leadership transition. He leaves the company with 30 different ongoing clinical programs. Of those, 12 are in Phase III or have been filed for regulatory approval.

"Biogen is at an important inflection point in CNS drug discovery and development. I am confident that Chris will be an excellent new leader of Biogen. With several potential breakthroughs in areas of high unmet needs on the horizon, I believe the best is yet to come for Biogen and its patients," Vounatsos said in a statement.