Is the FDA Getting Tougher on Drug Applications? 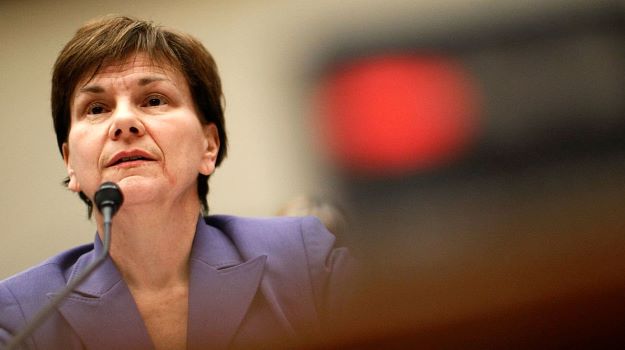 It’s already been reported that the U.S. Food and Drug Administration (FDA) is running an industry-wide evaluation of its accelerated approvals. These approvals were typically granted for drugs with a high unmet need and require the companies to conduct post-marketing clinical trials to determine if, in fact, the drugs are as effective as they appeared to be in earlier trials.

Now there appears to be some evidence that the agency is cracking down in general, although there’s debate among analysts about what exactly is going on.

Some analysts believe that a number of rescinded accelerated approvals and unexpected rejections is simply a short-term slowdown, possibly associated with overwhelming COVID-19-related work and the lack of a permanent commissioner. In early March, six former FDA commissioners urged President Biden to nominate a permanent agency head. The interim commissioner is Janet Woodcock, a 36-year-veteran of the agency, who many in the industry think should be made permanent commissioner.

Other analysts think that the apparently tougher stance of the agency is just a swing toward a more cautious approach after a number of years of being more industry-friendly.

“The relatively predictable regulatory outcomes of the last four or five years may not be as predictable going forward, which of course increases the perceived riskiness of the industry,” said Geoffrey Porges, analyst with SVB Leerink.

On its part, the FDA has not announced a policy shift and told Barron’s that it was not processing drug applications more slowly during the pandemic.

In recent weeks, there have been a number of failed confirmation trials, forcing the companies to withdraw their products for those indications. On March 1, Merck announced it had voluntarily withdrawn the U.S. indication for Keytruda for metastatic small cell lung cancer (SCLC) with disease progression on or after platinum-based chemotherapy and at least one other previous line of therapy. This was done in consultation with the FDA. The company notes that this decision has no effect on other indications for Keytruda.

A week earlier, AstraZeneca announced it was withdrawing its checkpoint inhibitor Imfinzi in bladder cancer over a similar response. Given the number of accelerated approvals in recent years, others are expected to follow.

The Imfinzi accelerated approval was for advanced bladder cancer with high PD-1 levels or in patients regardless of PD-1 status, and was to be confirmed by the DANUBE trial, but failed to meet the overall survival endpoints compared to standard of care.

For patients with extensive-stage small cell lung cancer, Imfinzi is approved as a first line treatment, based on OS data from the Phase III CASPIAN clinical trial.

The checkpoint inhibitor received accelerated approval for this indication in June 2019 based on tumor response rate and durability of response data from KEYNOTE-158 (cohort G) and KEYNOTE-028 (cohort C1). The deal with the FDA was that the approval was contingent on completing a post-marketing evaluation proving Keytruda was superior to other products in extending overall survival (OS).

On January 2020, KEYNOTE-604, the confirmatory Phase III trial, hit one of the dual primary endpoints, progression-free survival (PFS), but didn’t reach statistical significance for the other primary endpoint of OS.

“The accelerated pathways created by the FDA have been integral to the remarkable progress in oncology care over the past five years and have helped many cancer patients with advanced disease, including small cell lung cancer, access new treatments,” said Roy Baynes, senior vice president and head of global clinical development, chief medical officer, Merck Research Laboratories. “Keytruda remains a foundational treatment for certain patients with metastatic non-small cell lung cancer. We will continue to rigorously evaluate the benefits of Keytruda in small cell lung cancer and other types of cancer, in pursuit of Merck’s mission to save and improve lives.”

Some analysts are trying to judge FDA’s mood based on whether it approves Biogen’s aducanumab for Alzheimer’s in June. In many ways, that’s a bizarre thing to try to evaluate the agency’s overall approach, because it’s such a dramatic outlier. It was originally abandoned due to futility in March 2019, then a few months later, Biogen and development partner Eisai said the trial had met its primary endpoint in at least one cohort.

Biogen presented the findings in the final data analysis in a December 2019 conference, and although there was still some skepticism about the overall data, it did appear to be enough to file for a BLA and the company planned to do so in the second quarter of 2020.

What they presented was that the Phase III EMERGE trial met its primary endpoint, showing a significant decrease in clinical decline. Biogen said the data from a subset of patients that received a high enough dose of the drug had significant benefits on measures of cognition and function, including memory, orientation and language, as well as benefits on activities of daily living.

There have been delays in the submission, at least partly due to the COVID-19 pandemic, but also related to FDA’s request for more data.

Then, in November 2020, the FDA’s Peripheral and Central Nervous System Drugs Advisory Committee slammed the drug submission, voting 1 yes, 8 no and 2 uncertain on the question, “Does Study 302 (EMERGE), viewed independently and without regard for Study 301 (ENGAGE), provide strong evidence that supports the effectiveness of aducanumab for the treatment of Alzheimer’s disease?” It also voted 0 yes, 7 no and 4 uncertain on whether Study 103 (PRIME) supported the effectiveness of the drug. Again and again, the committee voted against the drug.

Andrew Baum, global head of healthcare research at Citigroup, is one of the analysts who thinks the Biogen application could be a bellwether for how the FDA is cracking down.

“That will tell you whether, in the face of an overtly negative independent advisory panel, the FDA is willing to overrule,” he said.

Barron’s cites several delays, including FDA deciding in early March to convene an advisory committee over FibroGen’s Roxadustat less than a month before the target action date, delayed decisions on drug applications from AbbVie and Kadmon Holdings, and refusing to accept a filing from Novo Nordisk.

Porges went so far as to downgrade six biopharma stocks this week, including GlaxoSmithKline and Alexion Pharmaceuticals, in a note to investors about “emerging concerns about the industry’s operating environment.”

However, Mark Breidenbach, an analyst at Oppenheimer, is more inclined to believe the agency is just extremely busy. “It’s the unfortunate reality of having a zillion applications, all focused on COVID-related stuff, utterly swamping the agency.”