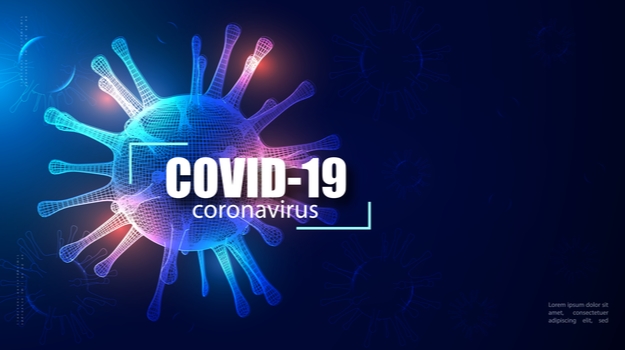 Questions have swirled in all corners of the internet and news about the origins of the novel coronavirus that has largely shut down the world. Was it a bioweapon? Was it a virus under study accidentally released from a lab in China? Was it… was it… was it?

Many researchers have debunked conspiracy theories that COVID-19 is a man-made virus. In March, researchers from a number of notable groups, including Scripps Research, published a paper in the journal Nature Medicine disproving that theory following an analysis of the genome sequence of SARS-CoV-2. This week, Dr. Anthony Fauci, who has been considered one of the most trusted leaders tackling the COVID-19 pandemic in the United States, once again stressed that, as far as the evidence suggests, the novel coronavirus is naturally occurring and was not made in a laboratory. In an interview with National Geographic, Fauci once again sided with the evidence that indicates the virus is a species jumper and originated in the animal kingdom.

“If you look at the evolution of the virus in bats and what's out there now, [the scientific evidence] is very, very strongly leaning toward this could not have been artificially or deliberately manipulated … Everything about the stepwise evolution over time strongly indicates that [this virus] evolved in nature and then jumped species,” Fauci said, according to an excerpt of the interview.

Fauci said the scientific evidence supports the idea that COVID-19 jumped from animal to man.

Fauci, the director of the U.S. National Institute of Allergy and Infectious Diseases, added that the evidence also does not support the notion that the virus had been found in animals and escaped from a lab in China where it was being studied. He suggested that this is a circular argument because that theory already supports that the virus was in the wild, to begin with.

“That's why I don't get what they're talking about [and] why I don't spend a lot of time going in on this circular argument,” Fauci said.

While there are numerous theories circulating, Fauci cautioned the general public to look at the source material to determine any validity.

“Anybody can claim to be an expert even when they have no idea what they're talking about—and it's very difficult for the general public to distinguish. So, make sure the study is coming from a reputable organization that generally gives you the truth—though even with some reputable organizations, you occasionally get an outlier who's out there talking nonsense. If something is published in places like New England Journal of Medicine, Science, Nature, Cell, or JAMA—you know, generally that is quite well peer-reviewed because the editors and the editorial staff of those journals really take things very seriously,” Fauci said.

In addition to the origins of the virus, Fauci also discussed potential vaccines for COVID-19. The NIAID, along with other agencies such as Biomedical Advanced Research and Development Authority (BARDA) are supporting the development of numerous vaccine candidates. Fauci noted it’s important to have multiple shots on goal in a pandemic. During his interview, he pointed to two promising vaccine candidates, Moderna’s mRNA-1273, an mRNA vaccine candidate against the disease, which is being supported by a $483 million grant from BARDA, as well as a candidate under development by researchers at Oxford University’s Jenner Institute. Fauci said that those two candidates are creating substantial immune responses in animal models and said the “promise is great.”

“We at NIAID are either developing or supporting the development of multiple candidates. You want a lot of shots on goal. We want four or five candidates that we put out there all within a reasonable time—maybe June, July, or August—to get them into an advanced trial. The mRNA one is already well into Phase I of clinical trials, and we're getting ready to go into Phase II and III sometime in the early summer,” Fauci said.

Fauci also spoke about a potential second wave of COVID-19 cases in the U.S., particularly as the country looks to re-open its shuttered businesses, as well as the importance of maintaining social distancing practices and the wearing of masks as a potential prohibitive against infection.