Expansions and Hirings Spark Surge of Growth in BioCapital Region 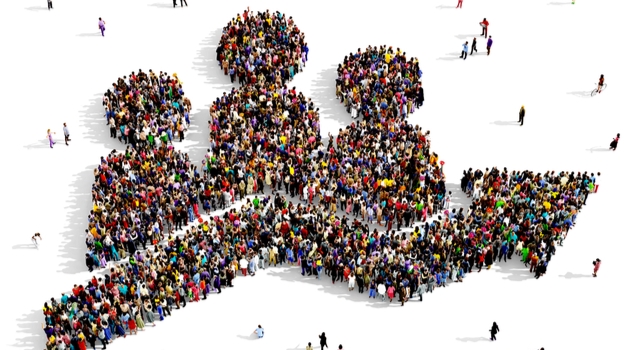 Fueled by billions of dollars invested by the federal government to battle the ongoing COVID-19 pandemic, the BioCapital Region has seen a surge of growth over the past year. Companies across the region have expanded their footprint and number of employees. That growth continues across the region.

Over the past few weeks, Virginia companies announced significant expansions that will bring hundreds of new jobs to the Richmond area. Most recently, Aditxt Therapeutics announced plans to build a high-capacity “AditxtScore Center” in Richmond. Construction is expected to begin in the second half of this year. The new immune monitoring center is being developed to increase processing capacity for the company's flagship AditxtScore, which is billed as a new approach to immune health monitoring that provides a comprehensive profile of the immune system. The platform is expected to measure indications of immunity to a specific disease. Aditxt said it intends to invest $31.5 million over three years to scale up its state-of-the-art immune monitoring center, including creating more than 300 new jobs over those three years.

The company will occupy 25,000 square feet of BioTech 8 in the Virginia Bio+Tech Park, a campus of Activation Capital, with plans for future expansion.

Aditxt Chief Executive Officer Amro Albanna said Richmond is an ideal location for the company’s first high-capacity AditxtScore Center. Albanna, a co-founder of the company, pointed to the skilled workforce, its location along the I-95 corridor, and available infrastructure as reasons to expand there.

“As we begin rolling out the AditxtScore platform and applications for immune monitoring, the establishment of an AditxtScore Immune Monitoring Network is vital to realizing our full vision for AditxtScore, which is to transform how we monitor the immune system from reactive testing to proactive monitoring. We look forward to working with the community to complete this important step in the execution of Aditxt's strategic plan," Albanna said in a statement.

Aditxt isn’t the only company expanding in Richmond. In April, Grenova Inc. announced plans to invest $10.6 million to expand its facilities in Richmond. Grenova is a sustainable biotech firm that designs, develops, and manufactures devices that wash and sterilize contaminated pipette tips for reuse. The expanded facility will allow the company to increase capacity with new production lines in response to the shortage of pipette tips for COVID-19 testing. The expansion is expected to add 250 new jobs over the next three years.

Grenova’s technology allows healthcare systems to safely wash and reuse the pipette tips used for testing, which has helped end pipette tip shortages and improve access to COVID-19 testing while making labs more environmentally friendly. Due to demand for its technology, the company has quadrupled in size in the last year.

Grenova CEO Ali Safavi said the company’s growth is a sign the “world is ready to rethink, reimagine, and reinvent the way plastic consumables like pipette tips are washed and reused within the life sciences industry and beyond.”

Other companies have recently expanded in Virginia. Civica Rx, a nonprofit generic drug manufacturing company, and a key partner for Phlow, announced in January that it would invest $124.5 million to establish its first in-house pharmaceutical manufacturing operation in Petersburg, Va.

Civica will construct a 120,000-square-foot state-of-the-art manufacturing facility, which is expected to bring in an additional 200 jobs.

Maryland has also seen significant growth over the past year. More than $6 billion in federal monies found their way into the coffers of multiple companies responding to COVID-19, which helped fuel the expansions. Montgomery County-based Vigene Biosciences announced a plan to expand its footprint, which will add up to 245 jobs. A gene therapy company, Vigene, said it intends to lease a 52,000 square-foot manufacturing space in the area that is expected to double its manufacturing footprint.

Vigene’s expansion comes a little more than 12 months after the company opened its 71,000 square foot state-of-the-art global headquarters in Rockville.

In March, Massachusetts-based TCR2 Therapeutics announced plans to build an 85,000 square-foot-cell therapy manufacturing facility in Rockville, Maryland. The site will support clinical and commercial production of gavo-cel with a capacity to treat several thousand cancer patients annually. The facility is expected to accelerate the company’s commercial-scale manufacturing timelines, with production anticipated in 2023. The facility is expected to create 175 jobs.