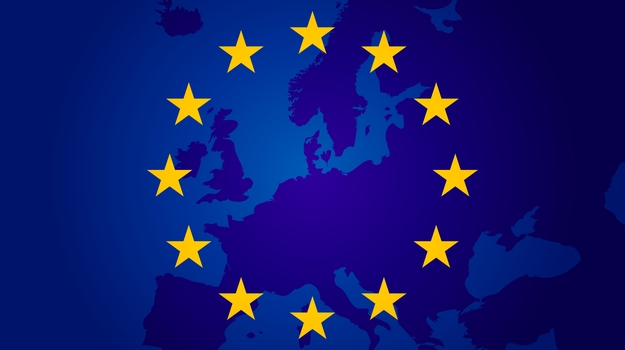 The European Union is planning to leverage an emergency fund worth $2.7 billion to buy promising COVID-19 vaccines ahead of approval. Four countries, Germany, France, Italy and the Netherlands, told a meeting of EU ambassadors yesterday they planned to accelerate negotiations with biopharmaceutical companies to access vaccines that are currently being developed.

The fund, called the Emergency Support Instrument (ESI), would be used to increase vaccine manufacturing capacity in Europe. It would also offer liability insurance to drug companies, since they are scaling up manufacturing of vaccines ahead of proof of viability and safety in hopes they will turn out to be safe and effective.

This is not particularly unusual under the current circumstances. On May 1, the U.S. Biomedical Advanced Research and Development Authority (BARDA) paid more than $1 billion to AstraZeneca, which is partnered with the University of Oxford’s COVID-19 vaccine efforts, to support the development, production and delivery of the vaccine beginning this fall. On June 2, the U.S. government’s Operation Warp Speed signed a $628 million contract with contract development and manufacturing organization (CDMO) Emergent BioSolutions to accelerate domestic production of leading COVID-19 vaccine candidates through 2021.

Many of the smaller biotech companies working on COVID-19 vaccines have partnered with larger biopharma companies to handle distribution and manufacturing. These include Pfizer and BioNTech, Moderna and Switzerland’s Lonza, as well as individual efforts by GlaxoSmithKline, Johnson & Johnson, and Sanofi. There is a recognition that with a need to vaccinate most of the world, no one company or product is likely to be sufficient.

The EU’s ESI fund is overseen by the European Commission. German Health Minister Jens Spahn and his counterparts from France, Italy and the Netherlands wrote to the EC saying they partnered to “achieve the fastest and best possible outcome in negotiations with key players in the pharmaceutical industry.” They were reportedly in discussions with various pharma companies including AstraZeneca about government research funding and purchase guarantees, although AstraZeneca declined to comment, according to Reuters.

The four countries are also in talks with Britain, Norway, Singapore and Japan about possible partnerships. The EU has expressed concerns that with a population of about 450 million, there may not be enough doses of a possible vaccine available in a timely fashion. The priority is likely to be health care professionals, front-line responders and the elderly, who appear to be at very high risk.

Also, today, a summit hosted by British Prime Minister Boris Johnson is expected to set a goal of at least $7.4 billion toward a COVID-19 vaccine. The funds will go to global vaccine alliance Gavi, the Vaccine Alliance, which is backed by the Bill & Melinda Gates Foundation, among others. The Gates Foundation is a founding partner of Gavi, which was founded in 1999, and pledged $750 million to establish it.

In addition to backing from the Gates Foundation, Gavi is supported by the World Health Organization (WHO), the World Bank, and UNICEF.

According to the WHO, there are at least 133 possible COVID-1 vaccines in development globally. Gavi would assist in global distribution if an effective vaccine is developed.

The funds are also expected to be used to help recovery from the pandemic. GAVI also indicated it is launching an Advance Market Commitment (AMC) for future COVID-19 vaccines to ensure that new vaccines are allocated to poorer countries. The AMC would offer incentives to vaccine makers to invest in large-scale manufacturing capacity even while they’re developing new products and before full-scale trials demonstrate efficacy and safety, GAVI’s chief executive officer Seth Berkley told Reuters.

“GAVI is worried about the low- and middle-income countries,” Berkley said. “The worry we have is that unless we scale up production dramatically right now, and do that at risk, when the vaccines are available, they could be bought up by wealthy countries. We’re trying to put together a facility that has global scope and that will work with manufacturers and help them scale up by saying to them: ‘If you have a successful vaccine, we will buy it.’”

Currently, the companies that are the furthest along in a COVID-19 vaccine are AstraZeneca and the University of Oxford, Moderna and the U.S. National Institute of Allergy and Infectious Diseases (NIAID), Pfizer and BioNTech, CanSino Biologics, Johnson & Johnson, Merck, and Sanofi.