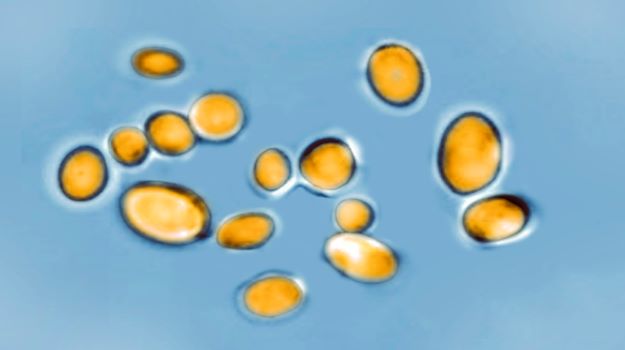 The cure for this new threat may rest with Cidara Therapeutics’ new antifungal drug, rezafungin. It currently is completing two Phase III trials. One treats candidemia and invasive candidiasis. On the other, rezafungin is used as a prophylactic for the prevention of fungal infections in a high-risk hematology setting. It shows efficacy against Candida spp., Aspergillus spp., Pneumocystis spp. and dermatophytes, can be administered safely at high doses, and it can clear the body of infection quickly.

So far, it is outperforming caspofungin, the 20-year-old standard of care. “If approved, rezafungin will be the first new antifungal therapy to treat and prevent fungal infections in approximately 15 years,” Jeffrey Stein, Ph.D., president and CEO of Cidara Therapeutics, told BioSpace.

“Unlike other species of Candida, C. auris is more difficult to eradicate,” Stein said. “The problem is very similar to that of multi-drug-resistant bacteria. Treatment guidelines in the U.S. and Europe specify drugs from the echinocandin class as first-line treatment. Hospitals, however, have narrow cost margins so physicians are encouraged to try less expensive treatments first – typically azoles.” Unfortunately, those drugs may knock down the infection but fail to eradicate it, which allows those fungi to strengthen their resistance.

To hone the point, the Centers for Disease Control & Prevention (CDC) said about 85% of the C. auris isolates in the U.S. are resistant to azoles, 33% are resistant to amphotericin B, and 1% to echinocandins – the three major classes of antifungal medications.

Rezafungin is a member of the echinocandin class but, unlike other drugs in that class, can be administered at high doses for greater efficacy. Trials typically dosed patients with 400 mg initially, followed by 200 mg doses per week (400/200). “That’s why it works,” Stein said. “It also has a very long half-life, so it can be administered once per week.”

Consequently, patients treated with rezafungin were released from the ICU three days earlier than those receiving caspofungin. “We expect to have topline data from our ongoing Phase 3 ReSTORE study by the end of the year,” Stein said.

The difference this makes to patients can be significant. For example, Stein mentioned one patient with a chronic C. glabrata infection that was being treated with once-daily IV infusions of caspofungin. When the strain acquired an fks mutation, making it resistant to caspofungin, he was switched to amphotericin B and flucytosine, but developed renal failure. “He was in significant need of alternative options,” Stein said. “His physician contacted us for expanded access. He’s received weekly infusions of rezafungin for the past year, as an outpatient.”

In another example, Stein cited a case in which a patient had a bloodstream infection that infiltrated tissues. “This is very difficult to treat,” he pointed out. The patient had had a liver transplant that was complicated by intra-abdominal abscesses with C. krusei. “She was unable to clear the infection on micafungin…but after 12 doses of rezafungin, the infection had resolved.” Imaging at week 12 confirmed the resolution of the intra-abdominal abscesses.

“C. auris is an issue among the immunocompromised and those whose immune systems are debilitated,” Stein pointed out. About 100,000 million Americans fall into that category, he said, because it includes patients taking anti-inflammatory medications for arthritis or lupus, the elderly, and transplant, and cancer patients.

“Reports of echinocandin- or pan-resistant Candida auris (C. auris) cases in the U.S. are increasing,” according to the CDC. These strains often are resistant to multiple drugs. Two clusters of infections have emerged since January – one in Texas and the other in the District of Columbia, the CDC’s Meghan Lyman reported in the Mortality and Morbidity Weekly Report. “Each cluster involved common health care encounters and no known previous echinocandin exposure, suggesting transmission of pan- and echinocandin-resistant strains for the first time in the United States.”

Antifungal therapies have, historically, been neglected in terms of developing new anti-fungal options, and have been slow to come to market. San Diego-based Cidara is among a small group of companies active in this area.

Cidara will present updated clinical data from STRIVE and preclinical data regarding an in vitro evaluation of rezafungin activity against Candida and Aspergillus spp. isolates collected in Asia-Pacific countries at the International Society for Human and Animal Mycology (ISHAM) Asia Congress. The virtual congress takes place August 6-8, 2021.