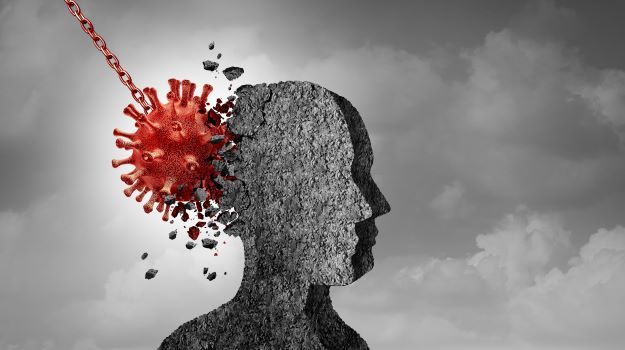 The COVID-19 pandemic may be lessening, but for patients, the after-effects may linger for months. Researchers at the virtual 7th Congress of the European Academy of Neurology (EAN) consistently report significant, lingering cognitive and behavioral problems in multiple studies.

The problem of neurological sequelae often is under-recognized, and may increase the burden of COVID-19 on patients, according to neurologists R. Garcia Santos, M.D., and M. Rodriguez Rodriguez, M.D., of Mexico City.

In a study of 238 COVID-19 patients admitted to one hospital in Mexico and followed-up with three months after their discharge, Santos and Rodriguez found persistent problems. Specifically, these COVID-19 survivors exhibited:

“Therefore, having a multidisciplinary long-term follow-up is advisable in order to optimize treatment and to improve prognosis,” Santos and Rodriguez stressed.

In Italy, two months after being discharged, many patients had difficulties with memory, spatial awareness and information processing, according to a study presented by Massimo Filippi, M.D., Scientific Institute and University Vita-Salute San Raffaele, Milan. Among the patients in the study, Filippi and his colleagues found:

Notably, these issues were much worse in patients under age 50. Most of those patients showed difficulty with executive functions.

“A particularly alarming finding is the changes to executive function we found, which can make it difficult for people to concentrate, plan, think flexibly, and remember things,” said Elisa Canu, M.D., first author on the paper and a researcher at the San Raffaele Hospital of Milan.

They affected 75% of the younger, working age patients.

Overall, cognitive and psychopathological problems correlated to the severity of acute respiratory symptoms, the researchers reported.

“Whether these alterations are directly linked with the infection itself or with its related consequences is still to be determined, as well as whether they are reversible or part of a neurodegenerative process,” they concluded.

The good news is that those issues dissipated over time. A 10-month follow-up of the same patients found that instances of cognitive issues had declined from 53% to 36%, but that PTSD and symptoms of depression persisted.

Additional research, conducted by Mattia Pozzato, M.D., of Osperdale Maggiore Policlinico in Milan, found that in 90% of the 53 patients in his study, other neurological symptoms emerged 5 to 10 months after COVID-19 hospitalization. More than 77% reported at least one neurological symptom within that time frame, and more than 46% reported more than three such symptoms.

The most common were:

Loss of taste or smell were less frequently reported.

A study in Ukraine, conducted by Professor Tamara S. Mischenko, M.D., head of the department of neurology and medical psychology at Karazin University, found similar results. After following up with 42 COVID-19 patients two to four months after hospitalization, she found neurocognitive impairment syndrome in 95%, and five of the 42 had experienced ischemic strokes. All exhibited symptoms of physical weakness, fatigue, and anxiety or depression. Other lingering symptoms included:

Looking deeper, Tommaso Bocci, M.D., a neurologist and neurophysiologist at the University of Milan, and colleagues turned to autopsies.

After examining the brain stem damage in COVID-19 patients, Bocci and colleagues identified a neurogenic component to respiratory failure. Specifically, SARS-CoV-2 was present in the brainstem, and there was a high incidence of neuronal damage.

“Our findings provide the first combined neuropathological, neurophysiological, and clinical evidence of SARS-CoV-2-related brainstem involvement, especially at the medullary level,” Bocci said in his presentation.

Bocci and colleagues compared neuropathological data from patients who died from COVID-19 and those who expired from other causes, focusing on neuronal damage and differences in the number of corporal amylacea (small masses that are common in neurodegenerative diseases).

Contrary to some other findings reported at EAN, researchers from the Centro Hospitalar Universitário do Porto, in Portugal concluded that the manifestation of neurological symptoms post-COVID-19 appears to be unrelated to the severity of disease. Luis Maia, M.D., first author on the paper, along with colleagues, examined 283 patients who were hospitalized with COVID-19 during March 2021, and 488 ambulatory patients who were diagnosed with COVID-19 during that same timeframe.

These Portuguese researchers attributed the differences to host susceptibility and viral characteristics.

The findings reported at EAN show overwhelming evidence of neurologic issues, even after the viral infection is controlled.