Crowdsource Funding to Launch a Biotech: Is it as Crazy as it Sounds? 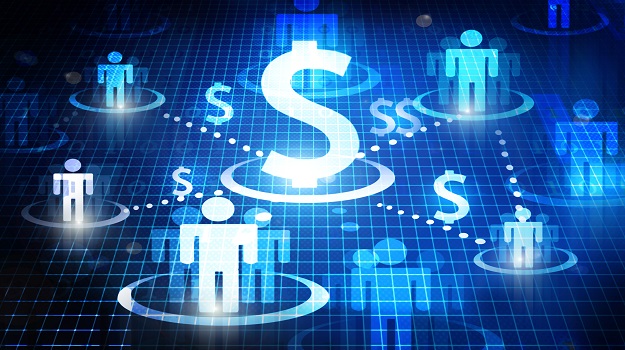 The typical way for a biotech to launch is for a scientist, often academia-based, to have come up with a discovery that shows commercial promise—sometimes rather far down the line. Venture capital (VC) firms are on the alert for this type of thing (and vice versa), and either invest solely in the new startup company, often supplying executive business leadership to the new company, or creating a consortium of investors to fund the company.

Occasionally a biotech is spun out of a bigger company—for example, when Biogen spun Bioverativ out of its hemophilia franchise in January 2017. A year later, Bioverativ was acquired by Sanofi for $11.6 billion.

Another possibility, which has been around for a few years, is a do-it-yourself approach using crowdfunding. Biotech 365 lists a number of platforms for biotechnology crowdfunding, including CapitalCell.co.uk, Useed, Petridish and others. It also notes that the biggest non-specific crowdfunding platforms are still Indiegogo and Kickstarter.

Some of these biotech-specific platforms have been around for a while. Crowdcube was founded in 2011, Seedrs in 2012 and SyndicateRoom in 2013. Ben Judge, writing for MoneyWeek, says, “Most of these platforms are of a general nature—anyone with a bright idea can put together a pitch and put it in front of investors…. But a growing number of new platforms cater to just one strand of business.”

For example, Capital Cell focuses exclusively on biotech, medical devices, therapeutics and diagnostics. Capital Cell’s founder and chief executive officer, Daniel Oliver, tells Judge that with a focus on a specific area, they provide something of a weeding-out process. “We pass projects through a series of filters that include experts in pretty much every relevant field: patents, regulatory, strategy, scientific, etc., so all the companies we put on the website are good opportunities with a decent chance.”

Much of the crowdfunding has been made possible by the 2012 passage of the JOBS Act (in the U.S.), which loosened federal government restrictions on how companies could raise money. In 2015, the U.S. Securities and Exchange Commission (SEC) loosened them even further via an amendment known as Regulation A+. Money Crashers writes, “Regulation A+ dramatically increased early-stage companies’ offering capacity and expanded the pool of eligible investors, effectively bringing equity crowdfunding opportunities to small-time retail investors.”

Some of the other platforms that are equity-based include Wefunder, Localstake, AngelList and EquityNet. Money Crashers notes, “Equity crowdfunding platforms generally earn the bulk of their income from fees charged to listed entities, though investors in multi-company funds often have to pay annual management fees. To boost investor confidence in the available investment opportunities, some platforms also invest their own capital in listed entities.”

From an investor point of view, keep in mind that biotech investing is a high-risk, volatile area anyway, and crowdsourced companies could be even more so.

Judge writes, “It should almost go without saying that this type of speculative investment is extraordinarily risky: the number of successful exits for early-stage businesses funded by crowdfunding remains very low. Oliver claims one company has made a ‘partial exit’ from the Spanish platform: a company developing a cancer diagnosis tool offered anyone who wanted to exit twice their money, 24 months after the first round. Another five have received further venture-capital funding.”

And in 2016, the Financial Conduct Authority, a financial watchdog, warned that equity crowdfunding is “a high-risk activity” and that for investors, “it is very likely that you will lose all your money.”

From the point of view of scientists, is this a good idea? It’s important to note that one important aspect of venture capital backing is business skills—many of the partners in VCs have experience launching and running startup companies and in many cases, taking them from launch to commercial entities—or through sales to big pharma partners. In terms of crowdsourcing, it’s just money, not expertise, and many scientists may quickly find themselves over their heads when it comes to running a company. Also, note what’s going on with the investment platform. One called Experiment, for scientific research, is an all-or-nothing platform. Before you receive any money, the raise has to hit the specific amount being asked for. This tends to have researchers asking for small amounts, often less than $10,000.

On the other hand, it allows researchers to get their hands on cash quickly. Another downside is that it requires a different type of communication skills to convince an unknown crowd of people to invest in your ideas than it does to convince experienced VCs. Lexology offers four tips: