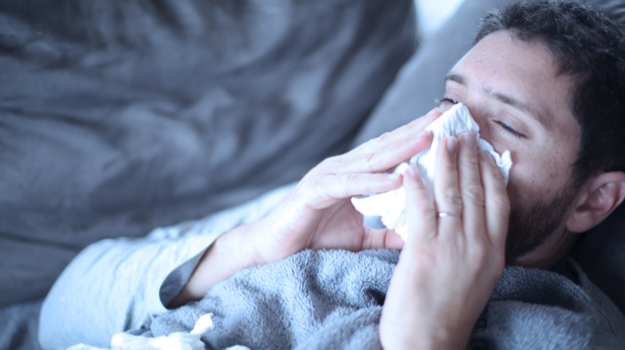 Last year’s influenza season in the U.S. had record-breaking hospitalization rates. The Centers for Disease Control and Prevention (CDC) reported 30,429 laboratory-confirmed flu-associated hospitalizations from October 1, 2018 through April 30, 2018. With any luck, this year’s flu season won’t be as bad.

A lot of industry observers are looking at a new flu drug, baloxavir marboxil, for which clinical trial data was just published. STAT News notes, “The drug … cut the time people were sick with flu symptoms by a little over a day. And it dramatically reduced the amount of viruses that people with infections had in their upper respiratory tracts, suggesting they might be less likely to infect others through coughs and sneezes.”

But one drawback was baloxavir marboxil didn’t make patients feel better faster than Tamiflu (oseltamivir). And the articles, published in the New England Journal of Medicine, indicated that viruses seemed to develop resistance to it quickly. It was of enough concern that the New England Journal of Medicine published an editorial by Timothy M. Yueki, associate clinical professor of Pediatrics with the University of California, San Francisco (UCSF), emphasizing the problem.

Baloxavir was developed by Japan’s Shionogi & Co., which is sold in Japan as Xofuza. Roche, which markets Tamiflu, acquired most of the global rights to baloxavir, and Genentech, Roche’s subsidiary, is developing it for the U.S. market. Shionogi still holds the rights to the drug in Japan and Taiwan.

Baloxavir is taken orally in one or two pills, depending on body weight. In Japan, STAT reports, it costs about $43.50 for the one-pill dose. It is the first drug in a new class called endonuclease inhibitors. They prevent viruses from replication.

“It looks like a very exciting drug,” Trish Perl, chief of infectious diseases at the University of Texas Southwestern Medical Center in Dallas, told STAT. “It’s a new [drug] class. Looks like it’s very efficacious. And it’s interesting because it has implications for patient care as well as for pandemic planning.”

The other two classes of flu drugs on the market are adamantine, which hasn’t been recommended for use in a long time because viruses have developed resistance, and endonuclease inhibitors. Despite the apparent enthusiasm, the fact that the patients didn’t feel better sooner than on Tamiflu is unexpected. Frederick Hayden of the University of Virginia School of Medicine, who was the lead author of the studies, told STAT he was surprised by that fact, suggesting those symptoms, fever, aches, malaise, may be a result of the immune system response rather than the infection itself.

STAT writes, “The drug acts quickly, but must be taken quickly as well for maximum effect. The studies — a Phase II and a Phase III, published together — found that people who took the drug within 24 hours of the start of symptoms felt better, on average, 33 hours sooner than people whose flu was untreated. But for those who started the drug later, their recovery was sped up by only about 13 hours.”

That can be tough, particularly if it’s used in response to a global pandemic, such as was observed last season.

In general, it is probably better to get a flu vaccine to prevent the flu, rather than try to deal with it after you’ve already caught it. Particularly since baloxavir is not yet available in the U.S.

An article published in USA Today on September 5 reported that the American Academy of Pediatrics was recommending that children ages 6 months and older should receive a flu vaccine as soon as possible—no later than the end of October. And the CDC on September 7 recommended everyone six months and older receive a seasonal flu vaccine by the end of October. It takes about two weeks to develop antibodies against the flu after receiving the vaccine, so the earlier the better.