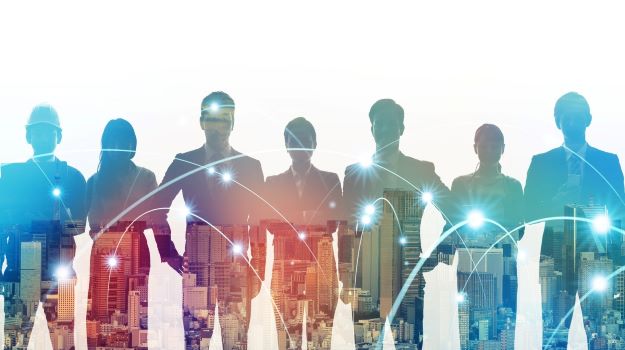 While companies across the world are shuttering under the financial strain of a global pandemic, the life sciences industry continues to soar. Need for solid talent and top-of-the-line manufacturing within U.S. borders has become more evident than ever. Here’s a recap of companies announcing facility expansions this past month and life sciences job creations across the nation.

New Jersey-based Catalent has seen a massive increase in demand for its commercial bio-manufacturing capabilities. Back in June, the company became a Moderna partner to provide vial filling and packaging capacity for its now approved COVID-19 vaccine. Catalent is now adding 125 more jobs to its 400-head operation in Madison.  Several clients utilizing this Wisconsin location are working on COVID-19 related programs including therapeutics to treat symptoms. The GM of the facility is anticipating one such client to soon receive Emergency Use Authorization from the FDA, which would explain the hiring push. Catalent announced two years ago that it was investing $100 million into the Madison facilities over a three-year period. Two new suites will be operational this year.

Cell and gene therapy CDMO Cognate BioServices announced plans to expand manufacturing capacity, lab space, warehouse and office support at facilities in both the U.S. and Europe. Headquartered just minutes from Memphis’ airport, Cognate will add both a distribution center and another commercial manufacturing site, doubling its current footprint. Construction on the distribution center has already begun and is expected to finalize soon. The 250,000-square-foot expanded space will create over 550 jobs for the area. Cognate’s CEO said the expansion plans, along with the areas they’re in, will give the company a unique competitive advantage over other CDMOs.

Tokyo’s FUJIFILM Diosynth Biotechnologies dives even deeper into the drug manufacturing space with a viral vector manufacturing plant coming to our shores soon. CEO Martin Meeson said the company wants to place the planned facility near one of its existing sites in the U.S. The company’s two largest U.S. spots are in Research Triangle Park and College Station, Texas, with smaller operations in 23 states total. Morrisville is hopeful they’ll be picked for the $2 billion-dollar large-scale cell culture manufacturing site. Planning to be up and running by 2025, it should bring about 600 jobs to whichever area it lands in. Both of Fujifilm Diosynth’s larger sites have been supporting the manufacturing of Novavax's COVID-19 vaccine.

With a virtual grand opening ceremony on January 20, Northway christened its new 30,000-square-foot process development and cGMP manufacturing site in Waltham. The CDMO also has a cGMP site in Europe. The new facility will offer several production services, including cell line development, cGMP dietary supplement manufacturing and aseptic filling. End-to-end services will focus on microbial biologics and mammalian-based biologics. Although specific numbers were not shared, the $40 million investment is sure to bring new jobs to the area. It is anticipated to be completely operational by the fourth quarter of 2021.

While COVID-19 has cost many their jobs, it’s also creating some new ones. In anticipation of a high demand for MicroGEM’s new portable COVID-19 tests (approval pending), the company is bringing 500 new manufacturing jobs to Utah. The 69,000-square-foot Ogden facility, in combination with the recent acquisition of a Nashua, NH-based engineering firm, MicroGEM expects to produce 160,000 tests per day. The system, Spitfire 6830, can identify asymptomatic and symptomatic patients with a saliva test, no lab required. The project has been funded in part with federal funds by the NIH Rapid Acceleration of Diagnostics initiative.

Over the next ten years, Tampa will be seeing a big boost in job opportunities as the Moffitt Cancer Center struck a deal to expand exponentially. The first phase will include a $60 million, 128,000-square-foot corporate business park. Anticipated completion is about five years, creating 435 jobs for the area. All told, the full deal which will develop over a 775-acre campus is expected to bring 14,400 new positions. Pasco County approved a $25 million incentive package and financing for Moffitt, in addition to waiving nearly $800,000 in fees. The project will expand clinical and research facilities, allowing third-party researchers, manufacturers, and clinical providers space to work. The Pasco Economic Development Council hopes it will become a life sciences hub for enterprise and innovation.