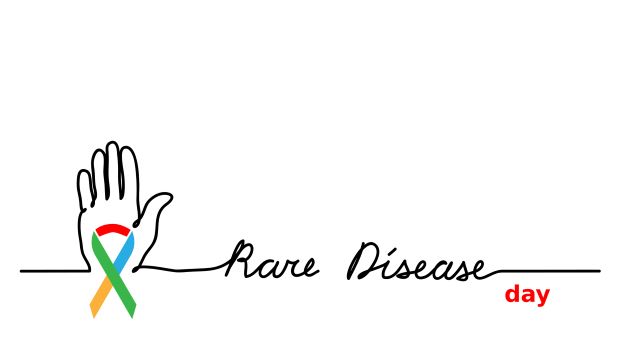 February 28 marked Rare Disease Day, and biotech companies gathered together to raise awareness, advocate for improved access to treatment and let patients know how they are pivoting to improve patient care and access during the COVID-19 pandemic and beyond.

Rezolute Inc., a clinical-stage biopharmaceutical company developing novel therapeutics for patients with metabolic and orphan diseases, was just beginning a Phase IIb study of its lead candidate, RZ358, for Congenital hyperinsulinism (HI), when the chaos struck.

“We have hospitals around the world where the COVID ward was right next to the research ward. We had hospitals that for six months shut down entirely,” shared Erin O’Boyle, Head of Clinical Operations at Rezolute. “We had a lot of overnight stays, but then, right when we were kicking off the study and going into enrollment and starting to activate our sites, COVID hit, and it really kind of changed the landscape I think for everyone, and especially pediatric overnight, high-burden studies.”

HI is an ultra-rare pediatric genetic disorder characterized by excessive production of insulin by the pancreas, affecting approximately 1 in 50 thousand children globally, with a greater prevalence in Israel and Turkey. If untreated, it can cause repeated episodes of dangerously low blood sugars, leading to neurological and developmental complications, including seizures, learning difficulties, and brain damage, and even death.

RZ358 is an antibody that functions as a gatekeeper, controlling the amount of insulin allowed in and out of the cell, with the intent of preventing these severe, persistent low blood sugar episodes.

The trial, like any in such a rare illness, offers a lot of hope to patients who don’t have much, and Rezolute wasn’t about to let a global health crisis get in its way.

“It was very difficult to get patients to come to the hospital for all their visits. So we looked at the clinical protocol and decided to put an amendment in place where we could essentially shift some of the in-hospital kind of follow-up visits to more of a home-based health nurse. So essentially avoiding any type of in-hospital visits where necessary, or where it may not be required,” O’Boyle said.

While not eagerly adopted by some of the countries where the trial is currently taking place, O’Boyle said that it has been appealing to countries where they are working toward activation, such as the U.S., U.K., Spain and Germany.

For now, Rezolute is considering calling another audible.

“We’re really looking, even now, into putting another amendment into place. Another step that we’re looking at implementing is modifying our dosing schedule to reduce the number of in-hospital stays, and reducing it significantly, so really cutting it in half, which I think will make a significant impact for the patients and the sites to manage this.”

Sio Gene Therapies, which is developing gene therapy treatments for debilitating neurodegenerative diseases like Tay-Sachs/Sandhoff disease and GM1 gangliosidosis, has had some close calls during the past year.

To facilitate its goal of building an industry-leading gene therapy company focused on rare CNS diseases, Sio has made it a priority to interact with patient organizations to determine their primary objective, whether that be stability or a cure. These relationships proved critical to working around travel restrictions posed by the pandemic.

“We had a family from Sweden, for example, that needed to be enrolled in the GM1 study, and with that collaboration, we were able to get them here less than 24 hours before their travel ban went into place. That family, sadly, has three children that are affected by the disease. By ‘this much’ we were able to give those kids the hope that we wanted to give them. I think that gave us an idea of what’s possible,” said Sio Chief R&D Officer, Dr. Gavin Corcoran, M.D.

GM1 gangliosidosis is a rare and fatal pediatric lysosomal storage disorder (LSD) that progressively destroys neurons in the brain and spinal cord, leading to a number of systemic manifestations including skeletal abnormalities, seizures and profound intellectual disability.

In recognition of Rare Disease Day, Sio will hear from a family who recently lost a child to GM2 gangliosidosis, more commonly known as Tay-Sachs disease.

“They’re coming to tell their story to the team to really help us understand what it is that we’re working towards. So they’re going to come and tell us what it was like to be able to have the diagnosis, all the things they needed to do, what was important to them, what they see as the hope for gene therapy,” said Corcoran. “I’m lucky. I’m a physician, so I know what it’s like to treat patients. Many of our colleagues in the company don’t know what it’s like, they’re not healthcare providers. So this brings it home. This is reality.”

Corcoran shared an interaction that was particularly impactful for him:

“I remember talking to one of the moms myself, and she said something to me that will never, never leave me. She said, ‘you know what? I have to watch my child die every day.’”

Also in the midst of the pandemic, Sio had a patient with GM2 who it was ready to enroll in a trial for its novel gene therapy, AXO-AAV-GM2. However, the company was waiting for a clinical hold placed by the FDA in 2019 to be resolved, which hinged on the completion of a set of assays.

“Those assays were done by a group in Serbia, so we had to interact with people in Europe. The usual way that you do it when you don’t have COVID is to go to the laboratory, and you stand there and work with the team. Well, we couldn’t do that, so we had one of our colleagues that was involved with putting those assays together who honestly was up at 3 o’clock in the morning given the time difference, real-time working with them as much as she could from a remote standpoint,” explained Corcoran.

“We were able to get that patient enrolled and treated within about two months of having the IND cleared, which I was very proud of our team for doing,” said Corcoran.

X4 Pharmaceuticals is developing a class of small molecule therapeutics that work as antagonists of chemokine receptor, CXCR4, the disruption of which is implicated in a number of primary immunodeficiencies (PIs) and cancers.

Many PIs, such as WHIM syndrome – a rare, inherited disease caused by genetic mutations in CXCR4 – are caused by the improper trafficking of immune cells related to the CXCR4 receptor and its ligand CXCL12.

Paula Ragan, Ph.D., Chief Executive Officer and President of X4, explained that this receptor is critical to a healthy immune system, as it allows for the movement of white blood cells out of the bone marrow, enabling them to perform their surveillance role.

“Unfortunately, in certain situations, there’s a mutation in CXCR4, and what happens is those white blood cells are stuck in the bone marrow, or they’re immobilized. So it’s like a switch that’s turned on and keeps them sticking in the bone marrow, and our drug, Mavorixafor, can turn that switch off and allow those white blood cells to release and traffic and do their job,” Ragan said.

X4 recently implemented in a new role: Vice President of Patient Affairs and Advocacy. This was excellent timing, as COVID-19 would soon turn the world – and X4’s trials – upside down. So the company created a survey to discover the needs of their patients, who are immunocompromised, at this unique time.

“Early in the days of COVID, we wanted to hear from our patients. What do they need as they consider either joining or continuing in our trials?” said X4 President and Chief Executive Officer, Paula Ragan, Ph.D.  “I think they were already concerned about travel and going into some of the hospital situations, which were obviously more of a risk of exposure. So one of the things that we did to listen to them and accommodate for that is to bring the trials to them. We established home healthcare visits to try to take them out of that risk situation, but still get the right measurements that were critical for a successful trial.”

The role of Vice President, Patient Affairs and Advocacy is filled by Michele Rhee, who has both extensive professional and personal experience in this area, having been diagnosed with cancer at age 20 and a rare disease at 21.

Ragan noted that these ingenuities are a rare silver lining of the pandemic.

“In general, clinical trials are very poorly enrolled across the universe of patients. I think people feel like it’s quite a taxing process. I think this opportunity with COVID has given us, the industry, some insights on how can we make this accessible to as many people as possible even without a pandemic, and it’s really challenged us in a good way.”