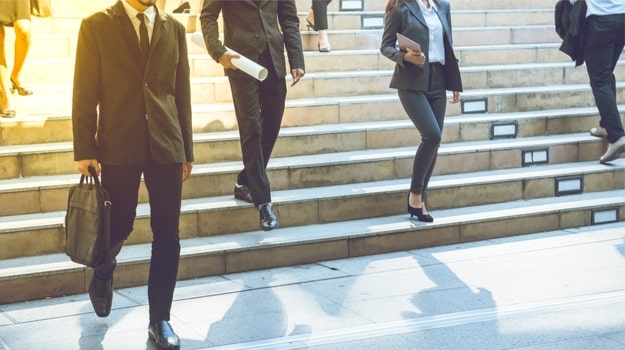 In addition, independent board member David Lamond is replacing Lynch as chair. Also, the company announced that Dr. Steve Dominy, board member and company chief scientific officer, was leaving the company.

“We want to recognize and thank Casey and Steve for their foundational contributions to Cortexyme, including the seminal discovery of the role P. gingivalis plays in the progression of the Alzheimer’s disease, in addition to leading efforts to establish clear proof-of-concept validation in the recently completed GAIN Trial,” said David Lamond. “Their conviction in following the evidence has created an attractive pipeline based on a rigorous scientific approach. Our top priority is to leverage our company’s strategic assets and drive the next stage of development at Cortexyme. Looking ahead, the board is highly confident in Chris Lowe’s ability to lead this next stage of the company’s development as he works to optimize the value of Cortexyme’s pipeline, in addition to leading efforts to explore opportunities to acquire additional assets and partnerships.”

No reasons were given for Lynch leaving the company and her LinkedIn page shows no change. The replacement is effective immediately. She was also co-founder of the company.

On January 25, 2022, the U.S. Food and Drug Administration placed a full clinical hold on the company’s Investigational New Drug application for atuzaginstat for Alzheimer’s. The company indicated it planned to immediately cut costs to rationalize operations and provide a cash runway through 2024. It will prioritize COR588 for Alzheimer’s disease and look for strategic options for its COVID-19 program and non-Alzheimer’s indications for COR388.

The company also announced a pipeline update. COR588 is completing a Phase I SAD/MAD trial in healthy participants. The drug is being developed for mild to moderate Alzheimer’s disease. They also announced a possible new indication for atuzaginstat (COR388)— oral/head and neck squamous cell carcinoma (O/HNSCC). The drug is a lysine gingipain inhibitor. P. gingivalis infection is linked to the development of O/HNSCC.

The company also plans to present more data analysis on its GAIN Trial of atuzaginstat in mild to moderate Alzheimer’s disease at the International Conference on Alzheimer’s and Parkinson’s Diseases and Related Neurological Disorders in Spain from March 15 to 20.

The company also plans to develop an oral formulation of atuzaginstat for periodontal disease.

Lowe stated, “Cortexyme is committed to following the evidence as we identify the most efficient path to expand our pipeline through both internal and external development. We believe that there are several promising paths to meaningfully advance our pipeline forward. This includes targeting the expansion of our pipeline in several therapeutic areas, including leveraging our proprietary protease inhibitor expertise for periodontal disease, the first indication targeted at preventing the development of oral squamous cell carcinoma where P. gingivalis infection plays an integral role, and coronavirus infection. With $126.7 million in cash on hand as of the end of 2021, Cortexyme is well-positioned to leverage our proprietary science and pioneering pipeline through both internal and external opportunities.”