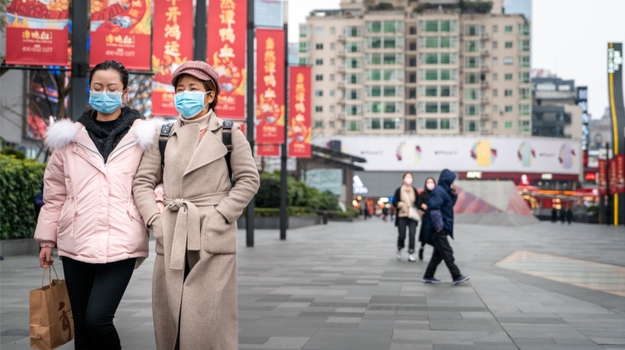 On February 5, 2020, it was reported that clinical trials of Gilead Sciences’ remdesivir had launched in Wuhan, China. The experimental antiviral is to be evaluated as a treatment for 2019-nCoV, or what is now being called Covid-19.

But there are now reports that the company and health authorities in China are having difficulties recruiting eligible patients. The trial’s goal is to test more than 700 patients infected with the coronavirus, but at this point, there have been fewer than 200 people recruited. At a Saturday press conference, Zhang Xinmin, an official from China’s Ministry of Science and Technology, said they had recruited 168 patients with severe symptoms and 17 with mild and moderate symptoms at 11 sites across Wuhan, Zhang Xinmin.

The clinical trial plan is to recruit 761 patients infected with the coronavirus, including 308 with mild and moderate symptoms and 452 with severe infections. The severely ill patients are required to be within 12 days of disease onset and can’t have taken other treatments in the last 30 days. Mild and moderate patients interested in the trial had to be within eight days of disease onset. All candidates are required to have positive lab results.

Most patients started taking therapies at home, either one recommended by China’s media or based on online anecdotes. There have also been false-negative test results because some of the lab assays appear to be flawed.

Meanwhile, state-owned pharmaceutical companies China Resources Pharmaceutical Group and China Medicine Health Industry Co. are speeding production of chloroquine. This drug appears to be effective in treating the coronavirus with no severe side effects. It has been in clinical use for more than 70 years.

Another study is ongoing of favipiravir compared to AbbVie’s Kaletra, an antiretroviral for HIV. China health officials have recommended broader clinical use of the drug based on 80 coronavirus patients. Zhejiang Hisun Pharmaceutical Co. manufactures favipiravir.

The outbreak appears to be slowing, although the number of infections in China continues to rise. It was reported yesterday that a neurologist, who was director of Wuchang Hospital in Wuhan, died from the infection despite a “full-effort rescue.” Liu Zhiming, 51, was the most prominent victim of the disease after whistleblower Li Wenliang died Feb. 7.

Current numbers indicate a global total of more than 73,000 confirmed infections. The number of cases in the U.S. is at least 29, after 14 infected American evacuees arrived from a cruise ship in Japan. The death toll is at least 1,874 people, all but five in mainland China.

Secretary-General Antonio Guterres, of the United Nations, said the outbreak poses “a very dangerous situation” for the world, but “is not out of control.” He added that “the risks are enormous and we need to be prepared worldwide for that.”

On Friday, Egypt reported its first case of coronavirus.

There is quite a bit of concern that there are unreported cases, which will make controlling the spread of the disease more difficult. Singapore’s prime minister Lee Hsien Loong recently posted a video to his Facebook channel, saying, “If the virus is widespread it is futile to try to trace every contact. If we still hospitalize and isolate every suspect case our hospitals will be overwhelmed.”

The World Health Organization, however, continues to say there is no evidence of “efficient community transmission outside of China.”