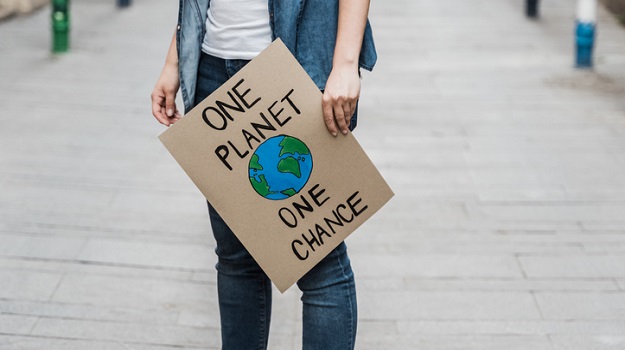 A study published Monday in Nature Climate Change showed that climate change is making more than half of hundreds of known infectious diseases worse. These include diseases such as malaria, hantavirus and cholera.

The researchers, from the University of Hawaii and the University of Wisconsin-Madison, ran a systematic search for examples of the impacts of 10 climatic hazards sensitive to greenhouse gas emissions on each known human pathogenic disease.

They found that 58%, or 218 out of 375 infectious diseases that affect people globally have been at some point aggravated by climate hazards - flooding, heat waves and drought. Of those, 16% had their impact lessened. The researchers identified and mapped 1,006 unique pathways where climatic hazards, “via different transmission types, led to pathogenic diseases.”

“If the climate is changing, the risk of these diseases is changing,” Jonathan Patz, M.D. MPH., co-author and director of the Global Health Institute at the University of Wisconsin-Madison, wrote in the study.

He added that physicians need to think of these diseases as symptoms of a sick Earth.

Effects Not Limited to Infectious Diseases

The research team didn’t limit their study to infectious diseases. They also looked at illnesses such as asthma, allergies and animal bites. They identified 286 unique illnesses, of which 223 appeared to be made worse by climate hazards, nine decreased by climate hazards and 54 were both aggravated and minimized.

Camilo Mora, Ph.D., a climate data analyst at the University of Hawaii, said the study doesn’t predict future cases. “There is no speculation here whatsoever. These are things that have already happened.”

One example is a case that occurred in Siberia in 2016. A reindeer that had died from anthrax decades earlier and been frozen in permafrost, thawed. A child touched it, caught anthrax and started an outbreak.

Jessica Leibler, DrPH, ScM, an environmental epidemiologist at the Boston University School of Public Health who wasn’t involved in the study, told NBC News that 58% “seems like a really high number, but it reflects the reality that infectious diseases are driven by what’s going on in our environment. Climate drives habitat change and disruption around the world. That also brings humans into contact with animal species in ways that we were not in contact with them historically or haven’t been in the recent past. Our recent pandemic is an example to the extent that the leading hypothesis is that bats might have played a role.”

Animals that commonly spread infectious diseases to humans include mosquitos, snakes, birds and rodents. One example, Mora noted, is voles, which use snow cover for winter habitat. But as snowpacks decrease, the small rodents seek shelter in homes, where he said they have been documented to transmit hantavirus.

Increased environmental temperatures have also increased the range of many animals and insects, such as ticks, fleas and mosquitoes, which carry West Nile virus, Zika and dengue fever.

A study published in Nature in April noted there were about 10,000 viruses with the potential to infect humans, and most are “circulating silently in wild mammals.” Climate change and shifts in land-use patterns increase the possibility of cross-species viral transmission as animals that rarely had contact with people have increased contact.

The authors wrote, “Whereas most studies agree that climate change mitigation through reducing greenhouse gas emissions will prevent extinctions and minimize harmful ecosystem impacts, our results suggest that mitigation alone cannot reduce the likelihood of climate-driven viral sharing. Instead, the mildest scenarios for global warming appear likely to produce at least as much or even more cross-species viral transmission.”

They project the possibility of more than 4,000 viruses that could be shared between different species that have never met. And that the sharing could be one virus or all of their viruses, “So when we’re saying 4,000, what we mean is there are going to be 4,000 pairs of species sharing viruses for the first time, and that could be 4,000 cross-species transmission,” Colin J. Carlson, Ph.D., an assistant professor of biology at Georgetown University and one of the co-authors of the April Nature study, said. “It could be 400,000. We just don’t know.”

Dr. Aaron Bernstein, M.D., MPH, interim director of the Center for Climate, Health, and the Global Environment at Harvard T.H. Chan School of Public Health, added, “It’s not entirely surprising that as habitats shrink and the climate warms, you see greater chances for animals to bump into each other - especially animals that have not historically been in contact with each other- and that creates interfaces where pathogens can move from one species to another. What it means for us is that we have to really think hard about how we approach emerging infections like COVID-19. And part of that has to take seriously the need to prevent spillover rather than trying to play catch-up.”