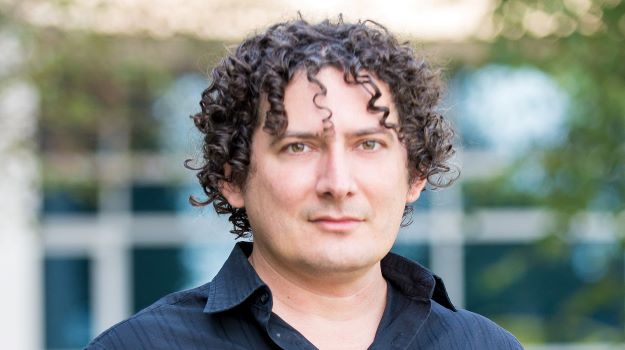 When COVID-19 shut down the world’s economies, governments across the globe, including the United States, began to pour money into vaccine research and development. Those funds led to the rapid development and deployment of vaccines, but few therapeutics against the virus have achieved the same speed of development. And that may be a problem as the virus shifts from pandemic to endemic.

“The virus will not be eradicated through vaccination alone. That means... we need our medicines. That was a failure of 2020 that doesn’t get enough emphasis,” Jake Glanville, chief executive officer of Bay Area-based Centivax, told BioSpace in an interview.

Glanville praised the swift response from the industry to develop vaccines that are highly effective against the original strain of the virus, as well as limited efficacy against emerging strains. However, he said more medications are needed, particularly as it appears herd immunity may not be achieved any time soon.

Medicines such as antivirals and monoclonal antibodies will be needed to combat the continued spread of COVID-19, he said. And that is where Centivax can play a role, Glanville believes.

The company is developing a monoclonal antibody, among other therapeutics, that could play a role in stemming widespread COVID-19 infections. From previous antibody therapies that have been authorized to treat COVID-19, including Eli Lilly’s and AbCellera’s bamlanivimab, Glanville said data shows they can have a significant impact in treating patients.

However, the rise of more virulent strains of COVID-19 have called for changes in strategy. Recently Eli Lilly and AbCellera sidelined bamlanivimab as a standalone treatment for COVID-19. Now the antibody must be paired with etesevimab as a more effective therapy. But, this combined monoclonal antibody treatment still requires an infusion, whereas Centivax’s experimental antibody is an ultrahigh concentration, which means can be administered via an intramuscular injection. And that can be beneficial in the long run.

Glanville said his company’s experimental broadly neutralizing antibody is easy to administer, especially when many infusion centers are already functioning at peak capacity administering other treatments.

“And more importantly it’s 99.5% effective against all strains in the USA including the all the scary new strains,” Glanville said. He added that globally, they’re seeing an efficacy of about 98% against the known strains based on tests in hamsters, animals commonly used to test antivirals. “This is telling us the drug will be useful.”

Centivax is working in conjunction with the U.S. Navy on the development of the antibody. If successful, ships could keep a stock of the antibody in order to prevent an onboard outbreak that could destabilize the vessel.

The Centivax antibody is expected to enter the clinic by Aug. 1, but Glanville is hoping the timeline can be moved up to July. He anticipates an accelerated clinical program, but not at the same urgent speed Eli Lilly and Regeneron had when developing their antibody treatments. The Phase I trial is expected to last about three months, then could shift into a Phase II/III. It’s possible the company could seek emergency use authorization in early 2022.

A single shot should provide 28-42 days of protection, he said. It can also be used as a prophylactic, which will benefit family members who are around someone with the virus.

“It’s like a vaccine but it works instantly, just doesn’t last as long,” he said.

If the antibody is approved, Glanville said people could receive the drug at their doctor’s office following a COVID-19 diagnosis, or possibly pick it up at the corner drugstore and administer it at home.

“As soon as you have a positive test, the drug could be administered,” he said. “The way antivirals work, the earlier you can give the medicine, it’s more effective at preventing that runaway wildfire infection in your body.”

Centivax was initially a therapeutics spinout of Distributed Bio, a contract research organization. Earlier this year, Glanville sold Distributed Bio, to Charles River Laboratories for $83 million in upfront money. Last year, the company struck several partnerships to combat COVID-19. The company partnered with SwiftScale Biologics on an antibody. It also struck a deal with Thermo Fisher Scientific, which evaluated several variants of Centivax's antibody candidates for use in research, including flow cytometry, histopathology, in vitro and in vivo neutralization, Luminex and ELISA applications.