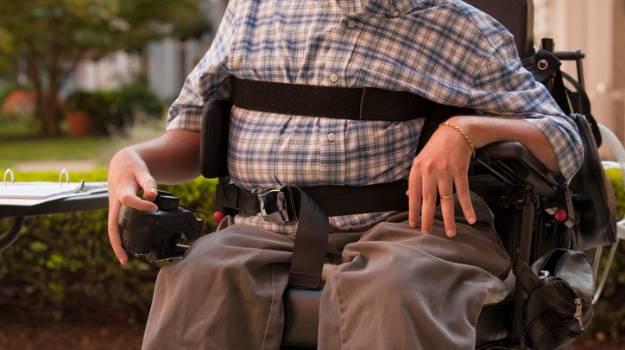 Research scientists from the School of Biomedical Engineering at the University of British Columbia have found that a colony-stimulating factor 1 receptor (CSF1R) inhibitor, best known as a cancer drug, may also be a potential treatment for Duchenne muscular dystrophy (DMD), a severe genetic disorder afflicting the muscles.

These findings, published in the high-impact journal Science Translational Medicine, came as a big surprise to the researchers, who were initially investigating the role of resident macrophages in muscle regeneration.

Experiments in mouse models of DMD showed that treatment with the CSF1R inhibitor reduced the number of these macrophages in the muscles. This triggered a transition of muscular fibers from the more damage-sensitive fast-twitch type to the more robust slow-twitch muscles. Over the next couple of months, mice treated with the CSF1R inhibitor saw an increase in these damage-resistant muscles and became more capable of performing physical tasks than untreated mice.

“CSF1R inhibition is conceptually similar to the steroid treatment that most DMD patients receive. It should slow down loss of function but not prevent disease progression completely. As we think it works with a different mechanism from steroids, the two drugs may be used in combination and give synergistic effects,” Farshad Babaeijandaghi, the study’s first author and a postdoctoral fellow at the University of British Columbia’s Biomedical Research Center, told BioSpace.

However, which specific molecules are at play and the exact sequence of events is still currently unknown, he added.

Affecting one in every 3,500 males, DMD is a rare and severe genetic disorder characterized by the progressive weakening of the muscles due to defects in the protein dystrophin, which under healthy circumstances helps preserve muscle fibers. DMD does occur in females but is much rarer. The condition often arises early in childhood, and as patients age, they become increasingly dependent on mobility aids or caregivers. At advanced stages, DMD can also compromise heart and lung function.

Though there are drugs that slow disease progression and increase life expectancy, there is currently no cure for DMD. Management options are likewise sparse and are typically limited to corticosteroids, which work in a way that is not entirely understood yet. Gene therapies have been in development as well, but none have so far been approved for clinical use. Though CSF1R inhibitors cannot cure DMD, they can be used in combination with other existing or upcoming drugs to yield better efficacies and improve patient outcomes.

“We believe the profound effect of CSF1R inhibitors on the type of muscle fibers has a potential to delay disease progression, helping people stay mobile and out of wheelchairs for longer,” he added. “We are planning to further explore the therapeutic potentials of CSF1R inhibitors on dystrophic rats, a superior animal model of human DMD.”

The CSF1R inhibitor used in the study was developed by California’s Plexxikon Inc., which has since been bought by the Japanese pharma company Daiichi Sankyo. The researchers are currently negotiating with Daiichi to further develop the drug.