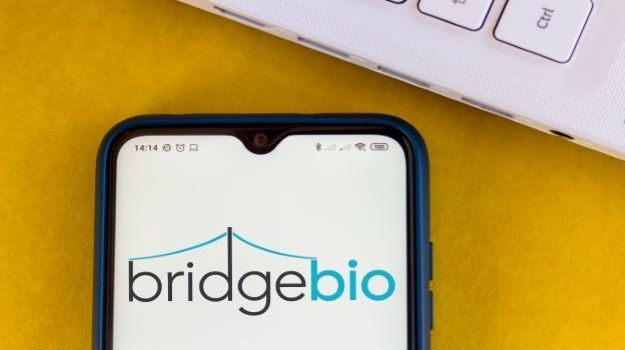 The data from the first two CANaspire participants show that BBP-812 infusion can strongly suppress N-acetylaspartate (NAA) levels even up to months after treatment while also inducing new myelination. One patient, for example, showed an 89% reduction in NAA levels in the cerebrospinal fluid three months after BBP-812 treatment, along with an 81% drop in urinary NAA.

Of note, this patient also saw a drop of at least 50% in NAA levels in the brain white matter, suggesting that BridgeBio’s candidate was able to cross the near-impenetrable blood-brain barrier and reach its target on the other side.

Data from the second CANaspire participant showed that the therapy's benefits were durable and could persist until six months after treatment. In this patient, NAA levels in the cerebrospinal fluid remained reduced by nearly 80%, in the urine by about half and in brain white matter by 15%. BridgeBio plans to present these findings on July 8 during the Research Day at the National Tay Sachs & Allied Diseases Association Annual Family Conference.

“These results are the first reported demonstration of rapid and robust treatment changes in key disease markers associated with the severity of disease. So, while it is still very early, the results are an encouraging sign that the therapy may be having a positive impact,” Eric David, M.D., J.D., chief executive officer of BridgeBio Gene Therapy, told BioSpace.

Affecting around 1,000 children in the United States and European Union, Canavan disease is an ultra-rare, heritable genetic condition caused by a mutation in the ASPA gene. In turn, this impairs the activity of the enzyme aspartoacylase, which under normal conditions breaks down NAA. A buildup of NAA could then prove toxic to myelin, the protective sheaths around neurons.

BBP-812 is an investigational adeno-associated virus (AAV) gene therapy that seeks to cure Canavan disease by delivering functional copies of the ASPA gene into the brain and throughout the body. Though currently unapproved for clinical use, BBP-812 is showing early potential to be the first treatment option for children with Canavan disease.

“Preclinical proof-of-concept results have shown the approach restores survival and normal motor function in Canavan disease models. And we did extensive studies in non-human primates to show that our mode of delivery, IV delivery, was superior to ICV or IT delivery in getting into the deep white matter in the brain that is so important in this disease,” David said.

Founded in 2015, California-Based BridgeBio is focused on discovering and developing drugs for genetic diseases or cancers with clear genetic foundations and boasts a healthy pipeline of gene therapies and precision drug candidates. In December 2021, the company hit a major roadblock when acoramidis, its leading candidate for symptomatic transthyretin amyloid cardiomyopathy (ATTR-CM), disappointed in a Phase III trial. Company shares took a nosedive leading to a series of layoffs in the subsequent months.

But with three high-profile, high-value wins last month, BridgeBio now seems to have hit its stride. In early May, the company announced that it had entered into a $90 million exclusive license agreement with industry behemoth Bristol Myers Squibb, with a receivable of $815 million more in milestones. The following day, BridgeBio sold its rare pediatric diseases Priority Review Voucher for $110 million to an undisclosed buyer. In the same week, the company released encouraging results for its intravenous candidate PTR-01 for the treatment of recessive dystrophic epidermolysis bullosa.