Breaking the Silos: How One Doctor is Working to Reshape Medicine 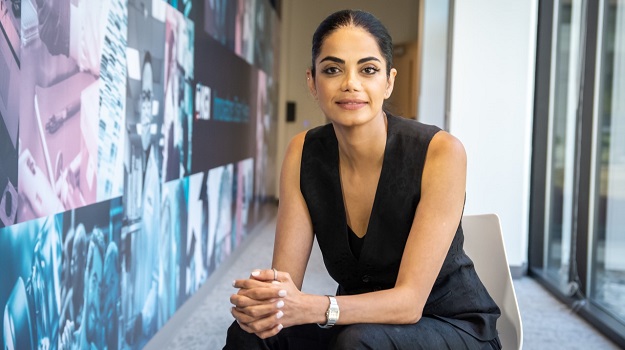 As a young woman in Iran, Dr. Kiana Aran made the choice to study electrical engineering. She didn’t know it at the time, but this would lead her to her true passion: biology.

The result is novel bio-integrated electronic platforms and a hope that we will soon be able to predict diseases in people before they start.

It’s one of the many reasons Aran is not just a scientist at the Keck Graduate Institute (KGI), but she’s also a successful biomedical entrepreneur. Aran is also a co-founder and chief scientific officer at Cardea Bio and a consultant with the Bill & Melinda Gates Foundation.

BioSpace sat down with Aran to discuss her life, her accomplishments and what it means to be a successful woman in science on a global scale.

While she may not have imagined herself as a biomedical engineer, Aran was always driven to succeed in the sciences. Her parents were both teachers and expected her to do well in school.

“The decision to become a scientist probably matured for me through my experiences in life”, she said.

“Growing up in Iran, education was very important for our families," Aran said. "Iranian women are very well educated. In Iran, if you're good at math and science and physics, you automatically are expected to become an electrical engineer.”

Aran came to the United States at age 19 to study electrical engineering. She admits that she wasn’t particularly passionate about it.

With her drive to be the best, Aran continued to excel in her major, despite her lack of all-encompassing enthusiasm for it. While she was striving to be one of the top students “of all time," she didn’t spend much time thinking about how she would like to apply her skills after school.

“Then I got to my Ph.D., where I really started using my electrical engineering, but for a biological application...I was an engineer who would get fascinated about biological sciences, “  Aran said.

It was at this point, Aran says, when “everything came together."  She realized that electrical engineering could be applied to her true passion.

The Aran Lab and Biosensing

After joining KCI in 2017, Aran opened her lab at the school with the goal of integrating biology and technology using electronics.

Her work is divided into two parts: “In one half, we develop a modern sensor model by integrated sensors. In the other half, we basically utilize the sensing technologies for age-associated diseases, such as cancer and neurological diseases.”

What exactly does this mean?  “We look at biology and nature, and we look at these biomolecules that have a very specific function. And then we investigate to see if those functions are something that we can utilize to design tools.”

One prime example is CRISPR technology, which Aran said is "developed by nature in bacteria as their defense system against viruses.”

“If we can really detect the result of (CRISPR’s) search, then we have a nature-created tool that can detect diseases like genetic diseases,” Aran explains. This is just one example of the research performed by Aran’s lab.

By bridging the gulf between technology and biology, Aran’s lab is also creating tools that can help fight diseases such as Alzheimer’s and ALS.  Aran refers to this as “breaking the silos" - dismantling a system where technology and biology progress separately and find ways to work together instead.

It also means breaking down silos in other areas instead, Aran said.  She acknowledged that biometrics can be intimidating to potential users, particularly to older people who might benefit from the technology most.

Aran’s work will hopefully do more than create healthcare treatments. It will also hopefully impart change in the way these treatments are brought to market, so they’re readily accepted and put to use by users.

On The Future and Empowering Women

What’s next for Aran and her lab?

With her success at a young age as a winner of Clinical OMIC's 10 under 40 Award and with her Iranian heritage, Aran is aware of how profound her accomplishments are to women in science across the globe.

Aran acknowledged the current political upheaval in Iran made this need for global outreach even more essential.

“With Iranian women and everything that is going on in Iran, I feel it's a different scenario, because they're fighting for their basic human rights.”

“Yes, I'm an Iranian scientist, and I'm an Iranian woman… I'm proud to be a part of that community. But again, I think when we talk about science and its impact, really, borders become irrelevant. “

Aran ultimately hopes to have an impact on how government, academia and the medical industry work together. She believes a rethink is necessary so that scientists aren’t just developing a technology and leaving it to languish without proper commercialization.

“They have to work together. You know, KGI has done a great job with that, and I think this is why I have been successful in really translating my technology into commercial applications. We need more of that.”

For now, Aran and her team will continue breaking down silos so that technology and biology can work together to create better healthcare.