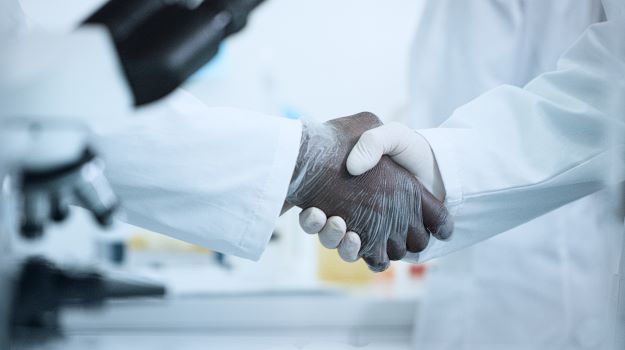 Blueprint Medicines announced strategic financing collaborations with Sixth Street and Royalty Pharma totaling up to $1.25 billion. The deals with the life science-focused investors provide capital to expand Blueprint’s pipeline toward commercialization and will enable the company to continue pursuing business development opportunities.

The collaboration with Sixth Street has three main components. First, Sixth Street will pay Blueprint a $250 million upfront cash payment in exchange for 9.75% royalties on the latter's products AYVAKIT and BLU-263, both potential treatments for systemic mastocytosis (SM). There is an annual cap of $900 million in net sales and a cumulative cap of 1.45 times the invested capital.

"Blueprint Medicines is an impressive and differentiated biopharmaceutical company, with a proven track record of success in developing and commercializing precision therapies. We are particularly excited about the opportunity for AYVAKIT to meet the substantial need in patients with non-advanced systemic mastocytosis," Vijay Mohan and Jeff Pootoolal, partners at Sixth Street, said in a statement.

In the second collaboration, Royalty Pharma plans to monetize royalties receivable from Blueprint’s drug Gavreto, a treatment Blueprint developed with Roche for certain types of non-small cell lung cancer and thyroid cancer. Royalty Pharma will receive royalties from net sales outside of the U.S., not including Greater China, with $175 million cash paid to Blueprint upfront and up to $165 million in potential milestone payments based on future sales.

"Gavreto is an important precision therapy that has been incredibly meaningful for patients with metastatic, RET fusion-positive non-small cell lung cancer who may have otherwise had limited options," Pablo Legorreta, Royalty Pharma's founder and CEO, said in a statement. "We are pleased to establish a partnership with the experienced team at Blueprint Medicines to help fuel their execution on the significant commercial and development opportunities they have ahead."

These collaborations are the latest in a series of successes for Blueprint. At the European Hematology Association (EHA) 2022 Congress in early June, the company announced positive data for AYVAKIT, showing that the drug significantly improved overall survival in advanced SM.

In February, Blueprint forged another collaboration, this time with Proteovant Therapeutics to advance novel targeted protein degrader therapies. In March, AYVAKIT (branded AYVAKYT) received approval from the European Commission to treat adults with SM. Ayvakyt was the first approved therapy in the European Union designed to selectively target the KIT D816V mutation.

Now with the two latest collaborations, Blueprint is confident in its successful future.

"Executing this deal with such favorable terms in the current market environment speaks to the quality of the assets, the aligned confidence in the commercial opportunities, and the investment opportunity that Blueprint Medicines represents overall for firms like Sixth Street and Royalty Pharma, with whom we are building long-term strategic relationships," Haviland said.