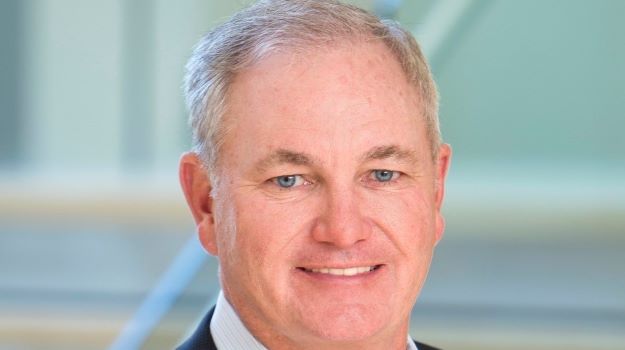 John Edwards, newly-appointed CEO of Verseau Therapeutics, is continually searching for something special. He calls it “the third dimension,” and it’s the element that separates the ordinary from the extraordinary, both in his personal, as well as his professional, life.

His photography – a passion since childhood – is one example.

“I was on a remote island in Indonesia when I saw a herd of horses running on the beach in the distance. I immediately grabbed my camera and ran down to the beach,” Edwards said. “To my surprise one of the horses headed into the surf and I followed close behind. As this bizarre scene unfolded, all of sudden a wave crashed over the horse, and I captured the moment.”

Other work, like the reflection of the Buddha, is more contemplative but equally striking.

Edwards could be called a biotech whisperer who has helped bring ten products to market.

“This has included my involvement with products at all stages of development, from programs in early discovery or in clinical development, as well as products preparing for commercialization,” he said.

He recently served as executive chair at Tilos Therapeutics (acquired by Merck after two years) and at F-star. As chief operating officer at Adnexus, he helped take the company from start-up through a $450 million acquisition by Bristol Myers Squibb, and then served as Adnexus’ president.

He has served as VP of sales, marketing, and medical affairs at Transkaryotic Therapies, and worked at Genetics Institute/Wyeth for 15 years, leading the effort to take the company’s first product from research to FDA and EMA approvals. He also had key roles in building Siamab and Exonics, and was among the first employees of Genzyme.

What he learned is that “like sports, you have to surround yourself with the A team in every area of the company. If a company doesn’t have the A team, I either do not get involved or I make sure there is a willingness to change the situation.”

By an ‘A’ team, Edwards means people who not only have the skills and knowledge, but who also have the willingness to challenge each other.

Therefore, team members need to consider how changes in one area affect the others.

“I had one chief scientific officer (CSO) who told me, ‘You’re my favorite person to argue with,” Edwards recalled. “It wasn’t about ego, but about finding the best way to develop a drug and build a successful company.”

By challenging each other, they sometimes found even better options.

Given we are an industry with a high failure rate, to build successful companies, he said, “one needs to do everything possible to stack the deck to increases your odds of being successful.” That means:

L. Patrick Gage, Ph.D., then EVP of R&D for Genetics Institute, Inc., and later president, Wyeth Research, was one of Edwards’ early mentors.

“He got the whole picture. He understood the science, drug development, and the importance of people and culture. Pat taught me early on the importance of EQ (emotional quotient) in an IQ (intelligence quotient) dominated industry,” Edwards recalled.

Gage took a chance on Edwards, hiring him as executive director for a drug discovery program early in his career. Edwards was atypical for this and other roles throughout his career.

For example, he graduated with a BS in chemical engineering from the University of Massachusetts Amhurst and an MBA from Boston University. And, he added, “When recruiting me to lead one of Genetics Institute’s key programs I was only 32, when other (colleagues) were in their 40s with Ph.D.s., and post-docs from Ivy league schools. There was understandably some nervousness about how I would handle the job.”

He ended up leading this drug from discovery to marketing, going from the start of Phase I to FDA approval in a record 24 months.

A few years later he jumped from more established biotech companies to helping build early-stage companies. Adnexus Therapeutics was the first company he helped to raise a Series A financing.

“I became chief operating officer pretty quickly, and then president,” Edwards said. He generated an 8-fold return on investment for shareholders in three years when Adnexus was acquired by BMS. “What’s cool is that unlike many typical acquisitions by pharma, BMS brought us into their company and truly wanted to leverage the best of what a start-up biotech company can offer. Under BMS, Adnexus grew from 50 to 100 people and became one of the top 100 companies to work for in Massachusetts.”

“Macrophages are present in about 75% of tumors, so they have the potential for broader applications across more tumor types and patients, and a more potent effect than T cells,” he said.

Verseau plans to file an Investigational New Drug application (IND) later this year, and a second program in late 2022.

Some of the immuno-oncology segment’s leading players are looking into the potential of macrophages, too.

“Although there is growing competition in this important new space, we have reason to believe that some macrophage repolarizers will be better suited to some indications than others, so their significant investment encourages me,” he said. Rather than being concerned about the competition, Edwards’ approach is to “understand where we are most competitive and focus on that.”