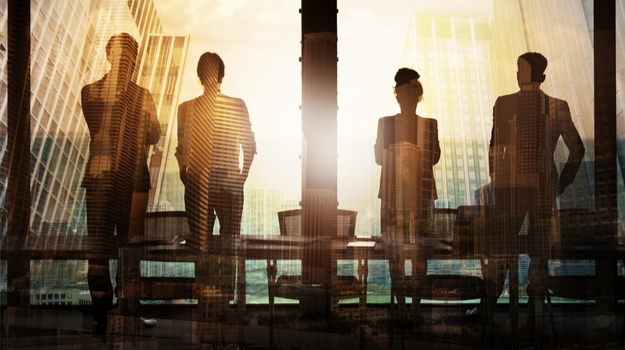 Akcea – Lisa Johnson-Pratt was named senior vice president of new product strategy at Boston-based Akcea Therapeutics. In this role, Johnson-Pratt will drive Akcea’s corporate strategy and provide strategic support for the development and commercialization of new pipeline products. The company also announced the appointment of Joshua Patterson as general counsel. Patterson previously served as vice president, legal and corporate secretary at Akcea. Previously Johnson-Pratt was with GlaxoSmithKline, where she most recently served as vice president of global franchise operations. She joined GSK as head of pipeline and oncology commercial strategy and also served as marketing director of innovative assets at Stiefel Laboratories, a GSK company. Prior to GSK, Johnson-Pratt worked at Merck & Co. Patterson joined Akcea as vice president, legal and corporate secretary in March 2018. Prior to joining Akcea, Patterson was a member of the legal team at Ionis Pharmaceuticals, Inc. He also previously served as in-house counsel at Amylin Pharmaceuticals, Inc.

Adaptate – U.K.-based Adaptate Biotherapeutics named Mihriban Tuna as chief scientific officer. Tuna has over 15 years’ experience in biologics drug discovery and development across biotech and pharma. She joins Adaptate from F-star where she was senior vice president of Drug Discovery, overseeing all internal and collaborative bispecific antibody programs from concept through to candidate selection. Previously she held key scientific roles within antibody generation and technology development at Domantis and later in Biopharm R&D at GlaxoSmithKline.

FUJIFILM -- FUJIFILM Diosynth Biotechnologies (FDB) announced that Steve Bagshaw, chief executive officer of FDB, has decided to retire from his current position, effective April 1. Bagshaw will continue with the company in the role of non-executive chairman. Martin Meeson has been appointed by the FDB Executive Committee to succeed Steve Bagshaw as CEO. Presently Meeson serves as president & chief operating officer of FUJIFILM Diosynth Biotechnologies, U.S.A., Inc. Meeson’s tenure at FDB began in 2008 when he joined the company as director of finance, IT and supply chain for the United Kingdom site. In 2013 he moved to the North Carolina site as senior vice president of global finance. He was named president and chief operating officer of the U.S. operations on April 1, 2015. In this role, Meeson has spearheaded the company’s long term gene therapy growth strategy and driven significant investment for expansion at both the North Carolina and Texas facilities. Before joining FDB, Meeson was finance director at Oxford Chemicals where he was responsible for all aspects of finance, IT, and purchasing. He has also held leadership positions at Hibernia Foods, ICI/DuPont and KPMG.

Eyevensys – Paris-based Eyevensys, a privately-held biotech, announced the expansion of its leadership team with the appointments of Gerald Cagle as the board’s chairman, Francine Behar-Cohen to chief innovation officer and Thierry Bordet as the CSO. Cagle, who joined Eyevensys’ board of directors in 2018, was the former CSO at Alcon Laboratories, the world’s largest eye care device company. He will replace Garth Cumberlidge, the company’s current chairman of the board. Eyevensys founder and previous CSO. Behar-Cohen will assume the role of CIO – a newly created position at the company. Thierry Bordet has been promoted to CSO from his previous position as pre-clinical director for the company. Prior to coming to Eyevensys in 2017, Bordet had over 15 years of experience in the biotechnology sector having managed drug development programs for small molecules, gene therapies, cell-based therapies and tissue-engineered products.

TScan – Waltham, Mass.-based TScan Therapeutics named Douglas Fambrough, president and CEO of Dicerna Pharmaceuticals to its board of directors. Fambrough co-founded Dicerna in 2007 and has served as the Company’s president and CEO since 2010. He has led Dicerna through both the development of its unique GalXC platform and its transformation into a successful, publicly-traded company. Prior to Dicerna, Fambrough specialized in financing innovative life science technology companies as a general partner with Oxford Bioscience Partners.

Horama – France-based HORAMA named Rodolphe Clerval as its chief business officer. He will be responsible for business and corporate development, supporting HORAMA in operating a portfolio of gene therapy programs in inherited retinal dystrophies. Prior to joining HORAMA, Clerval was co-founder and CBO at Enterome. During his tenure at Enterome, he has executed over 15 transactions, including major industrial partnerships with Takeda, J&J, BMS, AbbVie and Nestle Health Sciences, totalizing over €100m in upfront and R&D payments and in equity investments.

Strand – Dan Wittrup was named to the scientific advisory board of Strand Therapeutics. Also, Mark Frohlich was named to the company’s newly formed clinical advisory board. Wittrup is the C.P. Dubbs Professor of Chemical Engineering and Biological Engineering at MIT. Frohlich has been involved in the clinical development of immunotherapies for cancer for more than 20 years. He currently serves as a strategic advisor or board member for several immuno-oncology biotech companies.

Simcere – China's Simcere Pharmaceutical Group named Dr. Kevin Oliver as Senior Vice President in charge of Business Development in the United States. Oliver will report to Simcere's Chairman and CEO. Prior to Simcere, Oliver worked for Merck in various R&D and BD management positions for more than 20 years.

INVO – Florida-based INVO Bioscience named Yve Lyppens as director of business development for Asia Pacific. Based in Hong Kong, Lyppens will work with the company's COO and head of Business Development, Michael Campbell, in developing the company's sales and distribution network throughout Asia. Lyppens comes to INVO Bioscience with more than a decade of experience in sales and distribution management. From 2016 to the present, he served as Asia Pacific Sales Director for Biomedic Hong Kong Ltd., a medical device distributor in Mainland China.